From chocolaty lover boy of Ishq Vishk to a wild rock star of Udta Punjab, Shahid Kapoor is a versatile actor who never sticks to a single image. In his long career of 13 years, he established himself from a back stage dancer to a matured actor. He has acted in more than two dozen movies and every time he amazes the audiences with a new avatar.
Let’s have a look of the hottest avatars of this charming actor throughout his filmy career:

Tommy Singh as a rock star

In the character of a drug addict rock star.

With long ragged hair, extra toned muscles and multiple tattoos carved in his body, Shahid has not made any attempt left for his fans to go crazy.

In the perfect rock star look, he looks damn sexy. 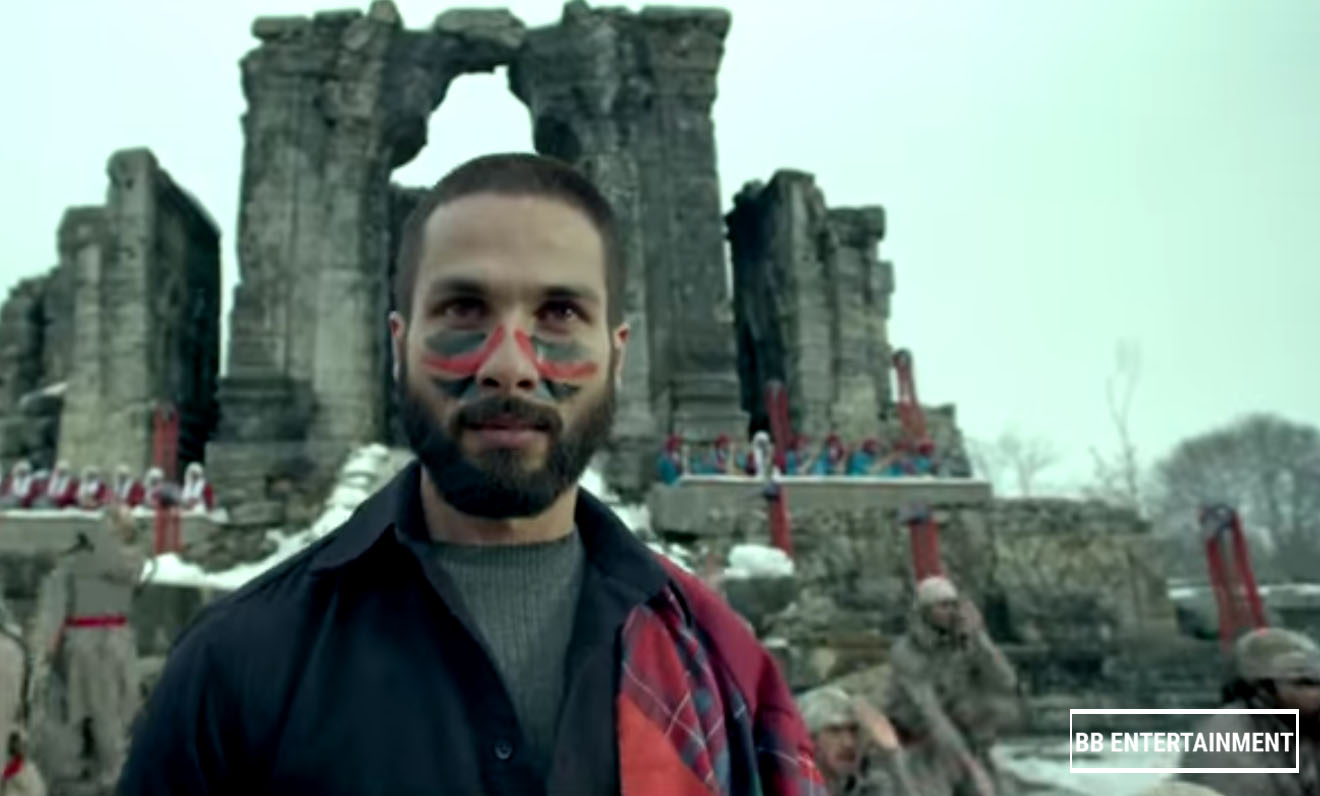 Shahid has played the role of the main protagonist of this famous drama i.e. Hamlet aka Haider.

The daring actor has given a bearded look and has put a deep mark on his fans. This downturn his image of just being a chocolaty actor but has proved that he suits and can impress with other looks as well.

As Romeo Rajkumar, a true lover

Movie- R Rajkumar
Year- 2013
R. Rajkumar is a mad lover who can do anything to find his love.
With outstanding action, he made a remarkable impact.

Vishwas Rao as an aspiring actor. With his dance, action, and witty dialogues the actor impressed the audiences a lot.

Kunal Kohli as a romantic guy

Shahid has shown his versatility in justifying all the three characters.

Harinder Singh as a Punjabi Munda

Harry Singh is a brave soldier who fights in Kargil war. His look of an army man has stunned the public.

Karan as a smart crook

Karan in greed of money turned himself as a smart crook but finally realized his mistake.
As a stud, the actor fits aptly in the role.

Rahul is a young teacher. In the look of a young charming teacher the actor impressed the crowd.

Rohan Singh as a cricket player

Rohan is a sportsperson and his look as a cricketer suited to him well.

Prem as an ideal husband

In this Rajshree Production movie, Shahid has played the role of an ideal son / husband / businessman.

With his charming look, Shahid has justified the role of the ideal husband.

In Kaminey Shahid has played the role of twin brothers Charlie and Guddu.
With toned body and macho look Shahid was successful in impressing his fans.

Raj Malhotra as an architect

In the movie, Shahid is seen playing the role of Raj Malhotra who is in search of his true lucky charm.
The movie is special as he was seen romancing first time on the screen with Vidya Balan.

Aditya Kashyap as a businessman

Shahid played the role of a successful businessman. It was one of the most loved movie of the actor.
This is the first movie in which Shahid has projected himself perfectly in the look of a corporate executive and won huge applauds for his matured acting.

This was a multi starrer movie in which Shahid played the role of Jeetu Prasad Sharma, an unfortunate businessman who is totally submerged in debt.

In some part of the movie Shahid is seen playing the role of deft as well as dumb which is a huge source of laughter in the movie.

Rajiv Mathur as a college boy

The movie was the first breakthrough of Shahid as an actor in which he plays the role of Rajiv Mathur who is a cool college going, student. Shahid was seen romancing with two heroines in this movie.

This was the movie which gave Shahid the chocolaty boy image. With his peppy dance style and charming boyish look, Shahid made a good influence in B-Town.