Ae Dil Hai Mushkil is every fan girl’s dream come true. With Fawad Khan and Ranbir Kapoor sharing the screen space, being a movie directed by KJo, gosh, what more can one ask for?!

Karan Johar, a renowned producer, and director who is known for making ♥ ♥ ♥ ♥ ♥ romantic movies ♥ ♥ ♥ ♥ ♥ is again back with his new romantic movie ‘Ae Dil Hai Mushkil‘.

Friends, you will have to wait a little longer for the trailer of upcoming movie Ae Dil Hai Mushkil. As the movie will be released in October. Trailer will probably be released in July or August.

As the name depicts, the movie is about the turmoil of love relationships. In this, Ranbir Kapoor, Aishwarya Rai, and Anushka Sharma are in main leads with Fawad Khan.

A big thanks to KJo for the most gorgeous pic of Anushka Sharma, a still from Ae Dil Hai Mushkil

In case you didn’t know, it was her birthday on May 1. The thoughtful director wished her on twitter with this photo. 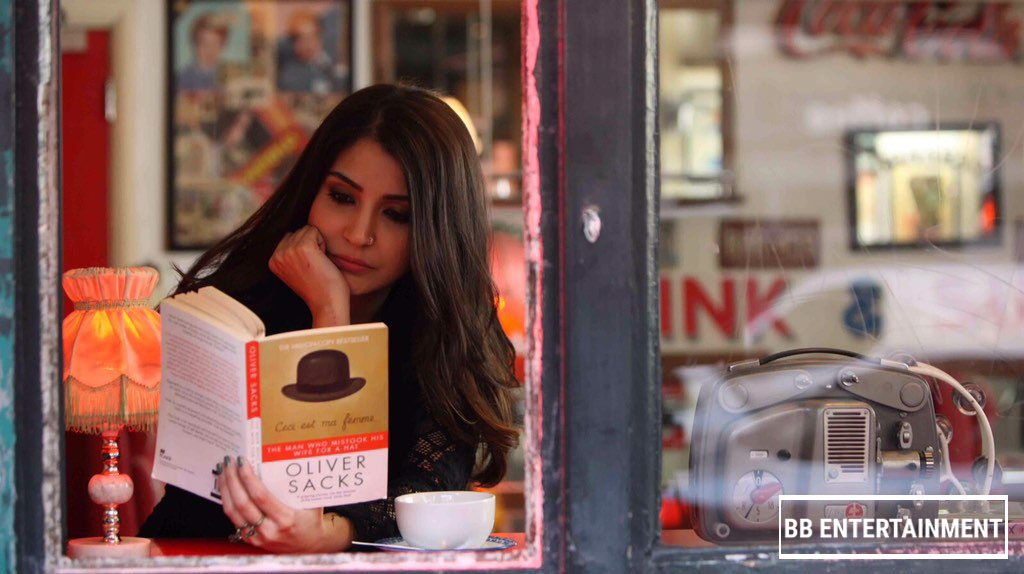 ‘Ae Dil Hai Mushkil’ is written and directed by Karan Johar himself. He is directing the movie after 3 years. It is produced by Hiroo Yash Johar and Karan Johar. The music has been given by Pritam. It is scheduled to release on 28 October 2016 on the occasion of Diwali.

In Ae Dil Hai Mushkil, it is the first time that Aishwarya Rai will work with Karan Johar. Karan Johar is working with Ranbir and Anushka second time after Bombay Velvet. You will see Saif Ali Khan and Imran Abbas Naqvi in a guest appearance. Sunny Leone is also in a cameo in the movie. Lisa Haydon also has an important role in the movie. The film’s shooting has been done in various places such as London, Paris, Vienna city of Austria, Rajasthan. Recently, few images taken by fans during the shooting of the movie were leaked on the internet. Presently, shooting of the movie is going on in Austria. For the trailer, you still have to wait for some time.

In the movie, you will see intense love stories and the pain of 💔 heartbreak 💔 .

Ranbir Kapoor will be seen playing the role of a Hindu boy from India, whereas Anushka Sharma and Fawad Khan are Muslims from Pakistan. Earlier, there were speculations that it is a love triangle. But now it is clear that Ranbir Kapoor is paired opposite to Aishwarya Rai. Ranbir Kapoor will fall in love with a older lady. He is playing a quite, lonely character.

Whereas Fawad Khan and Anushka Sharma are paired against each other. Both are from Pakistan and fall in love with each other in the foreign country. Fawad Khan is a DJ and Anushka is from nawab family. Both families reject their relationships. Anushka leaves her home in disappointment. The story revolves around their love and what happens to their broken hearts 😢 .

Ae Dil Hai Mushkil is a big budget movie. From movie’s cast to shooting locations all are wonderful. Audience has great expectations from this movie. Karan Johar himself is a brand and known for making entertaining movies. So we hope that this movie will also entertain the audience and will do well at box office.