Sonakshi Sinha starrer Akira is a Bollywood movie in action drama genre. If the posters are anything to go by, Akira promises a lot of power punches. First of all, a hat tip to Sonakshi Sinha for bringing a female centric movie in action drama genre in Bollywood. For all those who love fun filled action packed cinema, Akira will be great movie. Check out here all posters, official movie trailer, cast, and release date of Akira.

On June 28, 2016, Sonakshi Sinha tweeted first poster of Akira saying “She will fight back. No one will be forgiven! Heres the 1st poster of #Akira & more good news: #AkiraTrailerOnJuly4”. 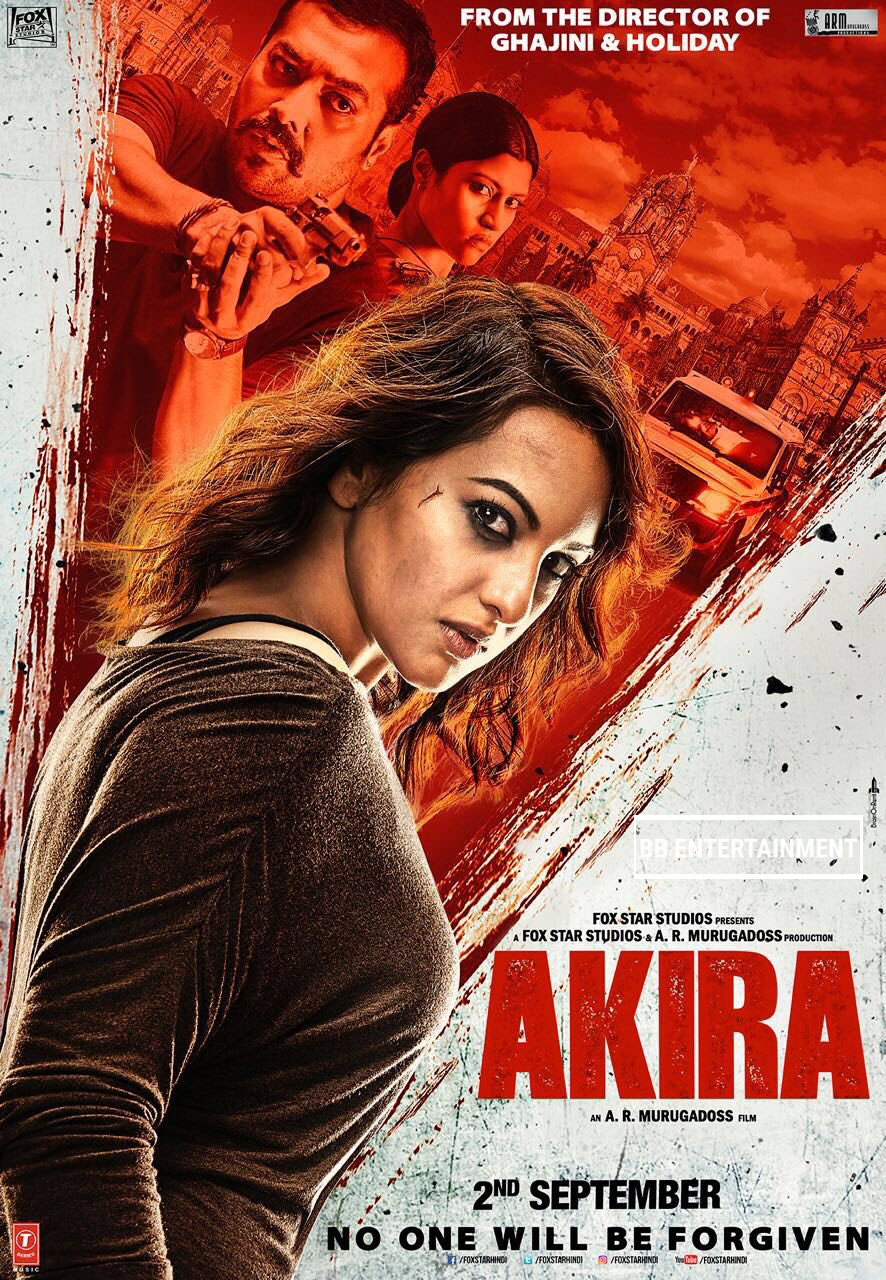 As can be seen from her tweet, official trailer of Akira will release on July 4, 2016.