The viral cheetah story on social media claims that the a impala / deer mother sacrificed herself to the cheetahs to save her young. It also says that the wildlife photographer, Alison Buttigieg, fell into a depression after she took the stunning shot. 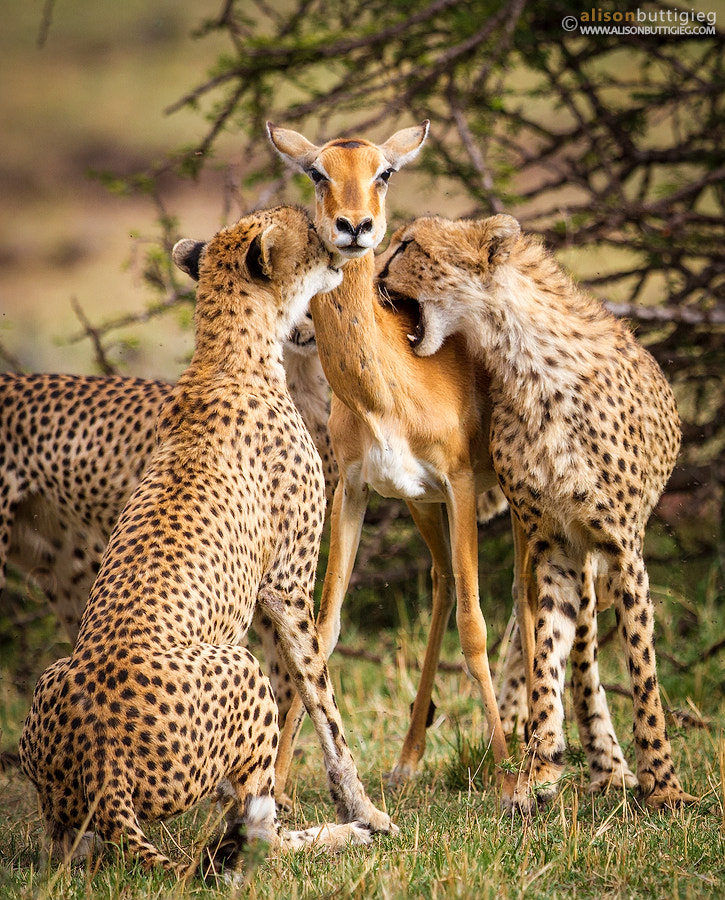 This photo won the award for the best photo of the decade and led the photographer into depression.

The Cheetahs chased a mother deer and her 2 fawns (baby deers), the mother could’ve easily outrun Cheetahs but instead she offered herself to Cheetahs so that her kids to run to safety. In the picture she is seen looking at her baby’s running safely as she is about to get torn into pieces. #MothersLove Picture Credit : Allison Buttigieg

Disappointed with what her photographs were made out to be, Alison took to Facebook to express her dismay:

She also narrated the real story behind these poignant yet powerful pictures on her blog by name Cheetah Kill.

It’s not always easy to discern between real and fake news. But readers can always go one extra step to verify sources before they become complicit in perpetuating viral untruths.