The April fools day is the day when you can pull simple and easy pranks on your friends and they won’t feel bad about it. So, where did this April Fools day even come from? Was it a result of a childish gig or something more important and relevant? The April Fools day is also called the All Fools day, haha even the name has lots of pun in it.

We have also curated a list of April Fools day quotes that you can post as your status and let your friends know how witty you are. Check all of them out here.

Well, there are a heck lot of reasons as to why the April Fools day is actually celebrated? Of which one of them is the reason is that some year ago New Year celebrations went on till the month of April and the holidays for those would go on for a long period ending on the 1st of April in a few areas of France. Those who did not celebrate the New Year on January 1 but on other dates when were made fun of and that is perhaps they were known as April Fools. 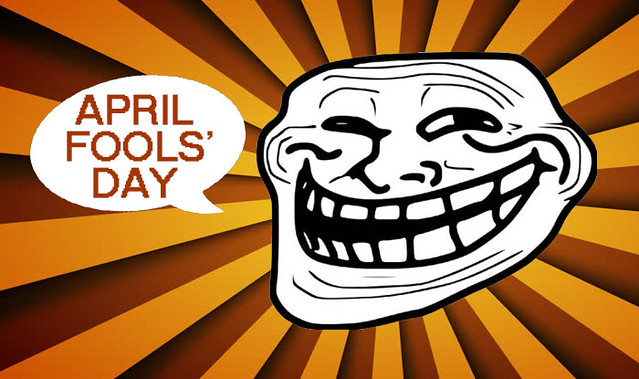 The other story which is believed to be the history or the origin of April fools day is the transformation of the Julian calendar which showed that a year had about 365 days and 6 hours but there was a contradiction and it was then declared that a year consists of 365 days, 5 hours and 49 minutes. The new calendar with all sorts of corrections was known as the Gregorian calendar. Due to all these changes, the new year dates had now moved to the first of January from the end of March and all those who were celebrating the day on the earlier wrong date were now considered to be fooled and thus apparently April Fools day originated.

So what is April Fools day? The April Fools day is believed to the day when people pull harmless pranks on each other. Well, if you are also planning to pull one on your friends then you should take care that they should be extremely harmless and should not be dangerous to life or property in any way. Taking precautions is important because a bunch of people have suffered due to this and have paid a hefty price. Did you know that there have also been serious incidents regarding some serious warnings that were actually misinterpreted to be a hoax on the April Fools day?

For instance, in the year 1946, an earthquake occurred on the Aleutian Island which caused Tsunami and killed around 165 people. The warning for the same was considered to be a hoax and thus no action was taken. We need to be really really careful about the April Fools day henceforth.

Happy April’s Fool day to all of you, have a lighthearted and a safe one.