Planning a new year’s getaway ? What better country than the beautiful India. India is home to some of the most beautiful and fun places in the world. Are you bored of the same old traditions and new year celebrations every year ? It feels like a deja vu every time you are at a … Read more

With yet another magnificent moves by the Indian government to strengthen its grip on tax evaders, the government has introduced a new Section 139AA in the Income Tax Act, 1961 by way of amendment to Finance Bill, 2017 passed by Lok Sabha.

Why was this needed?

Multiple PAN numbers has been a major concern for the Income Tax department. Since a lot of tax evaders have multiple PAN numbers which they utilise in concealing their real income. This concern was also highlighted in a CAG report of 2011, after which the government had considered issuing biometric PAN cards to taxpayers across the country to weed out the duplicate PAN numbers. However, the proposal could not be implemented due to parallel implementation of similar biometric based Aadhaar cards.

How is linking Aadhaar with PAN useful?

Aadhaar Being a biometric verified identification is very secure it makes is nearly impossible for any individual to have multiple. Aadhaar numbers and by linking Aadhaar to PAN numbers, the government is making sure that one person can hold one PAN only.

How to link my Aadhaar with PAN?

Income Tax department has launched a separate portal to link Aadhaar Card with PAN Card. It’s a hassle free procedure and you just have to follow few steps and will take only few minutes- 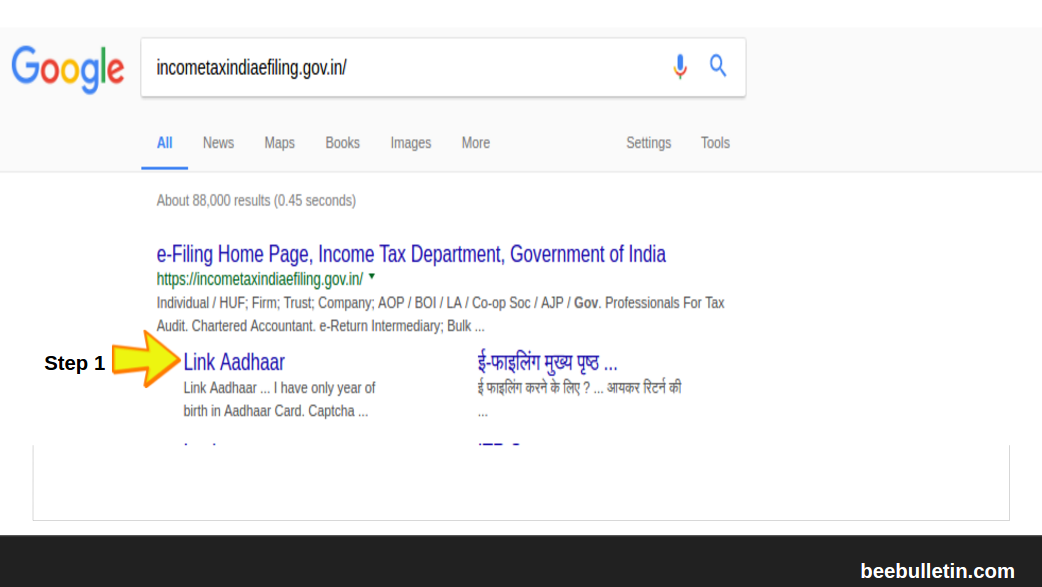 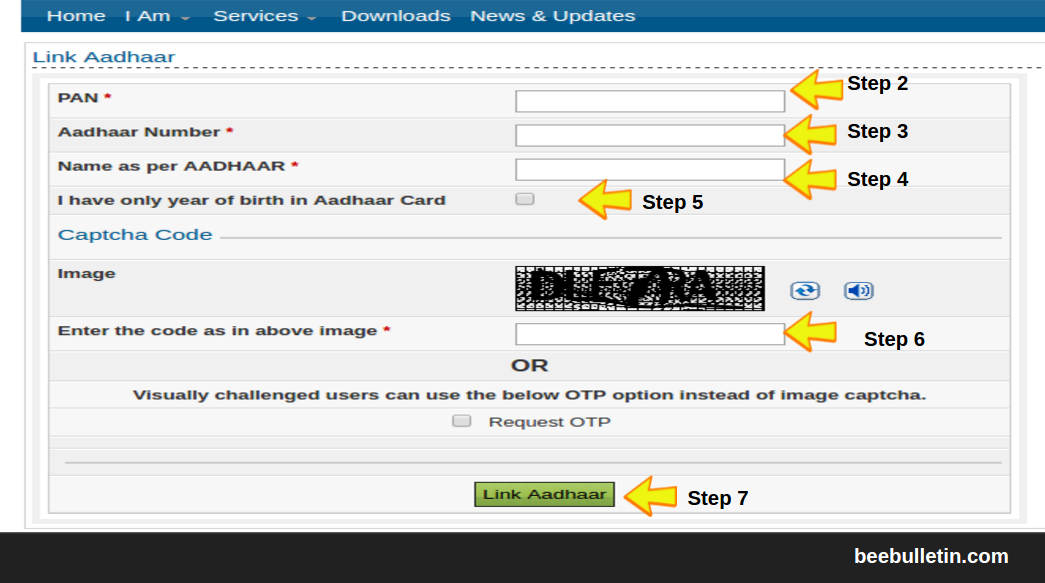 Step-4: Enter your name as per Aadhaar Card.

Step-5: Choose the option- ‘If you have only year of birth on your Aadhaar card’.

Step-6: Enter captcha code or you can request OTP (you will receive OTP on your registered mobile number)

Step-7: Enter OPT number and click on “Link Aadhar ” to link your Aadhaar number with your PAN number.

Now that you know how to link Aadhaar with PAN, click here to do it. You will reach incometaxindiaefiling.gov.in link aadhaar page and use steps given above.

Demerits of not linking Aadhaar With PAN Card?

What If You Don’t have an Aadhaar Card ?

You can apply for the Aadhaar card and provide the application number as a document proving that you’ve applied for one.

You can apply for Aadhaar card here.

Income Tax Return (ITR) may be described as a record providing the tax collector information about the taxpayer’s tax accountability. Taxpayers who are earning more than 5 lakhs taxable income it is compulsory for E-filing of income tax return. Income tax is basically a percentage of income that is paid to the government. All taxes … Read more

TDS is an abbreviation that stands for Tax Deducted at Source. TDS is a means of indirect tax collection by Indian jurisdiction according to the Income Tax Act, 1961. TDS is managed by the Central Board of Direct taxes (CBDT), which comes under the Indian Revenue Services (IRS). TDS is collected as a means to keep … Read more