Whenever I see mangoes at home, I come to the conclusion that Baisakhi is here and my happiness knows no boundaries. Mangoes are love and so is the festival of Baisakhi. There is happiness and brightness all around. After the long and dull winter season, we finally get to see flowers and trees blooming around. 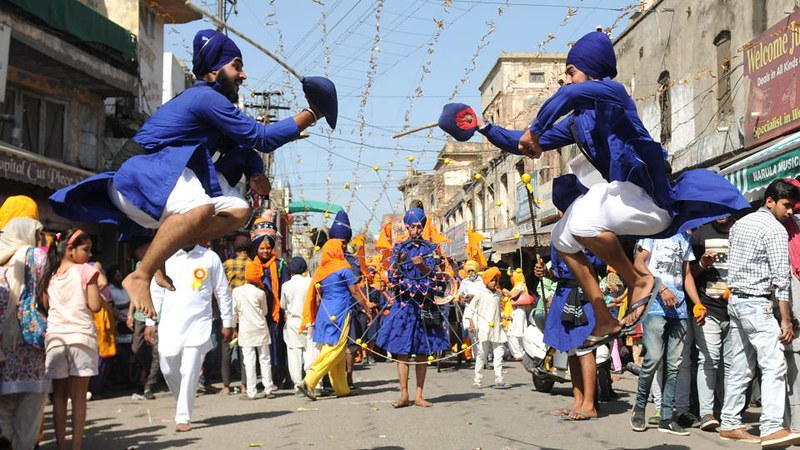 Let us now head up to the reason as to why the festival of Baisakhi is celebrated? The Baisakhi is celebrated to commemorate the martyrdom of Guru Teg Bahadur who was killed by the then Mughal Emperor Aurangzeb. He wanted to spread Muslim religion all over the country and Guru Tegh Bahadur was totally against this fact. He, therefore, sided Hindus and Sikhs and sacrificed his life for their benefit. Guru Teg Bahadur Ji’s son Guru Gobind Rai called all people of his community on the 30th of March 1969 in Keshgarh Sahib near Anandpur. 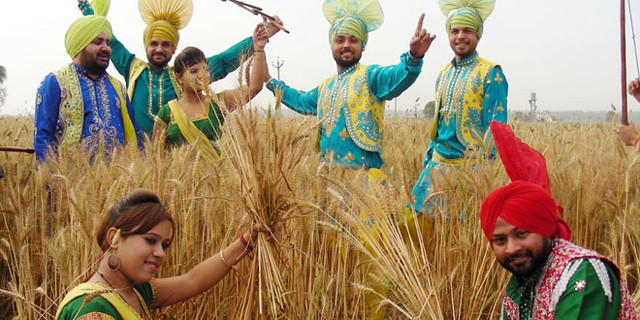 Guru Gobind Ji gave a very powerful speech in front of the gathering of thousands and thousands of people to instill the feeling of sacrifice and brotherhood into them. After that, he asked if any one of them was ready to sacrifice their life should come forward. After three calls, one man came and volunteered and Guru Gobind Ji took him inside the tent and returned alone with a blood-filled sword. This happened 5 times and people thought that all of the five people who had gone inside had been killed. Soon, 5 Sikhs came out of tent wearing turbans and saffron clothes. They were named as “ Panj Piaras” and blessed by the Guru by performing the Pahul ceremony. The Guru stirred the Patasha in water that his wife Mata Sundari had prepared. The water was in an iron vessel  and he touched the Patasha with his sword called the Khanda Sahib. This “ Amrit” was first given to the Panj Piaras and then distributed among the crowd and everyone hence became a part of the “ Khalsa Panth”. These five people were the first members of the Khalsa. Guru Gobind Ji gave each Sikh the surname “ Singh” which meant “ Lion”. All the members of the Khalsa are supposed to follow the 5 K’s which are Kada, Kirpan, Kaccha, Kangha, and Kesh. Everyone is required to follow the sayings of the Guru Granth Sahib Ji and work for the betterment of the society.

According to the Hindu Mythology, Baisakhi is celebrated because Goddess Ganga came to Earth on this day and therefore it is celebrated by taking a sacred dip and praying to her. Baisakhi falls on the first day of the First month of the Solar Calendar. It is  also known as the New Year Day. 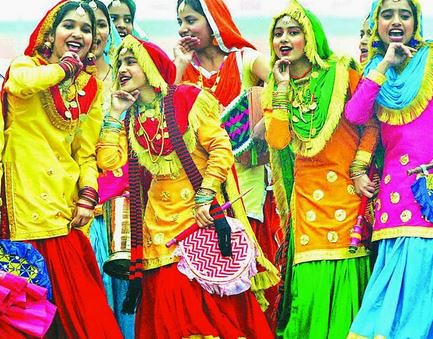 The festival of Baisakhi is very important for the farmers as well because Rabi crops are harvested around this day which therefore implies that the winter months and the last year has ended on a fruitful note.

If you want to know about the delicious Baisakhi foods, you can check out here.

Baisakhi is celebrated with great pomp and show especially in Punjab where people dress up in really bright and colorful dresses and visit the nearby Gurdwaras to fetch blessing for themselves and their families. Langars are held and Kadha Prasad is distributed. People host Bhangra and Giddha parties and dance in happiness. Baisakhi Melas and Nagar Kirtans are also hosted to commemorate the rise of the new dawn.