The Indian Smartphone market has been growing at a rapid pace lately. almost every other day, we get to hear the launch of a new smartphone. The most hype remains for the devices from the Major flagship segments, which include the likes of the Samsung Galaxy S8 and the iPhones, and the flagship ‘killers’ such as the Xiaomi Mi6 and OnePlus 5. However, it is the mid-range smartphone market where most of the consumers keep their eyes at.

The mid-range segment in the price of Rs. 10,000-16,000 is where most smartphones launch every year. This not only increases the available choices for consumers but also confuses them. Listed here are some of the best Smartphones in this price-range, in no particular order. 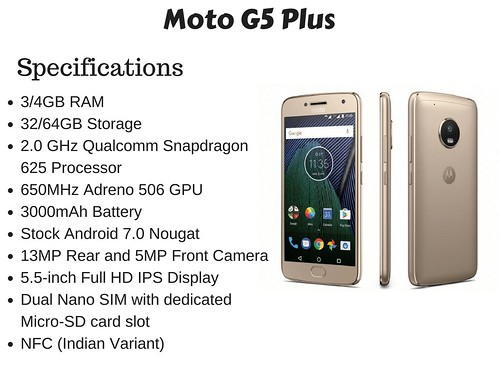 The Moto G5 Plus is the 5th generation model of the iconic Moto G, which was one of the first smartphones to not compromise the essential features of a smartphone at a lower price point. With the G5 Plus, the Lenovo-owned Moto continued the tradition. The G5 plus has had consistent sales ever since its launch just like its predecessors.

The USP of the device is its Complete stock software without any bloat and overlay, which results in a smooth and snappy user experience. Add with that a decent mid-range Snapdragon 625 Processor, and you’ve got a recipe for a great user experience. It doesn’t skimp on any major element, and the camera performance is quite decent.

Another unique element is the front-speaker, which although doesn’t produce a sound quite as loud, but its direction makes it good to be beneficial while watching movies. 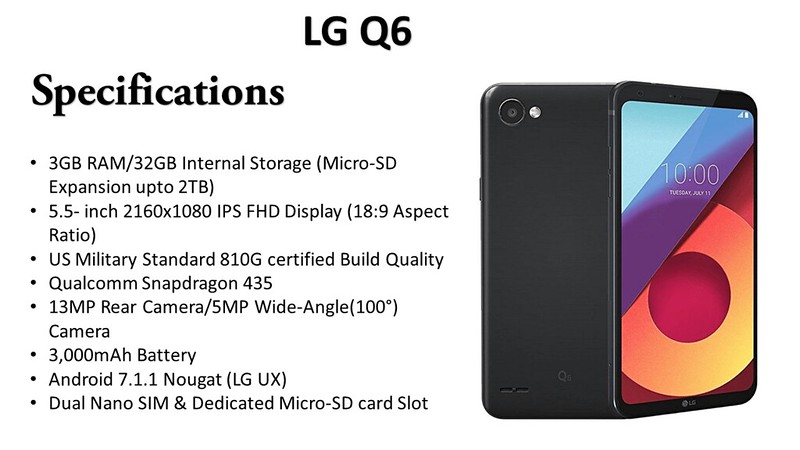 The LG Q6, launched on 10th August, is the latest entrant in the battlefield. The highlight of the device is its Large wonderful display with an aspect ratio currently only available in two flagships; Samsung Galaxy S8 and LG’s own flagship G6 Smartphone. This undoubtedly makes it the best smartphone display in this segment.

Another quality to be boasted about the Q6 is its tough body made out of 7000 series Aluminium, which has a US Military 810G certification for durability. This makes the Q6 able to handle some rough handling from its user. If this convinces you enough to order the smartphone instantly. Here’s something which might change your mind.

A fingerprint Scanner is nowhere to be found in the device. With the feature becoming a norm in even entry-level devices, this was a surprise. Though there is an improved Face-Recognition feature to make up for it, there would always be a few skeptics 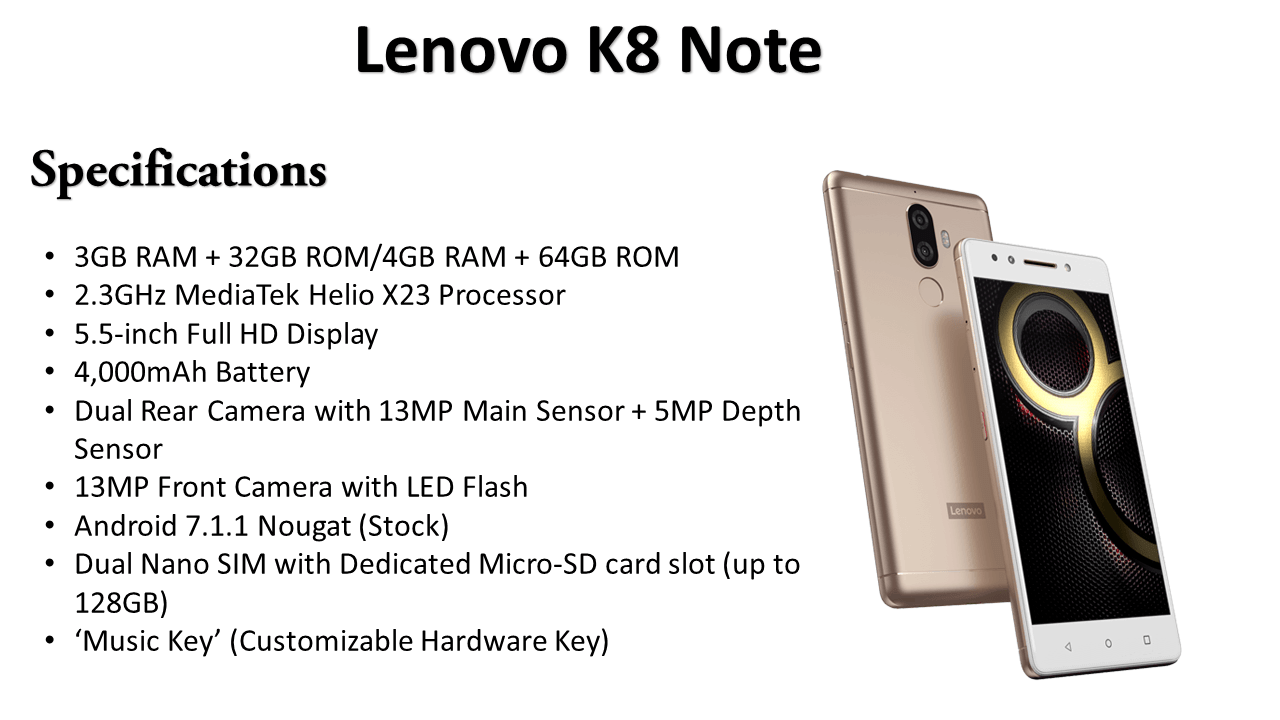 The Lenovo K8 Note has actually not launched yet and would be available on Amazon from 18th August. Since there is no real review about the phone yet, this doesn’t deserve a place in this list. However, given its specifications and numbers, it is expected to be a contender for the best phone in this price segment.

A Dual Camera setup isn’t the first in the price range. The Huawei Honor 6X did it first, and it was done really well. But the reason why the phone isn’t on this list is that of its shabby build quality.  A famous YouTuber Zack Nelson, well known for his YouTube Channel JerryRigEverything, did a Scratch and bend test on the Honor 6X, and it failed terribly.

Coming back to the K8 Note’s dual camera setup. Here, the secondary camera is used for providing a bit more depth to the photos and giving them a ‘Bokeh Effect’ similar to DSLR’s. The only fear is that it might make the photos look artificial. But nothing can be said until the device comes out anyway.

The presence of a MediaTek processor in the K8 Note might be a turn-off for some buyers, as the Qualcomm Snapdragon processors are considered much more balanced and efficient in long term usage. 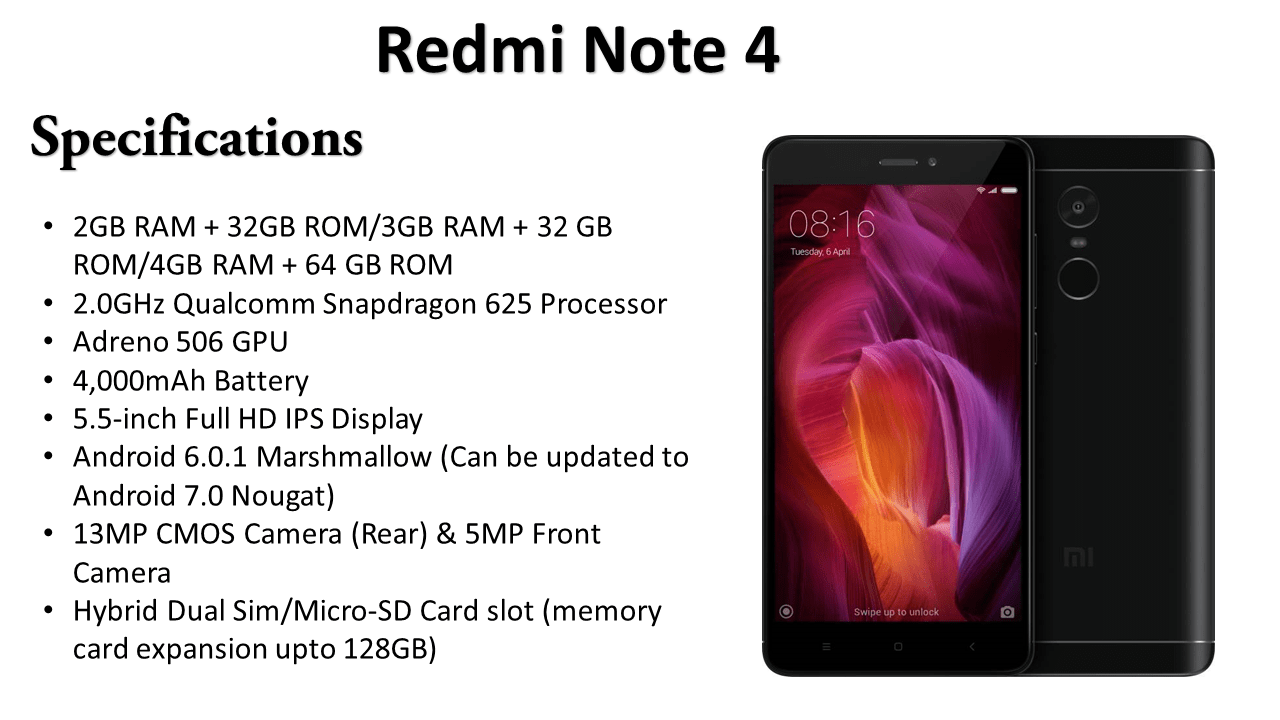 The Xiaomi Redmi Note 4 has always been in high demand since its launch. Even at the time of writing, there is no stock of the device available on Flipkart.

Along with the Qualcomm Snapdragon 625 with Adreno 506 GPU, same as Moto G5 Plus, it has got a balance of all other essential features. However, this has essentially made it the jack of all trades, but the master of none. The camera quality is not the best in the range, but still usable. There is no dedicated micro-sd card slot without the sacrifice for a SIM, so that might be a bummer for some. 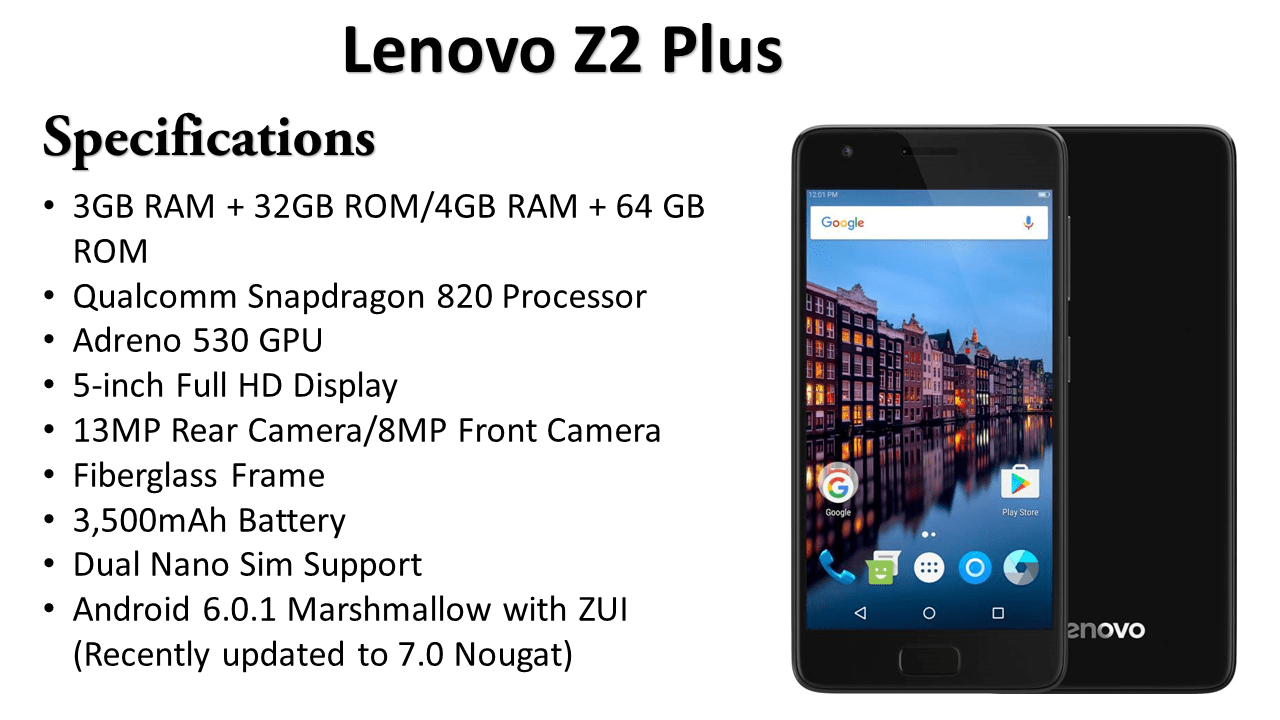 The Lenovo Z2 Plus is not quite a newly released smartphone. But its technical specifications still make it a powerhouse nearly after a year of its launch. The processor it packs in was once a flagship for Qualcomm about a year ago. To have it in a device this cheap is incredible value for money. At the time of writing, the Z2 Plus is available on Amazon at just Rs. 10,999.

The display of the device is another unique element. the small 5-inch size of the display makes it the most compact phone in the price-segment, however, the fiberglass back panel of the device makes it highly slippery while holding at hand. But that problem could be solved with any back cover. Coming to the Fiberglass body, this is just another element that makes it different from its competition. the design concept also termed as the ‘roll-cage Design’, can protect the structure of the Z2 Plus in a case of minor drops.

While on paper it might look the best out of every other smartphone in this list. There are a few problems which cut it short of being the best. Firstly, it has no support for an external micro-sd card, which means you’ll have to live with the inbuilt storage. However, that is no big deal since the internal storage would be adequate for most.

Secondly, there have been many complaints regarding the camera quality in low light conditions, and some problems with overheating, which seem to turn-off potential consumers away from the purchasing the Z2 Plus.

At the price of Rs. 10,999, its value for money is incredibly high. There won’t be any updates to the smartphone after the recent 7.0 Release, even that came after a long-long time. However, if someone is willing to take a gamble and discard the few complaints rolling around the internet, the Lenovo Z2 Plus is a great deal.

The smartphones in this list are by far the best options around if one desires a smartphone in the mid-range segment.

The Moto G5 Plus has its smooth stock Android Experience coupled with great hardware, and it doesn’t really have any huge problems which could be nit-picked.

The LG Q6 has its unique high-resolution display with an aspect ratio that could enhance the media consumption experience and has a rugged build quality. All of that comes at a sacrifice of the fingerprint scanner.

The Lenovo K8 Note has its dual-camera setup which might be one of the best in the price range. But the MediaTek processor might turn away many potential buyers of the device.

The Redmi Note 4 has a balance of nearly everything, but the presence of a hybrid SIM slot is the major con here.

The Lenovo Z2 Plus is an old brute which has everything it needs to rule this segment. No other Smartphone in the segment matches it in terms of specifications on paper. However, some complaints and issues hold this device back and make a little less reliable.

In the end, it all depends on what the user wants. Here are the best options on  basis of the key aspects one desires on their smartphone: