Befikre – Posters – Befikre has released three posters featuring lead pair Ranveer Singh Vaani Kapoor. Ranveer Singh is the poster boy of all things naughty. Vaani Kapoor is the dictionary definition of gorgeous. With these two sizzling beings, the posters are hot! There are kisses raining in Befikre posters. Most of the movie is set in France, prominently Paris. The city of love, Paris, has surely struck Cupid’s arrow on this screen couple who can be seen kissing at the slightest opportunity. Catch Ranveer and Vaani getting up close and personal in these ravishing and hot posters of upcoming hindi Bollywood movie Befikre.

Ranveer Singh and Vani Kapoor look super awesome in the first look and posters of Befikre! 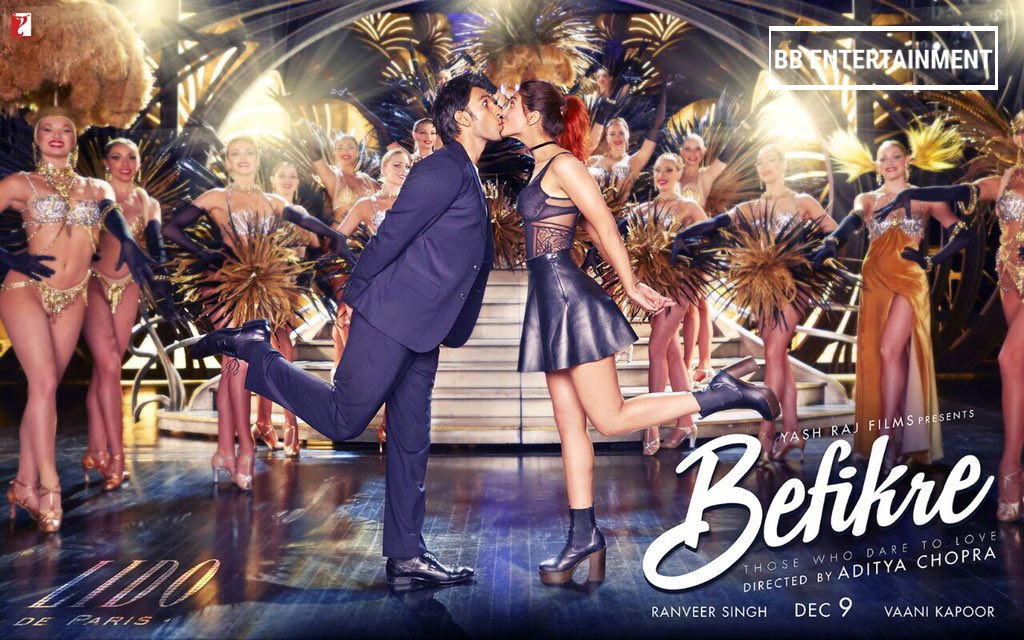 Second poster of Befikre is already boiling up twitter.

Don’t miss: Here is all you need to know about Vaani Kapoor, Befikre’s leading lady.

Vaani and Ranveer revelead earlier this year that Befikre would be releasing in December. Millions of fans are now waiting with bated breath for Befikre movie trailer.

Can it get hotter?

because he is too hot to handle

Vaani Kapoor is already getting lotsa good love from all corners

Vaani Kapoor made her debut appearance in Bollywood with a supporting role in the 2013 romantic comedy Shuddh Desi Romance. She was appreciation for her performance and received several awards and nominations, including the Best Female Debut at the 59th Filmfare Awards.

In this video you can see her narrate her journey.