2016 has been a year of many things. It surely was not a safe year in terms of staying away from the controversies hoopla, there being some controversial news every other day or two to keep you in sync with the ground realities of the year. Things get better, they also get worse.

With this piece of article, we look upon some controversies that stand out from the year 2016. 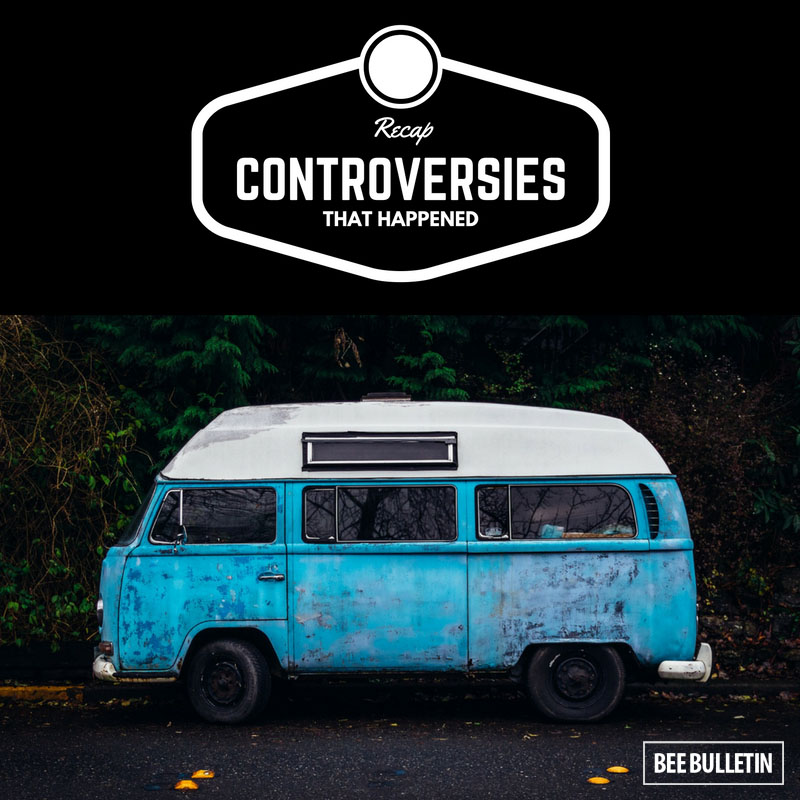 While Politics is a dirty game and we in no way whatsoever endorse any political party that might be alleging that the sitting Prime Minister of India was corruptible as Gujarat CM, the accusation laid upon the PM by Delhi Chief Minister in Arvind Kejriwal, following the demonetization announcement by Hon’ble PM has sure grabbed headlines and made people talking.

The allegation is basically that Modi was given a bribe of Rs 25cr by a big corporate group – veracity of document and the facts is still unclear and questionable. It nonetheless is hugely controversial to question a sitting PM on his ethics and working as a politician.

Chopra has been an icon in the Indian film industry and is now making inroads in Hollywood, making Indians all across the world proud with her sheer magnitude of success. However, 2016 had it’s share of controversy for her. She appeared on the “traveler” mag cover, wearing a t-shirt which had 4 things written “refugee, immigrant, outsider, traveler” – with all 3 but the last one being scratched out. The twitter blasted Priyanka Chopra and questioned how being a refugee was a matter of choice and whether the photoshoot degraded the struggle of those who are without a country and without a home to live in – Chopra apologized but questions were raised about magazine’s insensitivity over refugee crisis (which is prevalent in today’s global scenario, namely the Syrian refugees).

A businessman’s escape from his country may not usually be a reason of huge controversy but it does become one when the businessman owes Rs9,000 CR as debts to the country’s major banks. Adding to which, unpaid salaries to his employees and unexplained documentations are something that raise serious questions about forgery and illegality of business dealings.

The Mallya Escape happened in the early part of the year when ED filed a money laundering case against Mallya. CBI also issued a lock-out notice to Mallya who by the time all this was happening, had already fled the country and moved to his home in England. Since then, a huge controversy has erupted wherein the party at center (BJP) has been accused by Congress of letting him flee the country and in return, BJP questioning what Congress did during it’s tenure. The sad reality remains, we’ve a rich liquor business tycoon who owes the country Rs9,000CR – the bid to recover which is still going on by the sale of Mallya’s lavish properties, with direct involvement of ED. Getting Mallya back remains government’s priority but the stringent rules of exile in England make it tough – however CBI is now filing extradition to get Mallya back and be accountable to the sheer mess.

With BJP following the Hindutva practice of treating Cow as holy, it was expected that the government might look to ban the consumption of this meat when it does come to power- which did happen.

Following the ban, the unrest in the country was visible and the controversy took a big turn when the Dadri lynching happened – a man was killed for allegedly consuming beef, the evidences of the story are still uncertain and it’s questionable whether eating beef actually accounts for death and whether beef was actually consumed.

We’ve all grown up eating and loving the 2-minute noodle Maggi from the global brand in Nestle.

However, 2016 is the year when Nestle Maggi was banned for a particular amount of time due to findings of excess LED in the product – a controversy that lost Nestle many of it’s loyal customers and it came under severe public scrutiny.

Named after the first Prime Minister of India, Jawaharlal Nehru – JNU is an education hub for brightest Indian minds to come and obtain bachelors and masters degree.

The culture of campus politics prevails strongly in the college.

Thus emerged Kanhaiya Kumar from college politics– a strong speaker that raised provoking questions against the sitting government and while some are in his favor, others see him as creating unrest in the country and defaming sitting Prime Minister.

The opposition parties don’t help as they’re probably igniting the fire even further and promoting free speech in form of hurting human sentiments and not respecting a chair that is constitutionally superior in a democratic country.

Regardless of which side you’re on, JNU and the anti-national slogans raised in the college became a huge controversy and perhaps defamed the country of global level – as this news was picked up by foreign press.

OP Jaisha vs the IOC

Marathon runner from India in OP Jaisha is one sportsperson who came in the headlines and for all the wrong reasons.

During the 2016 Olympic competition, OP Jaisha ran the marathon for India and post finishing the run; she collapsed and was immediately treated.

2 days later, she explained that there was no Indian official present at the race to give her water and therefore she collapsed as having to finish a 42KM race without water and under extreme sun is a daunting task.

On the contrary, the IOC opposed what she said and explained that she had refused water herself and had she demanded for an official to be present, there would’ve been officials at her service.

The controversy was put to rest with Jaisha later demanding in newsrooms that due to her condition, she’d rather not fight a battle against the Indian Olympic Associations.

Saying which, we don’t know who was right or wrong – but there’s never a fire without a reason.