Famous director Omang Kumar’s “Sarbjeet”, casting Aishwarya Rai Bachchan had started shooting beginning scenes for it when a congregation of about 400 excited fans blocked all the ways for the diva, in a hope to fetch a picture or an autograph of the celebrity. The Bollywood’s dream girl was shooting for her first scene in the film at a location that was 3 hours away from the Mumbai city. Aishwarya Rai is playing the role of Dalbir Kaur, sister of Sarbjit in the film. She was not able to head to her vanity van because of the crowd at the end of the day’s shooting. 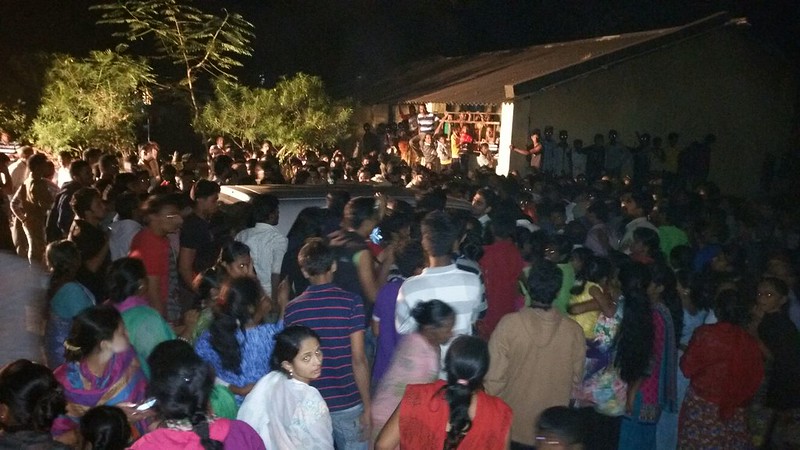 At the beginning, no one in that area had a clue that Aishwarya Rai Bachchan was there for shooting because her de-glam look was something totally different from her usual personality. But once they came to know it was Aishwarya, everyone went crazy and they started taking pictures and making videos. The crowd was out of control and everyone was too excited to meet their favourite superstar.

When the diva went to her car to return back to the vanity van, the crowd got all nuts and surrounded her car from all side in order to get a sight of the Bollywood queen once. The time to reach the vanity van would have been just 5 minutes, which, however, turned to a half-hour journey because of the fan crowd. The situation finally came under control when the actress appealed the crowd to make way for her.!