Dussehra 2018 is not a just a holiday but a sign of victory of good over evil. The date for Dussehra 2018 is 19th October 2018 and it will be falling on a Friday. The Dussehra will be falling after the Shardiya Navratri, the starting date for which is 10th October to 18th October 2018. The Navratri that falls in October concludes in the Vijayadashami also known as Dussehra. But do you know the importance and meaning of the festival of Dussehra. Well, check from here the Dussehra Dates, Significance and Story and everything about Dussehra. The festival of Dussehra officially starts the beginning of Diwali Celebrations. 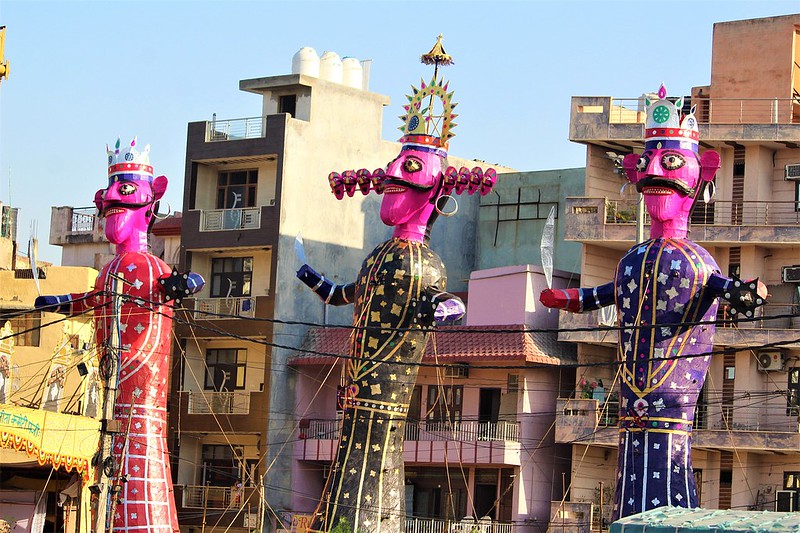 Dussehra is celebrated with pomp and show everywhere in India. The story of the festival of Dussehra dates back to the Satyug. The Dussehra festival has many other names which are Vijayadashami and Dasara which falls in the Hindu month or Ashwin Maas. There are several meanings to the word “Dussehra” of which one is Dus – 10 which relates to 10 heads of the evil Ravana while the other describes it as Dush- Evil and Hara – eradicating it. One thing that is certain is that it is not just about burning the effigy of Ravana, its about how we also get over our bad habits and burn our vice. Check out here how to celebrate it in the right way.

The festival of Dussehra has many stories attached too of which the most famous is that from the Ramayana. We have listed all the stories of origination of Dussehra in brief which you can check from down below.

Read Also : History of Navratri and significance of 9 forms of Durga

Story of Rama and Sita 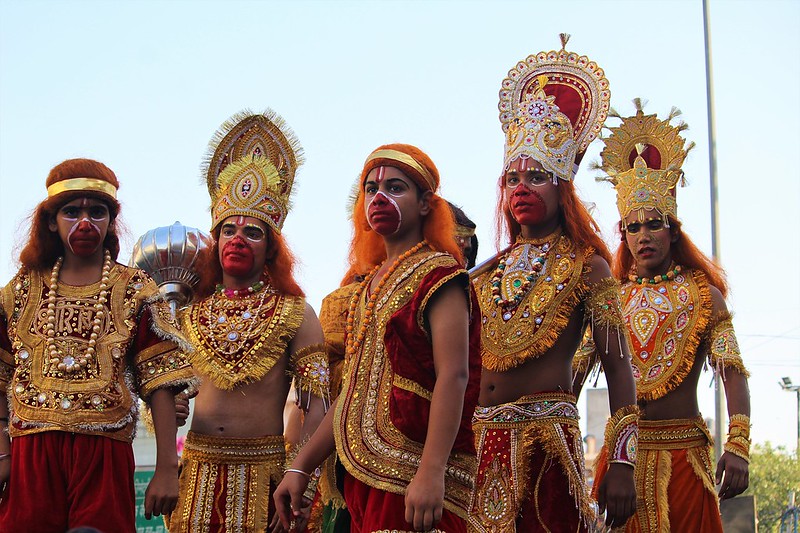 The story of Rama and Sita dates back to the Satyuga. Lord Rama was the son of King of Dashratha who had three wives. Lord Rama was the son of Mata Kaushalya, Mata Kaikeyi was the mother of Prince Bharata and Mata Sumitra had two sons namely Lakshman and Shatrughana. All brothers loved each other immensely. When it was decided Lord Rama would be crowned as the new king, Mata Kaikeyi asked king Dashratha to fulfill her promise to crown her son Bharat the king of Ayodhya. She also asked to send Lord Rama to 14 years of exile. Hence after which Lord Rama along with Lakshman and wife Sita, went for exile in the jungle.

Lord Sita was abducted by Ravana in disguise, the reason being for which was the act of cutting his sister Shrupnakha’s nose. He took away Sita to his palace in Lanka in his chariot. Lord Rama was greatly saddened as well as furious about the act. He with the help of Lord Hanuman, Sugriv and many others made an army of monkeys and decided to defeat Ravana and bring Sita back.

During the battle of Ramayana, Lord Rama came to know that Ravana was blessed with a boon of being immortal by Lord Shiva. He had 10 heads which could regrow if one was injured. Soon, Ravana’s brother Vibhishan told Lord Rama that you could only kill him by injuring the devil in the navel. Lord Rama did so and hence defeated Ravana in the battle. This day is known as Dussehra which marks the victory of good over evil.

Story of Goddess Durga and Mahishasur 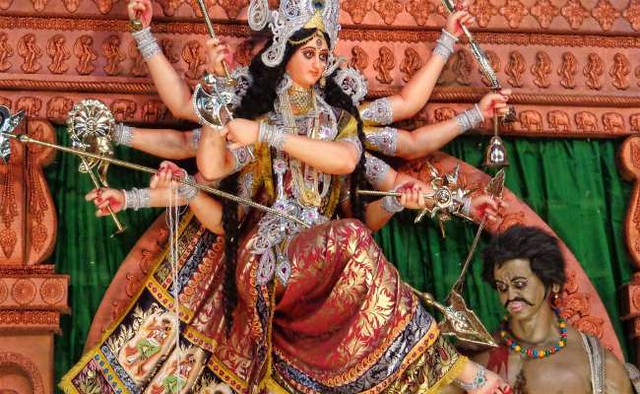 Once a buffalo demon named Mahishasur created a lot of trouble in Swarg Lok. He was granted a boon that no one in the entire universe could defeat him. In the battle of Devas and Asuras, his army of Asuras was winning and creating a ruckus everywhere. So, all the Devas gave rise to Goddess Durga who then defeated the buffalo demon and restored happiness and peace in Swarglok. The last day of Navratri is called the Durga Ashtami. The day on which Goddess Durga won the battle is celebrated as Vijayadashami.

The festival of Dussehra is celebrated by burning the effigy of Ravana, Meghnath and Kumbhkaran. Ramlilas are held at many places before the Vijayadashami. Many places are decorated and several Dussehra fares are held everywhere. Children play with faux swords and shields and also take part in Ramlila skits.

So, this time when you go to attend the Ramlila and to see the burning effigy of Ravana, pledge and vow to burn all your sinful thoughts there. Pledge to become a good human being and vow to help all those in need.