The Ganesh Chaturthi History and Essay in English will let you know a gist about Ganesh chaturthi as a festival.

The festival of Ganesh Chaturthi commemorates the birth of Ganesha or Vinayaka in the month of August / September in accordance with the Gregorian calendar. Ganesha is believed to be the Lord of Invocation. Celebrated on the fourth day of the lunar month of Bhadrapada, the festival has two historic legends attached to it.

It is believed that Lord Ganesha was created by Lord Shiva and Goddess Parvati as a obstacle averter for the Devas and as obstacle creator for the demonic Rakshasas. That is why Lord Ganesha is also called Vighna Harta.

Ganesha as Son of Parvati

Another story is associated with an incidence when Goddess Parvati created Ganesha with the help of dirt from her body to guard her door while she was bathing. One seeing a stranger, Lord Shiva cut Ganesha’s head and killed him which result in outrage for Goddess Parvati.

Lord Shiva asked all his army to bring the head of the first live person they see and they got a baby Elephant’s head which was attached to Ganesha. This incarnation is believed to be reason for celebrating Ganesh Chaturthi. 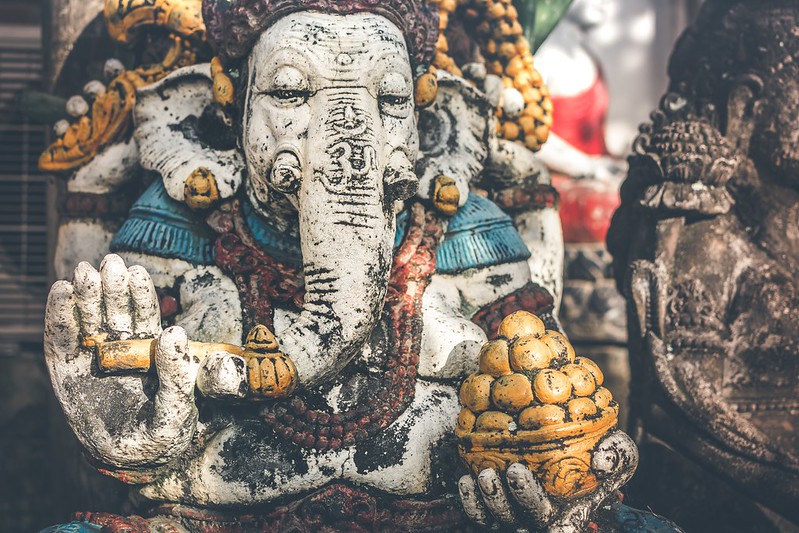 If you are looking for an essay for Ganesh Chaturthi, please check out the write up below.

With the advent of Ganesha at home, all the problems and issues seem to vanish in a jiffy. The Ganesh Chaturthi is thus a favorite of many. Celebrated on the Chaturth Tithi or the fourth day of the lunar month of Bhadrapada, the festival of Ganesh Chaturthi is dedicated to the birth of Lord Ganesha. It is very excitedly celebrated in Maharashtra, Tamil Nadu, Kerela and many other parts of North India.

People welcome Shri Ganesha in the form of Idols in their home and set up a small pandal for him. Decorations are done with flowers, lights, fruits and many other things that are loved by Shree Ganesha. Artis are done every morning and evening and Ganesha is treated as a special guest at the house who lives there for 10 days. The idols are immersed in water on the last day which is also called the Visarjan. It is believed that, this marks his journey back to Kailash Parvat. 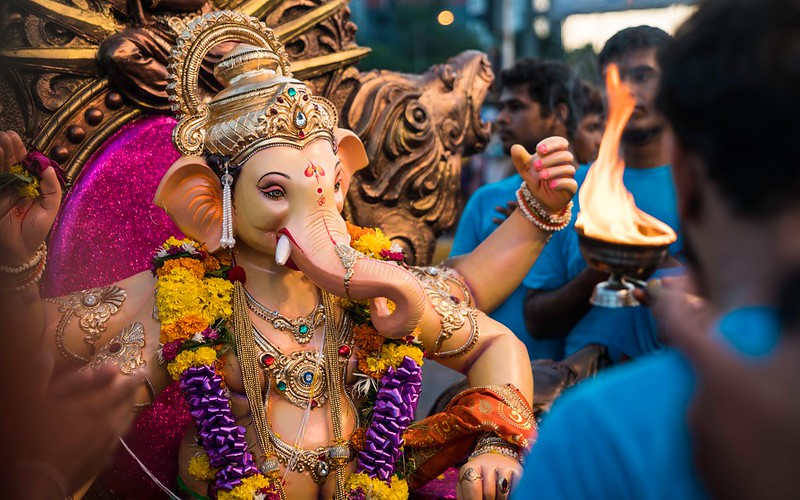 The celebration of Ganesh Chaturthi calls in for upbeat dance performances, Modak Distribution, Plays and Skits in all parts of Indian. The traditional food menu for Ganesh Chaturthi include of Shreekhand, Puran Poli and various other Marathi cuisine dishes. Celebrate the day with your friends and family to enjoy the most of the festival.