For those who are not aware of the fact that what is the google doodle actually. Here is a brief definition for you..Well, it is the animation that appears as soon as you open the google search bar. Google updates it’s doodle almost every day. No matter what the occasion is, Google always has a doodle for it.

As of today, Google has updated its search bar by posting a colorful animation so as to commemorate the Pyeongyang Paralympics. The doodle presents six competitors skiing their way to success and all of the six represents six qualifying sports of the games. The doodle itself is really really vibrant which eventually makes everyone looking at it happy and fresh. The colors of the doodle include red, blue, yellow, green and red which are torch bearers of brightness in life. 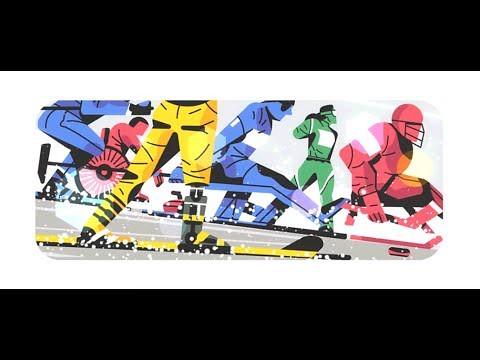 The Paralympics 2018 starts from the 9th of March and will go on until the 18th of March. This year the Winter Paralympics will be making a history because North Korea will be participating in the game. The other two countries which are scheduled to be participating for the first time include Georgia and Tajikistan. Another breaking news from the Pyeongchang Paralympics is the fact The United States of America will be sending it’s 68 athletes and Canada will be sending 52 of them. The country of Russia will also be participating in the games as a part of the neutral delegation even after all the doping scandal it went through.

If you want to witness the games, then you should probably know that the price of the Pyeongchang Paralympic games ranges from $15 to $45 depending on the type of facilities provided.

So, what is the Pyeongchang Paralympics actually? The Paralympics have begun from today itself and will be ending on 18th March 2018 so that marks the event’s first day today. The event will be hosted in PyeongChang, South Korea, and more than 560 athletes will be participating in the competition. The cutest element of the Paralympics game is its mascot which is an Asiatic black bear called Bandabi as these species are symbolic of strong will and courage. The six sports that will be played in the games include alpine skiing, biathlon, cross-country skiing, Para ice hockey, snowboarding and wheelchair curling.

All cheers to those people who are participating. All of you deserve a round of applause no matter you win or you lose! The biggest achievement is not counting all this as your weakness but as your strength. You all are an inspiration to people who are differently able. Your life is a piece of motivation to every one of us. Thank you so much as well as all the best for the games.