If you wish to know about the History of Holi, check here all the relevant information about it which includes the Ancient History of Holi and all the details about when did Holi first begin. The Holi Powder also know as the Holi Gulal that we use during the Holi Celebrations carries a great amount of significance in the Hindu Festivity as it is a sign of auspiciousness. Well, Holi the festival of colors is going to fall on the 21st March 2019. Check out our report on the festival of Holi and learn about the History of Holi 2019 from here.

So, Fellas you already know that India’s culture is really really rich be it the history, food, clothes almost everything is vibrant over here. The most important thing about this festival that everyone needs to know History of Holi or why we actually celebrate the Holi festival.

Long back when I was in preparatory school, we were asked by our Hindi teacher to explain the real reason for celebrating the Holi festival and I raised my hand to share my information with my classmates.

Amaze your classmates with the help of this Happy Holi Essay in English!

Well, I actually explained the history of Lohri because I was actually confused between the History of Holi as well as History of Lohri. Yes, and that is why it is really important to know the actual reason for celebrating it. Besides, that we also have a short section explaining Holi facts.

History of Holi : What is the story of the Holi Festival? 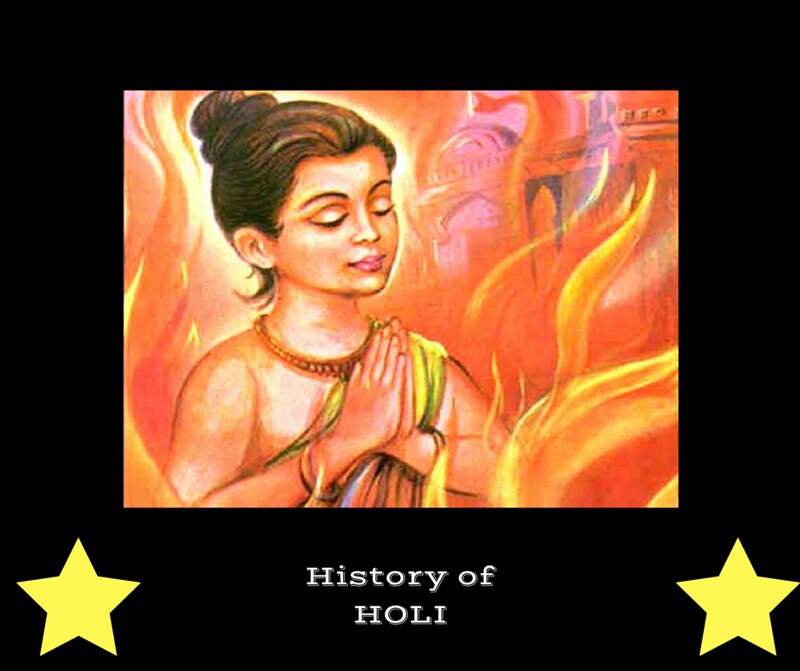 The history of the Holi festival is explained well in the beginning so as to ensure you do not end up explaining it all wrong. The story dates back to some hundreds and thousands of years.

The history of holi starts from the kingdom of Hiranyakashipu who actually belonged to the demon class. He prayed a lot and finally Lord Brahma granted him a boon of being indestructible. He believed that he was actually God almighty and nobody was above him. He also hated Lord Vishnu because he had actually killed his brother “Hiranyaksha”. Lord Vishnu took birth as the “Narasimha avatar” to kill his brother.

Check out Top Benefits of Holi Special Thandai and its recipe from here.

Ironically, the king’s son Prahlad was a great admirer of Lord Vishnu, which actually made his father hate him to the extent that he wanted to kill his own son. He tried killing him many times but was unsuccessful because the almighty always saved him.

In one of his attempts, he made his son sit in the lap of his sister Holika inside the burning pyre as she was granted the boon that fire could not harm her. As soon as the process began, Prahlad started chanting the names of Lord Vishnu and then something really mystical happened.

Nothing happened to Prahlad but Holika was burnt to death and this is the reason the effigy of Holika is burnt one day before Holi and thus we celebrate Holi festival to mark the good over evil and this is why we do the Holika Dahan. So that was brief history of holi, If you have any questions you can comment below.

Why is Holi celebrated with colors?

Are you ready to become that Holi ghost again? Well, scary it is but it involves too much fun. Earlier, people used to throw colors which were made by medicinal herbs so as to ward off various kinds of skin diseases.

The colors used in the festival also have significance attached to them, for instance, red color represents fertility and lots of love, green signifies spring and growth an blue is the color of Lord Vishnu. The colors actually depict the glory of life.

It is advised not to play with synthetic colors because they harm your skin very much. It’s always better to opt for the ones which are made by plants and flowers.

Here are some great Holi facts too.

# It is the only day when it is legal to use the Marijuana leaves in the Bhang drink.

# The throwing of colors actually originated from the Radha and Krishna story.

# The famous band “ Coldplay” featured people playing Holi in his song “ Hymn for the Weekend.

Happy Holi to you and your family.