First things first the Holika Dahan 2018 time ie Shubh Mahurat will start from sharp 18:16 pm till 20: 47 pm. Thus, the total duration of the Puja is 2 hours and 30 minutes. It is always better to commence things according to the Vidhi and Vidhan. The Holika Puja will be done during the Pradosh Kal which is after sunset when the Purnamasi will be commencing. The first half of the day is reserved by the Bhadra Kal and it is best not to do any good work at that point in time as according to the scriptures it brings in misfortunes.

The festival of Holi falls in the month of March and that is in the month of Phalgun. It is one of the biggest Hindu festivals but is celebrated by everyone with pomp and show. It is divided into two days of festivities and that is Holika Dahan which is on 1st March 2018 and Dhulandi on 2nd March. 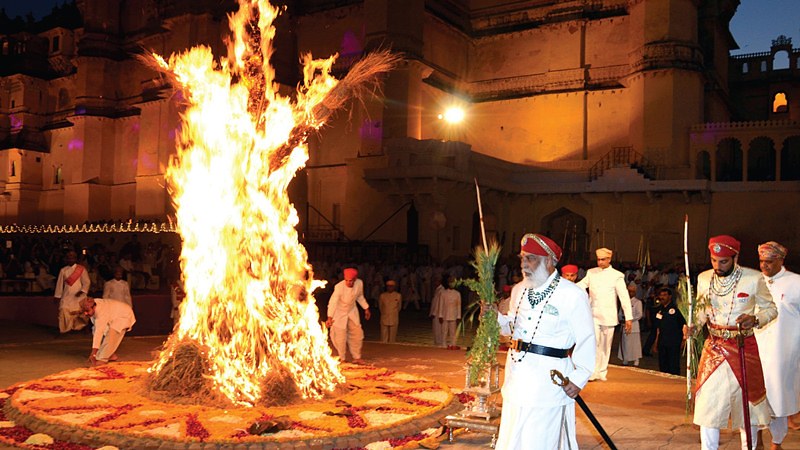 Know how to protect your skin from Holi color from here.

1.The Holika Pyre is set with hay, wood branches, and timber sticks.
2. After then it is worshipped with betel nuts, water, tikka, sandalwood, roli, flowers, gulal, and turmeric.
3. After all this, people take 3 revolutions of the Holika pyre with Coconut, wheat, and gram in their hands.
4. The parshad is distributed after then.

” Bright colors, Water Balloons, lavish gujiyas, Melodious songs are the ingredients of a perfect Holi! Wish you a very Happy and wonderful Holi.” 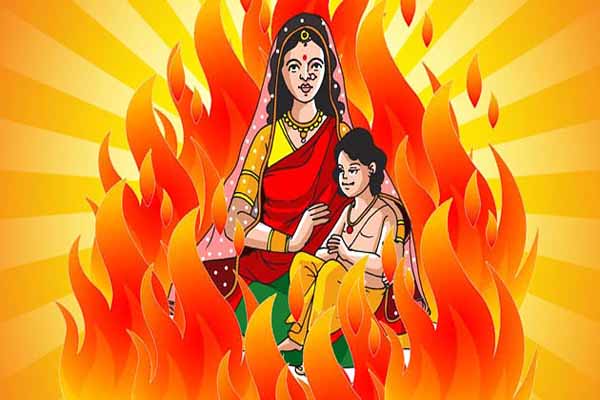 The Holika Dahan is done to mark the victory of good over evil. The story behind the celebration of Holi is as follows. There was an evil king named Hiranyakashipu, he had become indestructible due to a boon as a result of his strict prayers to Lord Brahma. He started giving himself the place of God. He was against Lord Vishnu and tortured whoever in his reign tried to pray and follow him. He considered himself the lord of the universe. The irony of the fact was that this own son was a great devotee of Lord Vishnu. He became so furious that he tried to kill his own son many times but in vain. One night, he made a plan and tried to murder his own son by the means of burning him. He asked his sister Holika, who had a flame shielding shawl granted to her by the lords to make him sit in her lap inside the bonfire. As soon as she sat in their, she was burnt to death and Prahlad escaped due to the constant blessings of Lord Vishnu. Thus, the Lord saved his devotee and eventually also killed the evil king in his Narasimha Avatar.

Check here if you wish to know more about Holi history and lesser known facts.

How To Become An Influencer On Instagram And Make Money