When the first poster of the movie Hotel Artemis was released, everyone was super impressed with the thrilling sensation that it gave everyone. Well, if you look at its poster, it definitely seems as if we are talking about a horror flick, it is the plot that will solve your queries and certain the fact that it is a thriller movie definitely.

The trailer of the movie Hotel Artemis landed its feet and made its presence felt like fire. It is a blend of both action and thriller movie. The movie talks about a really impressive story that is sure to give you goosebumps. The cast of the movie includes Jodie Foster as Jean, Sterling K. Brown, Sofia Boutella as Nice, Jeff Goldblum as the Wolf King, Brian Tyree Henry Honolulu, Zachary Quinto as Ilya, Charlie Day as Acapulco, Jenny Slate as Morgan and Dave Bautista as Everest.

The runtime of the movie is 97 minutes and the genre of the movie is action and mystery. You can easily conclude that it’s a blend of both. The plot of the movie Hotel Artemis revolves around a nurse who runs a hospital for criminals. It’s like a secret emergency room for members only. The movie is a clear masterpiece that impresses the audience with amazing twists, tricks, and story line. The Movie just released alongside the movies Hereditary and Ocean’s 8 but is expected to gross a good amount of collection even if it’s against the two. 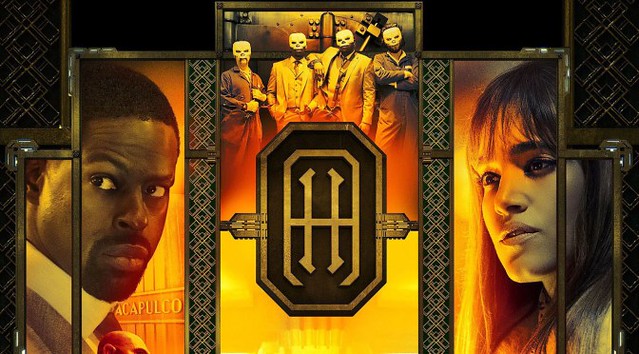 Talking about the movie and its review, we can say that Jodie Foster as the nurse makes a powerful comeback. She certainly does justice to her role which demands her to be sad and shady. She has been an amazing actor of her generation but does justice to this role also. It has a mix of reviews and many people are completely astonished by her role. The Hotel Artemis actually works like a hospital for all those criminals and thus have a certain set of rules.

The plot is futuristic and is set in the year 2028 where the people are rioting for water. It is set in Los Angeles. The hospital is run by Dave and the Nurse. On that very night, the hospital is visited by two robbers Sterling K. Brown and Brian Tyree Henry. There are more criminals in the house too but everyone out there is called by their room names. The problem arises when the Nurse is visited by a cop from the past who is Jenny Slate and the city’s mafia who is Goldblum. The night will decide who will survive and how.

10 Things That Happen When You Stop Wearing Makeup