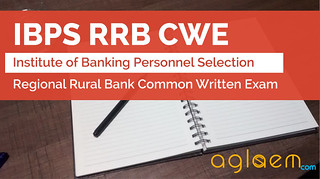 IBPS RRB 2015 (CWE IV 2015) details have been announced. The IBPS RRB 2015 exam will be tentatively held in September. Eligible candodates can fill the IBPS RRB online application form at ibps.in.

IBPS RRB 2015 Common Written Exam is being held for Regional Rural Bank Recruitment, by the Institute of Banking Personnel Selection. Office Assistant and Officers Scale 1, 2, 3 posts are to be filled on the basis of IBPS RRB CWE (4) 2015. Eligible candidates can submit the IBPS Online Application Form at ibps.in, then download the IBPS RRB 2015 Admit Card and thereafter appear in the exam. Those who secure cut off marks and are declared as qualified in the IBPS RRB Result 2015 can apply to participating Regional Rural Banks, co op banks and other organizations.

Candidates may please note that IBPS RRB 2015 advertisement has been released.

IBPS RRB 2015 Application Form will be available as per dates announced. Candidates can apply online only from 08.07.2015 to 28.07.2015 and no other mode of application will be accepted.

The Institute of Banking Personnel Selection will conduct IBPS RRB 2015 CWE 4 for Recruitment to Officer Scale I, Scale II, Scale III and Office Assistants in the Regional Rural Banks. Notification of IBPS RRB CWE (4) 2015 outlining the date of exam was published recently on the website, and is given below for your reference.

Dates of examination announced in the short notification are:

Read the IBPS RRB 2015 Advertisement carefully to know Age Limit, Educational Qualification, Language Proficiency and other such details of eligibility criteria, before filling up the application form.

The Institute of Banking Personnel Selection will release RRB Admit Card 2015 from second week of August. Each candidate who has completed the process of form and fee submission can log in at the IBPS Admit Card download page of RRB CWE IV 2015 and download the Call Letter.