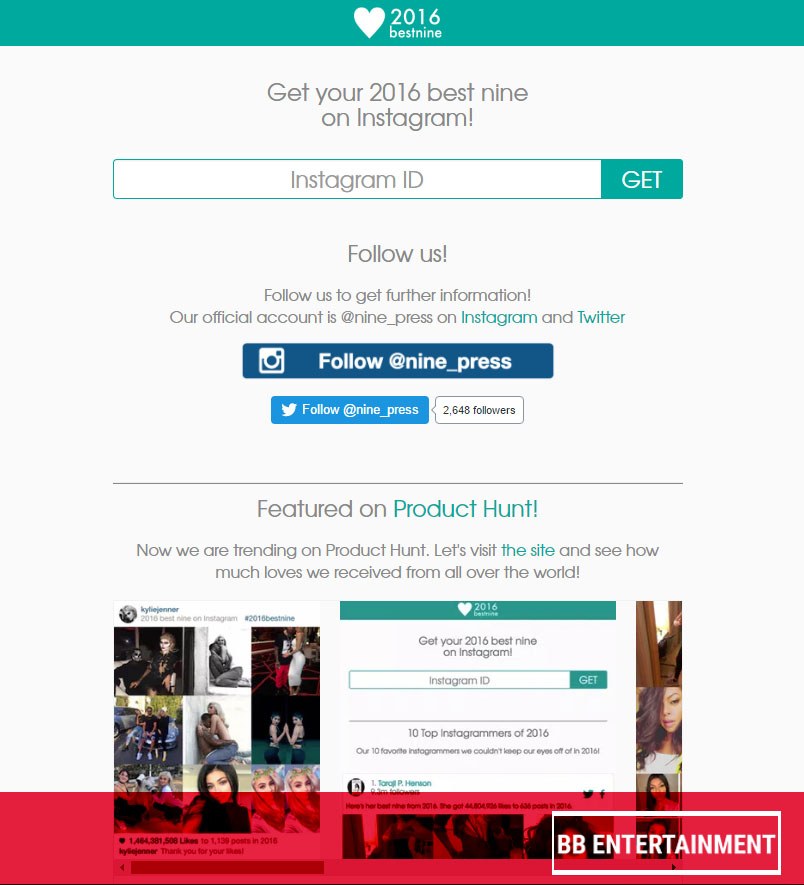 If you’re on Instagram, you’re probably already aware of it’s top 9 feature” which comes in handy at the end of every year. What the feature basically does is; it helps you combine your 9 best photos among the photos uploaded all through the year. The top 9 are selected on a criterion that primarily focuses on most shared and liked / commented photos.

While we the common man relish our top 9 photos, we bring you 9 celebrities whose top 9 pictures from 2016 are the very photos that went viral and put substantial pressure on the Instagram host – giving it immense traffic. Top 9 celebrities are chosen primarily on the basis of the followers that they have.

When I see my new costumes for stage -comin sooooon 😍

Taking over from Taylor Swift as the most popular account on Instagram, Gomez currently has 103m followers on the photo-sharing site. She rose to fame with her roles in Disney sitcoms and has since also excelled as a musician – she takes over from Swift in terms of being the most popular Instagram account 2016.

With followers above 93.6M, Swift emerges as the 2nd most popular Instagram celebrity. Swift became an immediate sensation with her first album in 2008 and since then has grabbed attention both for her music and her fashion sense. She already is one of the best-selling singers of all-time and is only just 26 years old.

Another musician and another trending celeb on the Instagram platform – it seems the musicians are truly ruling the hearts of the fans. With 88.8 followers, Beyonce has taken over Kardashian from 2015 and grabs the 3rd place in this list of “top 9” Instagram accounts

American singer and actress, Grande has 89.5 followers on Instagram, while that is more than the followers of Beyonce, she has gained less followers comparatively this year and therefore finds herself just a spot behind Beyonce in the popular list.

No popular celebrity list it seems is complete without a Kadarshian and it holds so true to this list as well. Kadarshian knows how to gain attention and it’s her Instagram account which is always trending – it then is no wonder she has over 87.8m followers.

I love his jacket here 😍 @justnbiebersecond

Canadian – check. Musician – check. Handsome – check. Bieber has all the qualities to be liked and followed and it sure is his rockstar life that makes his fans follow him with great interest, 77.8M followers to be precise. However, following his break-up with Selena Gomez, Bieber deleted his account this year and yet he still finds himself in the list of biggest follower-gainers in 2016.

A rare sportsman in this list of top9, Ronaldo though should not come as a surprise. The hunk that he is; and the immense popularity that he has for his popular personality and model photoshoots – Ronaldo fittingly has 82.3m followers; most for any sportsman on this platform.

At just 19 years old, she already has 79.4M followers and it’s purely because of her active social life and an incredible sense of fashion. Jenner is a model and American TV personality, daughter of Kris Jenner and sister of Kim Kadarshian.

My “how the f*ck am I gonna shoot my FORD commercial when they decide to bring out Frenchie puppies” face. The punishment is death, when people play with my emotions like this and bring out my kryptonite aka puppies. This is bullshit. #FORD #Ambassador #KryptonitePups #OkWhosComingHomeWithDaddy?

Actor and Boxer, Dwayne Johnson or The ROCK as he’s referred to by the WWE fans has 71M followers on his account – most for a WWE star, ex if we might add. With a fearsome body but a kind nature – Johnson had fans all across the globe and while he may not be high on fashion, his fit-freak lifestyle is enough to rush excitement among his fans to follow his daily updates via Instagram.