Instagram, the photos and video sharing platform was launched in the year 2010 and have since then grown up to heights. It has now become a global community of a billion users now and everyone loves Instagram. Recently, Instagram launched the Igtv app which allows you to watch videos for an hour. It has been launched as a new application which has been given the name of the IGTV app. Since, the release of the igtv, people are keen on how to igtv and how to upload on the igtv. Let’s just get started on this.

It’s half of the Snap chat and half of YouTube if explained in simple words.

Instagram will now allow us to create long form videos which are of great use if you are using the platform for your channel’s promotion. The announcement was made in San Francisco. Creators were extremely happy about the launch as well. Excited? Well, here are 10 things that you need to know about the new igtv app.

How to Use the IGTV app? 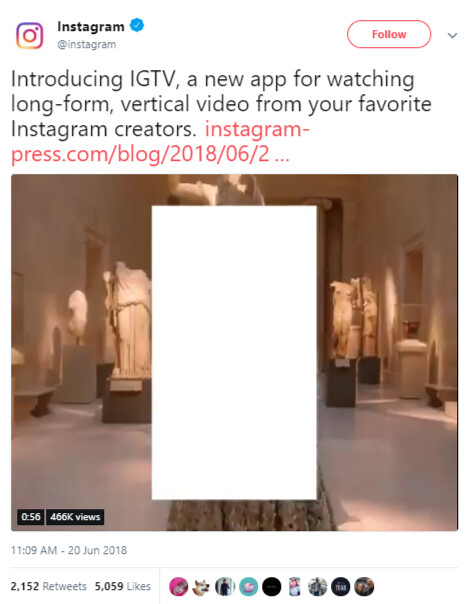 It allows you you to watch long-form and vertical video

Unlike, its feature of uploading a story of less than one minute, this one allows you to put up a show for maximum one hour. And guess what? The video is played in the vertical mode. Really a good option for those who want to see some realistic content.

You can share the videos with your friend in the DM

If you think that cat video on the IGTV will sooth up your best friends mood then go ahead and share the very video with him or her directly through Direct Message option on the Instagram.

You can also use this very feature from the Main Instagram

The Creators of the application said that you can also watch the video stories from the main Instagram if you don’t have the IGTV app. You can access it in both ways.

It starts playing as soon as you open it up

The IGTV app starts playing video as soon as you open it up, the creators said that they haven’t made the application very complicated. In simple words, you don’t have to search videos of people who you follow. It will start playing automatically. The app will also show you videos according to your interests.

The channels are actually creators

It’s just a story platform that has a plethora of options. The channels are actually the creators only and you can like or comment on their content as well.

You can create channels according to your interests

Supposedly, if you have a knack for creativity and want your already followers to see your talent. You can just create a channel and share with the world.

It will become an advertisement friendly platform soon

The IGTV app will not have ads coming in between in the beginning but it will have soon have those too because of monetary reasons.

It will launch on Android and IOS

We know how excited you are about the news, but keep your breathe stable and your excitement level balanced because the IGTV is going to launch on the Android and IOS in a couple of weeks.

When you like the content of a particular channel, you can simply subscribe to the particular one so that you never miss an update from them.

There is a Callout button for the IGTV app

Whenever there is a new update from a particular channel you like or have subscribed to, you will be alerted through a callout button on your Instagram account.