Jeena Isi Ka Naam Hai, as the name suggests, is a film where the characters’ share lives, moments & emotions, which are as raw as any of us. The story embarks from a small-town in Rajasthan, weaving itself through Mumbai & then finally culminating in New York.
Each character in the film is as diverse and unique in themselves like the flavours of India, which not only adds different slices of life to the film, but also exhibits the colourful journey of life. 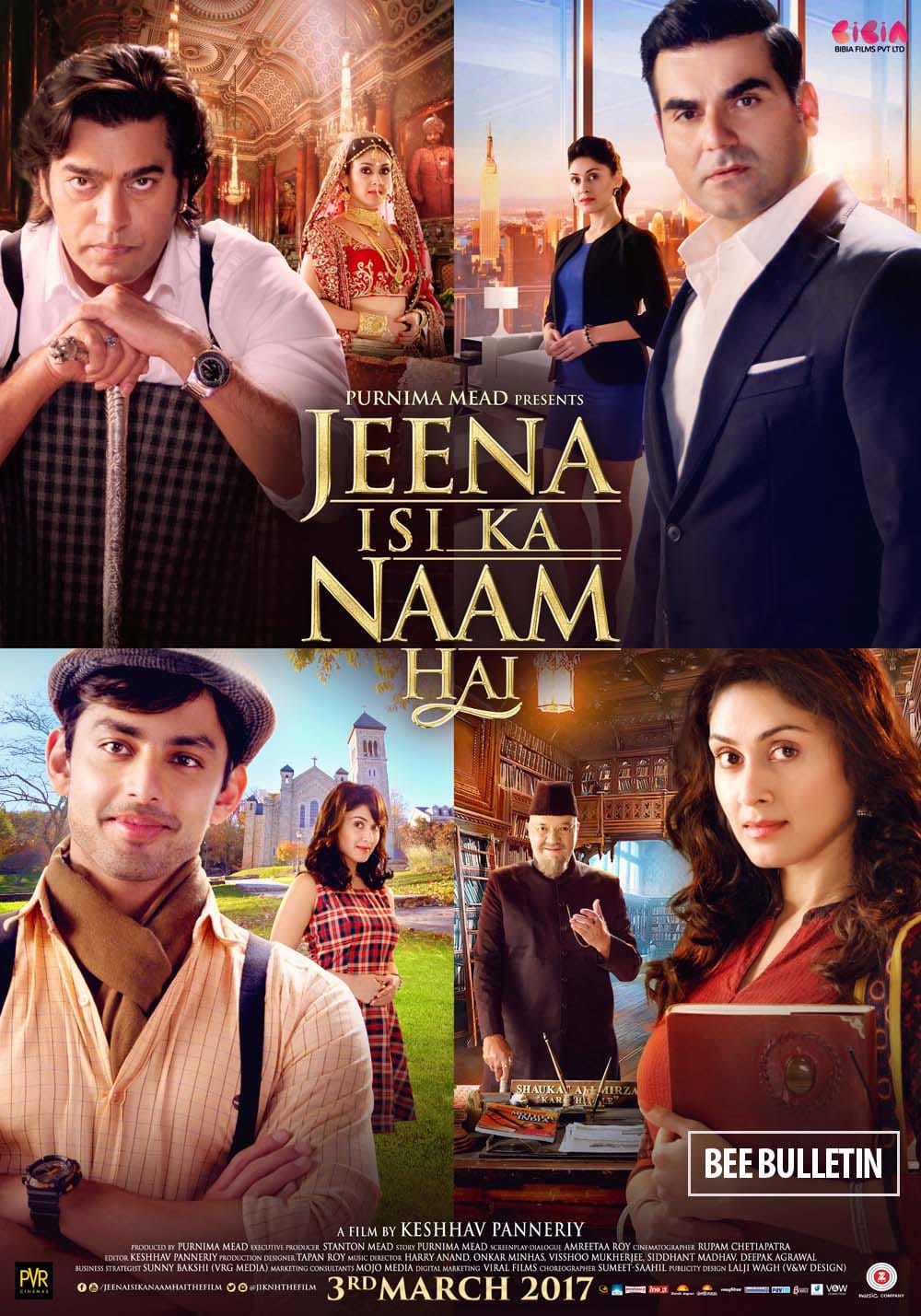 ARBAAZ KHAN AS Aditya Kapoor is a suave and successful NRI businessman based in USA. He is known to be a philanthropist and a person of ethics.

ASHUTOSH RANA AS Kunwar Vikram Pratap Singh depicts the grandeur of a royal lineage and his lifestyle & attitude makes for an interesting perspective to the lives of royal families of Rajasthan.

HIMANSH KOHLI AS Alex is the quintessential lover who lights up the screen with his boy-next-door looks. His optimism, innocence and passionate love are his special charms.

MANJARI FADNIS AS Alia is a simple girl from a small town in Rajasthan. With stars in eyes, she has the determination to achieve her dreams without compromising on her principles, making her character an inspiration for today’s young women

SUPRIYA PATHAK KAPOOR AS Laxmi is an iron-willed lady who believes and practices woman empowerment. She is respected by one and all and is the voice of sanity in her village.

RATI AGNIHOTRI AS Rajmata Pratibha Devi is a strong woman, who heads the royal family. Her elegance & charisma make her the queen of hearts.

PREM CHOPRA AS Shaukat Ali Mirza ‘Karachiwale’ is the most interesting character of the film with a passion for books, Urdu poetry and philosophy. He is a veteran man of Urdu Literature, with a zest for life and positive vibes.

Hard-hitting dialogues & a grippingly narrative screenplay will keep the audiences glued to their seats in anticipation of what will happen next in this journey of life. Shot extensively in the beautiful locales of Rajasthan & USA, each frame becomes a visual treat captured especially for the big canvas.