Madaari is an forthcoming Bollywood movie which is based on real life incident. This movie is directed by Nishikant Kamat who has given us a movie like Drishyam. It is a thriller movie in which Irrfan khan is playing a role of devastated father who has lost his son in the accident and is set to take revenge. Release dates of Madaari and TE3N were clashing, for which Madaari release date was changed.

The first look of Madaari is out. In this, Irrfan is donning long hair, moustache, and a bearded look. He is wearing a grey kurta paired up with blue jeans and holding a pair of shoes in his hands. Earlier, he was seen in the lighter mood in Piku but here you will see him in completely different look. 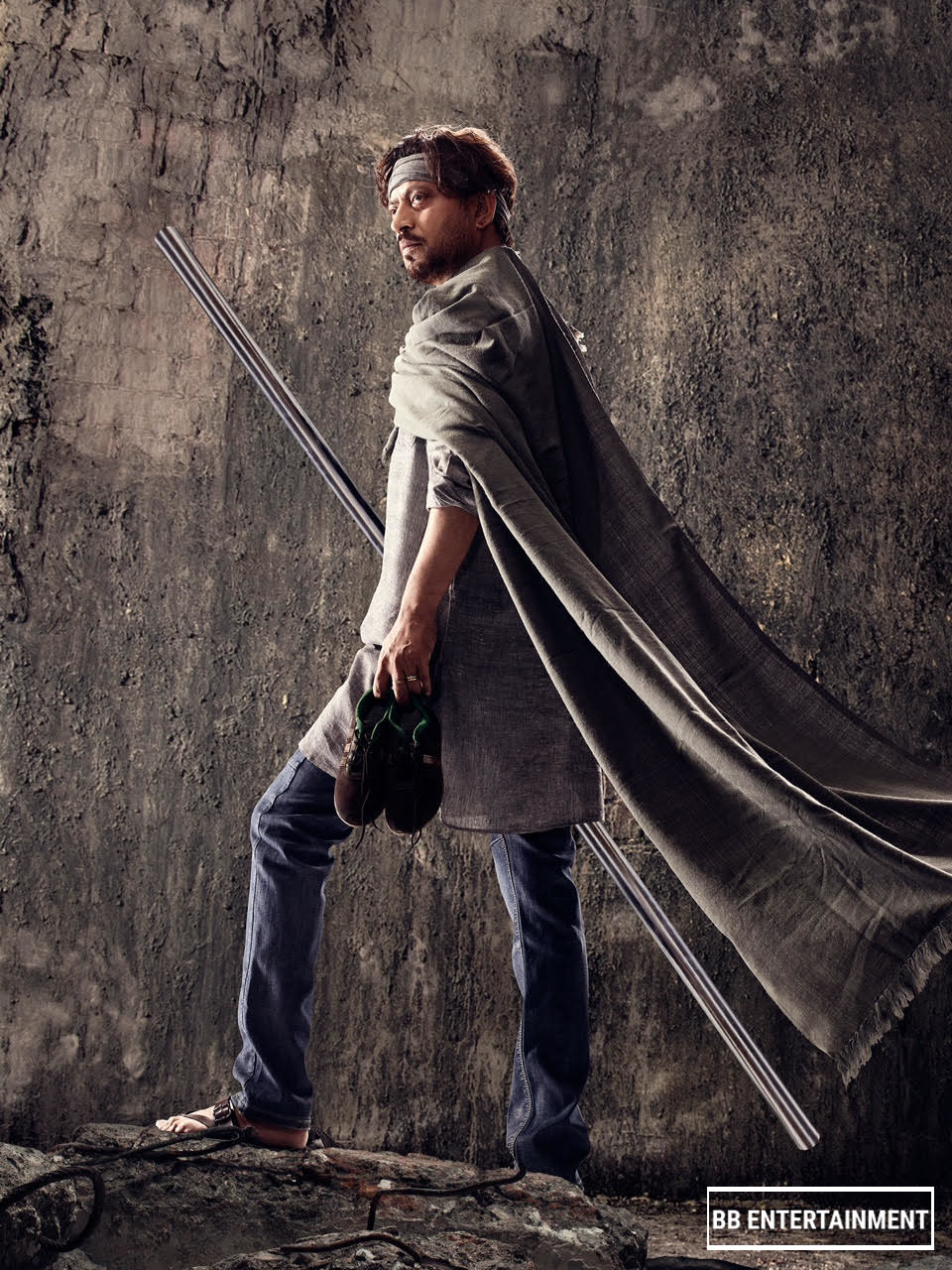 The poster of Madaari is released by Irrfan khan on Twitter handle recently. The poster is looking quite interesting with the tagline ‘Shhh….Desh So Raha he’. 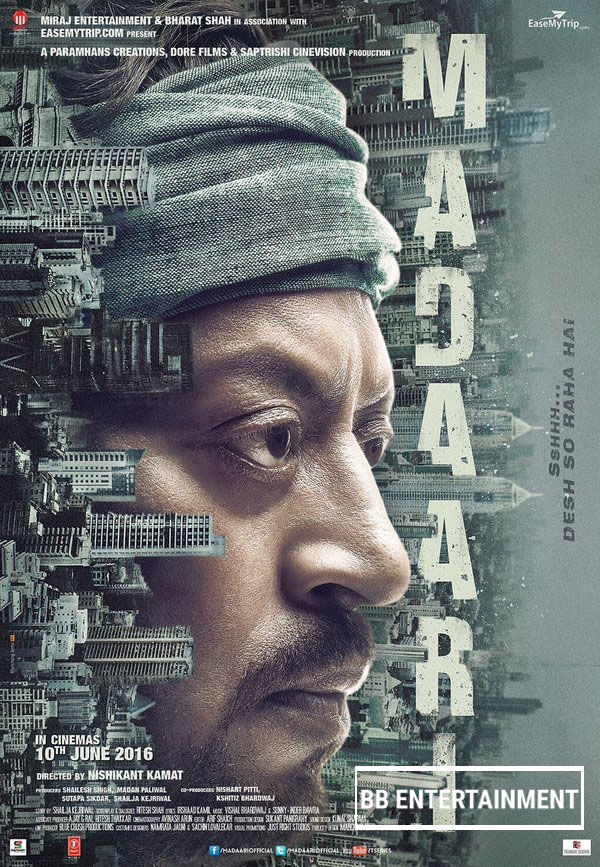 The trailer of the movie was released in May. Trailer gives a fair idea about the story of the movie. Madaari trailer starts with Irrfan Khan sitting on a desk and having kind of flashes of some bad memories. Later, It seems that he has kidnapped the son of a home minister and is on the run. Jimmy Shergill as a police officer is on a search for him. You can see the intensity of pain in his eye. It seems that he wants to take revenge of something. The audience is loving the trailers and many positive comments are posted by the audience. It has increased the expectation of the audience.

“Madaari” movie is based on social drama and thriller movie. This movie’s idea is taken from real life incident in which an under-construction metro- bridge collapsed in Andheri, Mumbai in 2012. Many people lost their lives in it.

It is the story of a man named Nirmal who is loving husband and caring father. One day, in an accident, he lost his son. After the loss of his son, now he is in a completely devastated state. He blames the political system especially home-minister behind this accident. He decided to take revenge and teach him a lesson. He kidnaps home minister’s son. Then, the home minister gives the responsibility to catch him to a police officer, a role which is played by Jimmy Shergill.

Irrfan khan is one of the finest actors in the Bollywood and now also making a mark in Hollywood with many good Hollywood movies. He is critically acclaimed for his movies such as Life of pie, Piku, Jazbaa, Talvar, PaanSingh Tomar, Haider etc. He is equally dedicated to Bollywood and Hollywood now. So this year, you will not only see him in ‘Madaari’ but you will also get a chance to see him in a Hollywood movie named ‘Inferno’, which will be released in October 2016.

We wish both the movies do best for Irrfan. Our best wishes to Madaari.