The movie has been shot at various locations including Paris, New Zealand, Norway and the United Kingdom as well. When the trailer of Mission Impossible Fallout came out on the February 8, 2018, people had their minds on the Super Bowl LII already, but people really could not ignore the fact that the famous Tom Cruise movie is now ready to be released. The second part of the trailer came out on the May 16, 2018. Finally, the premier of the movie was held in Paris on the July 12, 2018.

If you have seen the previous parts of the series, you surely would be immensely excited about the new release. Well, like you all know the Mission Impossible Series is one heck of a adventurous ride in itself, this one is also the same but on a higher level. The story line was inspired by a book actually and the first part released in the year 1996. The Mission Impossible Fallout has been directed by Christopher McQuarrie and thus the movie has been infused with real action and lots of talent which makes it out of the box and different than other action movies. Everyone’s favorite Tom Cruise has done a wonderful job like always. 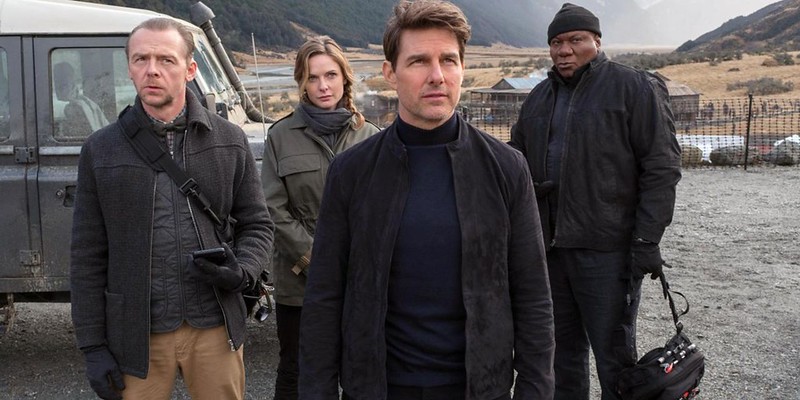 As it is said the movie Mission Impossible keeps getting better with every part that comes, the sixth part of the movie which is called the Mission Impossible Fallout is amazing like heck yet again. The series actually never lets you down. The movie revolves around Ethan Hunt who is an Impossible Mission Force agent  on a mission to save the country from a nuclear attack. He travels to Berlin and meets the Nuclear expert over there to extract details, events continue from there on but he eventually is not able to get the plutonium which is used in the nuclear weapon and instead saves his friends life. Tom Cruise as Ethan is portrayed as a man who can kill someone and die himself to save his loved ones. He basically is an action hero with an emotional heart.

Did You Know ? Tom Cruise injured his right knee for real while doing an action sequence . The shooting had to be kept on hold for about 7 weeks.

The combination of Henry Cavill and Tom Cruise has been mind blowing and viewers are overly excited about it. All the other stars have done an amazing job as well. Here is a spoiler alert about the climax of the movie Mission Impossible Fallout! hence read at your own risk. Well as the end of the movie approaches, Ethen(Tom Cruise) with his gang have to save the world from the Apostles which is led by John Lark. Ethen follows Lark to Kashmir where he has hid in a medical camp. Benji reveals that the two nuclear bombs which are still left to be diffused are synchronized with each other. These bombs are planned in an aim to contaminate the water supply of China, India and Pakistan. Both bombs should be diffused at the same time by pulling the detonator before the countdown reaches to zero. None can be diffused without the other one. For more, go and watch the movie, it is definitely going to be an amazing experience.