The 9 Colors of Navratri have various meanings and every color has its own importance and significance. The Colors of Navratri not only depends on what color dress to wear in Navratri, it has a lot of other objects related to it too. We all know that all the 9 days depict different forms of Goddess Durga and thus all the 9 days depict different colors too. Here, we will talk about all the different colors of Navratri and their meanings in 2018. The Chaitra Navratri Colors and the Shardiya Navratri colors are different from each other in terms of significance, lets head onto the special Navratri colors 2018 and their suggestive meanings.

The Red color is always considered sacred for auspicious occasions

Navratri 2018 is beginning from the 10th October and the end date for which is 18th October. The last day is called the Ashtami during the festival of Navratri. The Navratri are of two types, one is Chaitra Navrati which falls between the months of March and April and the other is Shardiya Navratri which falls in the month of September and October. After the Shardiya Navratri in October falls the Vijayadashmi that is on the 19th October 2018. On every day, respective form of Goddess Durga is worshiped.

The respective colors of Navratri are related to the different forms of Durga, if you want to know the significance of the 9 forms of Mata Durga, then check out from the link below.

Meanings of Nine Forms of Durga

Check out the Navratri Color Meanings and their significance. 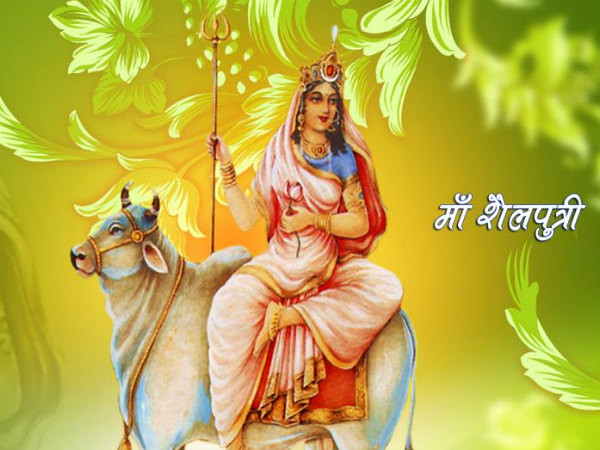 The first form of Goddess Durga is associated with the color red which depicts auspiciousness and vigour. The goddess is the daughter of the mountains and symbolizes action and activeness. She is the direct form of Goddess Parvati. The red color also signifies power.

Tip : You can wear red color Navratri dress on the very first day. People also play with vermilion and cook foods that are red in color. 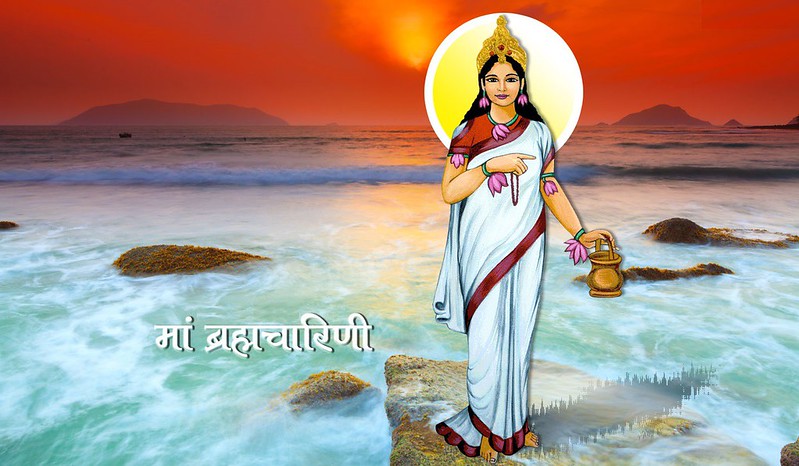 The color of the second day of Navratri is royal blue which depicts the peace such as that of the ocean. The color blue also shows bliss and Moksha which means getting rid of all the materialistic happiness of the world. Goddess Brahmcharini symbolizes spirituality.

Tip : Wear the royal blue color Lehanga or Kurta for the Dandiya Night. 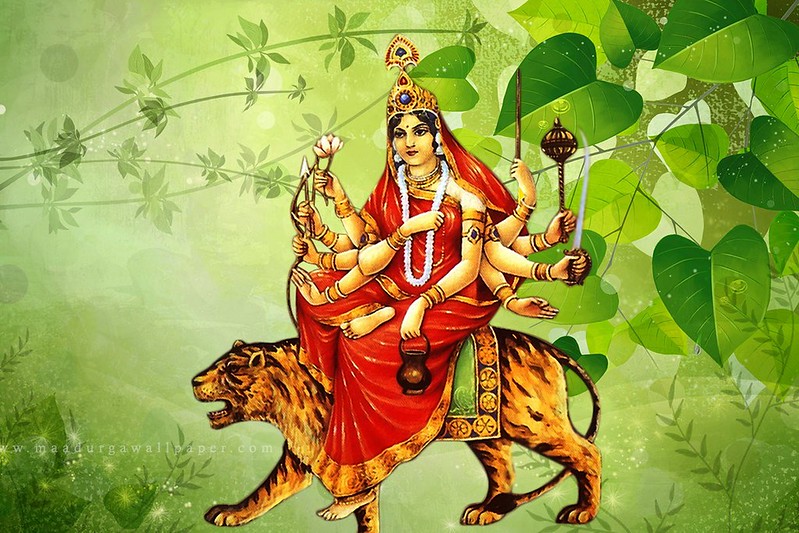 The color associated with Goddess Durga’s third form is yellow. This color is related to the beauty and bravery. The relation of the color came into being after Goddess Parvati married Lord Shiva. On this day, Goddess Parvati embraced half moon on her forehead.

Tip : Yellow colored sweets and dishes are made on this day. 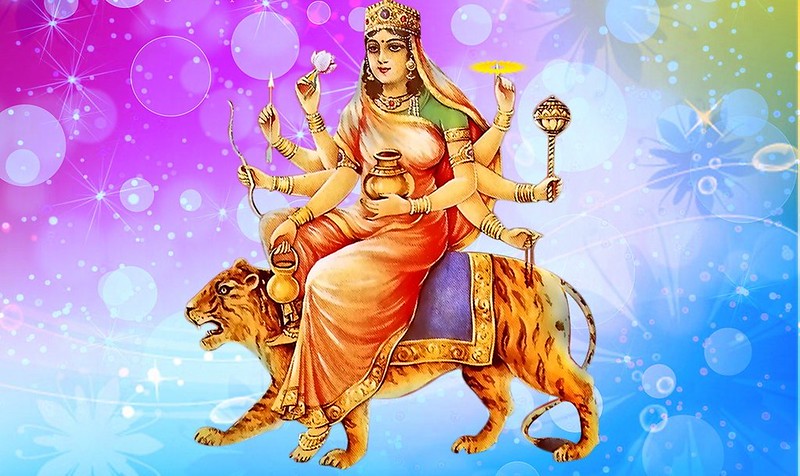 Green color is associated with Goddess Kushmunda who signifies vegetation and agricultural prosperity on Earth. It also is related to new beginnings on Earth.

Tip : You can grow a plant on this day and wear the color green on this day. 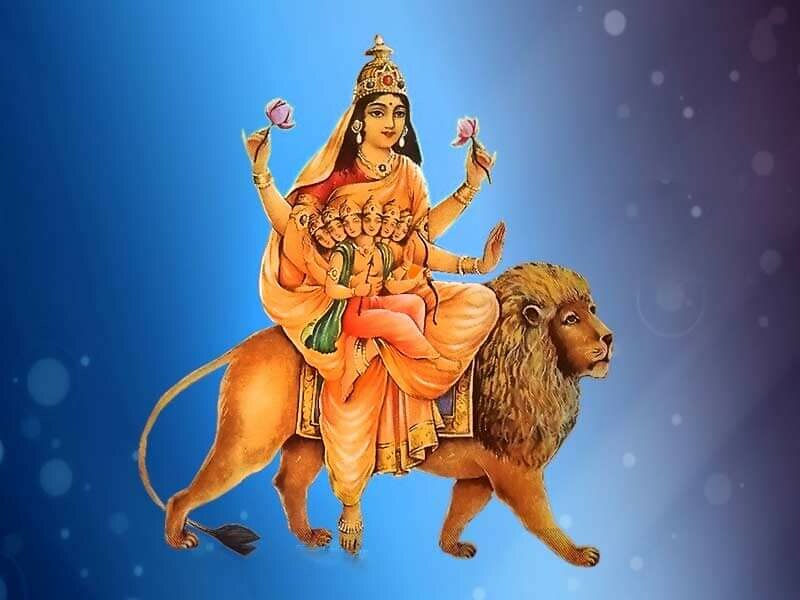 The day 5 of Navratri is associated with the color Grey which shows the strength of a mother when a child is in danger is the greatest of all powers. Goddess Durga is seen holding Lord Kartikeya in her arms and sitting on a Lion.

Tip : Since the color is the associated with the Goddess, you can wear the same color clothes. 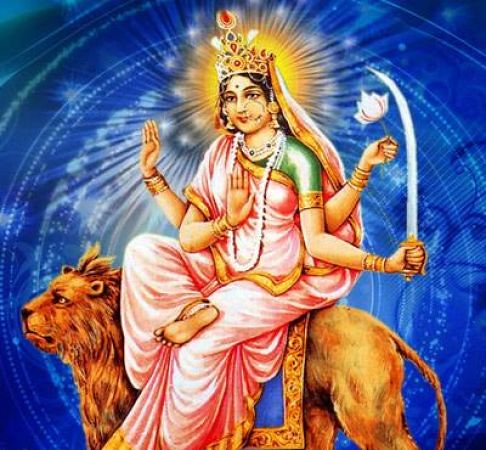 The color orange is a bright and a very happy color. It is associated with the warrior form of Goddess Durga and the color also depicts firmness and courage.

Tip : You can decorate your home with Orange Marigold flowers. 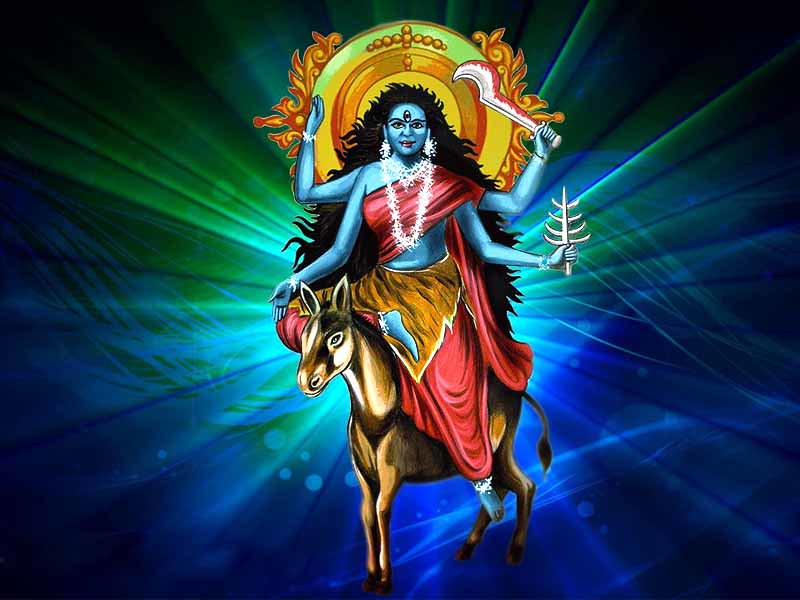 The color of the day seven is white which depicts peace. The color is associated with the story when Goddess Durga shed off her white skin and turned it into black to kill the two devils Kumbh and Nikumbh.

Tip : You can offer white color flowers to the Goddess but avoid wearing white. 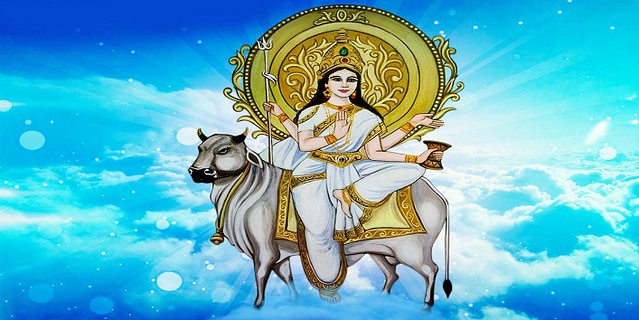 The pink color signifies positive vibes and optimistic feeling everywhere. It is associated with the Goddess Mahagauri who symbolizes intelligence.

Tip : You can wear pink Navratri dress and offer pink flowers to the Goddess. 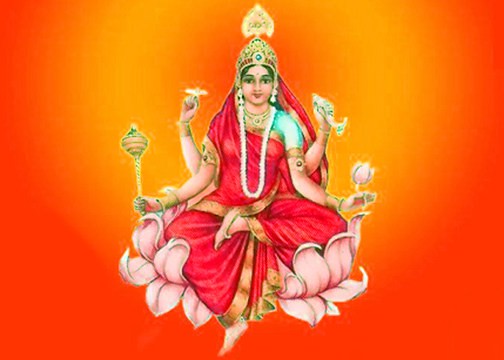 On this day, Goddess Durga attained all the Siddhis and also defeated the demons. The Goddess is also known as Mata Saraswati. People break their fasts on this day and Kanjak Pujan is done on this day.

Tip : You can wear any bright color on the day of Ashtami.

Navratri 2018 is a Hindu religious festival that brings immense amount of colors and happiness into our lives. Happy Navratri everyone!