Navratri 2018 in October is going to begin from the 10th October till the 18th October. The Navratri is also called the Sharad Navratri because it falls in the month of Sharad Ritu which are September and October. It is also considered the biggest Navratri because on the last day ie the 10th day falls the Vijay Dashmi ( Dussehra) which marks the victory of good over evil. The auspicious occasion of Durga Ashtami also falls on this day and this year it will fall on the 19th October. The Navratri in India is celebrated for nine consecutive days and all the nine forms of Goddess Durga are worshiped.

The Navratri in March which falls after Holi is also called the Chaitra Navratri and the one which falls in the month of October is called the Shardiya Navratri. The classification has been done to remove the confusion from everyone’s mind. The Shardiya Navratri 2018 is made with full pomp and show and this event marks the official beginning of the month of numerous festivals. Other than being a lit festival, the Navratri also has lot of significance attached to it. 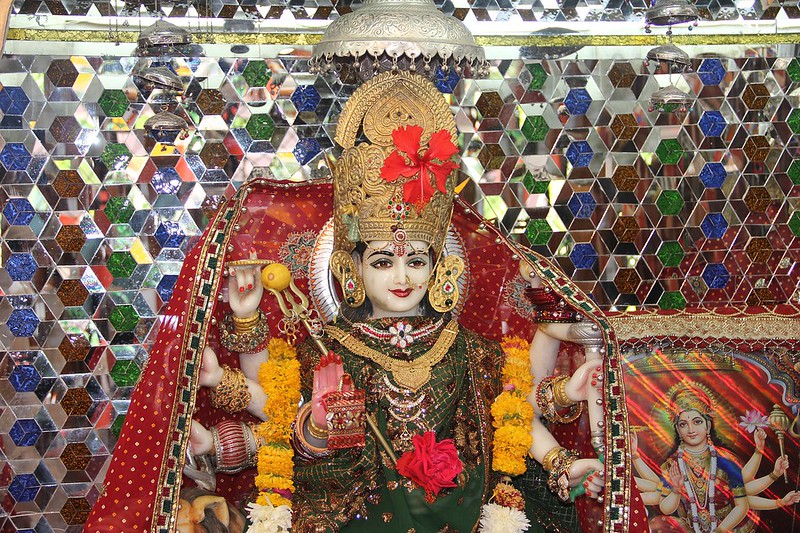 So, why is Navratri celebrated on the first place. The importance of the festival of Navratri is really high and that is because it is attached to the story of Goddess Durga and the devil Mahishasur. The battle that went on for 9 days between the two marks the days of Navratri. So, the name of Mahishasur simply means the buffalo headed, the devil had attained unbelievable powers and also boon of being immortal. He had also defeated Indra and other Devas in the Devlok. Since, humanity was in danger, all the devas gathered their energies and powers and created goddess Durga who then defeated Mahishasur. 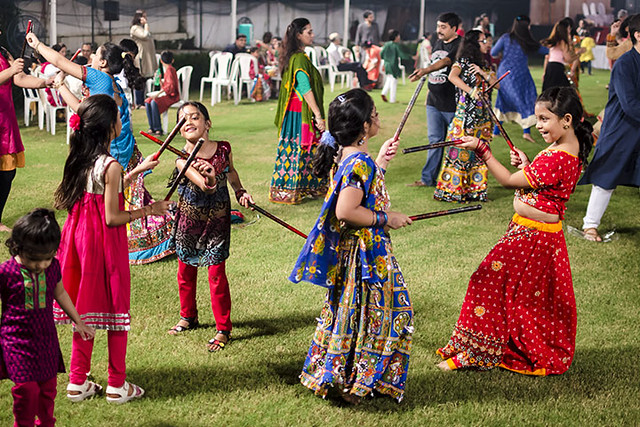 The Navratri celebration is quite colorful everywhere. It is celebrated in different ways in different states of India. The Puja is the most important part of the festival and thus should be done according to the Vedic scriptures. The puja starts from the first day when Goddess Durga is first made to wear beautiful Lehanga and accessories. The idol is dolled up with red Duppatta also known as “Mata ki Chunri”. People fast during these days and end their fast by holding a feast for the 9 little girls ( Kanjaks) as nine forms of Durga. Navratri wale Chane, Halwa and Puri is served. People keep a Kalash on the first day in which they sow “Khetri” or barley seeds as a ritual.

Many Pandals are made and Jagrans are done all night long. People do the Garba dance and pray to Goddess Durga for happiness and prosperity.

It is a sin to cook or eat Tamsic Food such as Onions, Garlic or Non Veg during these days.

These 9 days are thus dedicated to Goddess Durga and her nine forms in which she had incarnated. Below is the list of the nine avatars of Godess Durga with their names and meanings. Each day of Navratri has their own significance and the history of fasting on Navratra is also related to each form of Goddess Durga.

Significance of each day of Navratri 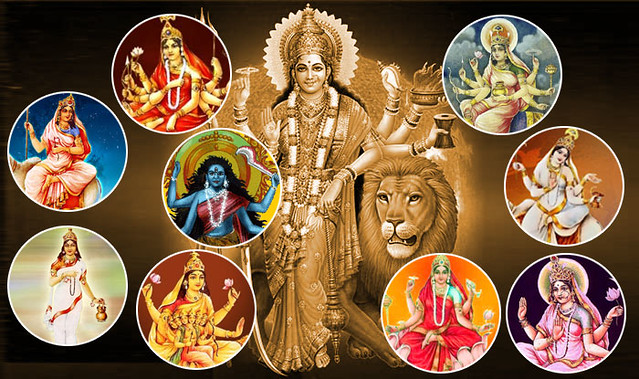 2. Goddess Brahmacharini : The second form of goddess Durga depicts calm and bliss.       She is the form of goddess Parvati as her unmarried self, hence she is worshiped for           attaining Moksha.

3. Goddess Chandraghanta : The third day of the Navratri depicts the married self of          Parvati. She is known as Chandraghanta because she attained a crescent moon on              her forehead after marrying Lord Shiva.

6. Goddess Katyayani : The day six of the Navratri is dedicated to the most fierce form        of  Durga known as the Katyayani. She is considered as the warrior.

8. Goddess Mahagauri : This form of Goddess Durga is carrier of optimism. The color of         the day is pink.

Happy Navratri all of you.