Navratri 2018! The most colorful and cheerful festival of the Hindu Religion. No matter, where you go you get to see something new everywhere. The history of Navratri is also very vibrant because of its divine significance. But why is Navratri celebrated on such a large scale. Well, that is because Navratri is a festival of utmost importance. Be it 10 points or an essay about Navratri, the one thing that comes to mind when its Navratri is definitely the moral of the story that ends in the victory of good over evil. And also, the Navratri Garba.

Navratri 2018 is going to begin on the 10th October and they will end on the 18th October with 19th October being the day of Vijaya Dashmi IE the day of Dussehra. The rituals and traditions for the festival of Navratri is not the same everywhere. The Shardiya Navratri falls on the auspicious days of the lunar month of Ashvin that is post the season of Autumn. The festival of Navratri also brings a lot of merriment across the country. There are 2 kinds of known Navratris that are celebrated in India, of which one is called the Chaitra Navratri and the other is called the Shardiya Navratri.

The Chaitra Navratri is celebrated in the month of March ie Vasanta, the 10th day is celebrated as the Ram Navmi. The Shardiya Navratri ends in Durga Ashtami or Dussehra. You can check out the full story of Navratri from here.

Several States in India celebrate Navratri in different ways. For instance, in Gujarat the merriment of Navratri is on some other level. People actually visit Gujarat during Navratri because of the amount of enjoyment there.

Scroll down to know How Navratri is celebrated of India. 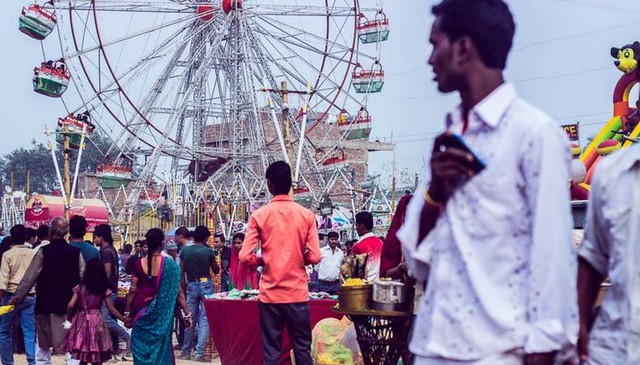 The Navratri is celebrated in all states of India with zeal but there are different tradtitions that people of every state follow. People worship Goddess Durga during Navratri. Several Ramlila skits take place. The major attraction in Bihar is the big cattle fare that take place during these days. 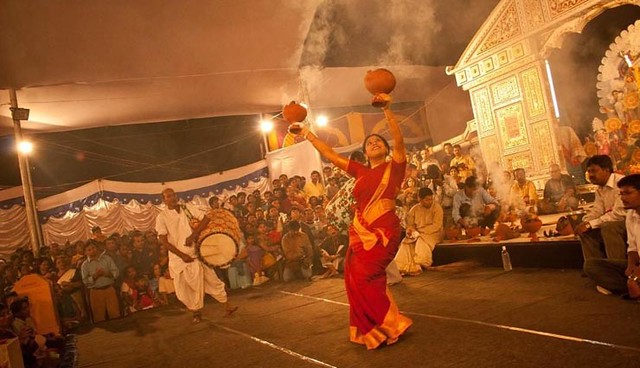 Durga Puja is considered a very big festival in the state of Bengal. The 9 days of Navratri are considered very auspicious. On the very first day of Navratri, people remember their loved ones who are no longer there with them. On the sixth day, Goddess Durga is welcomed with dance and merriment. People play with red color or Sindoor on the last day of Navratri. 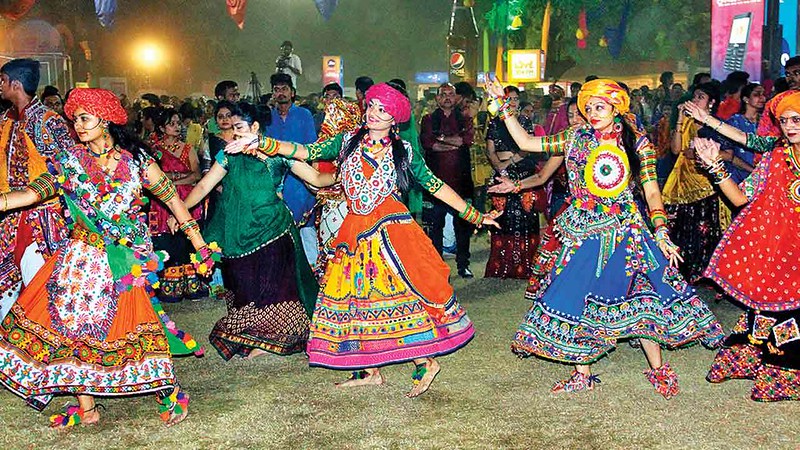 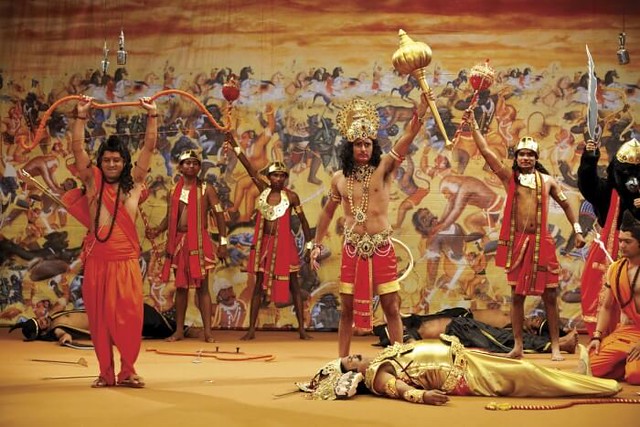 The states of Punjab, Haryana and all others in North India celebrate Navratri pomp and show. Many states are set up for the Ramlila skit and people all over come to watch the divine show. Durga Puja is done at homes and a Diya is lit which depicts Adhishakti. People wear new clothes and keep fasts during these 9 days. 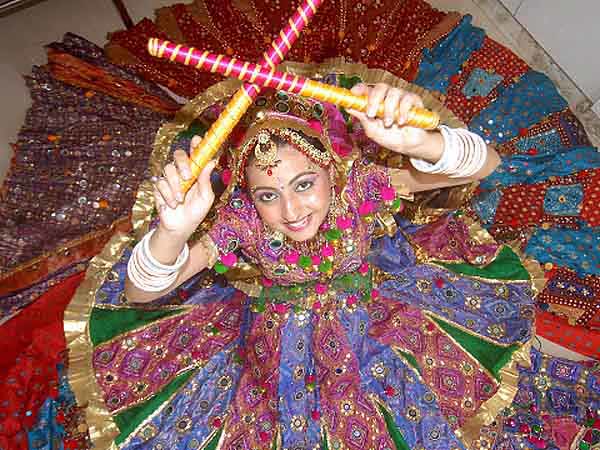 Navratri in Maharashtra are exclusively devoted to goddess Durga. People in both urban and rural setups practice the ritual of Ghatasthapana. A kalash or a jar is placed and is filled with water on the heap of rice which depicts agriculture. People pray to the deity for household and agricultural prosperity. 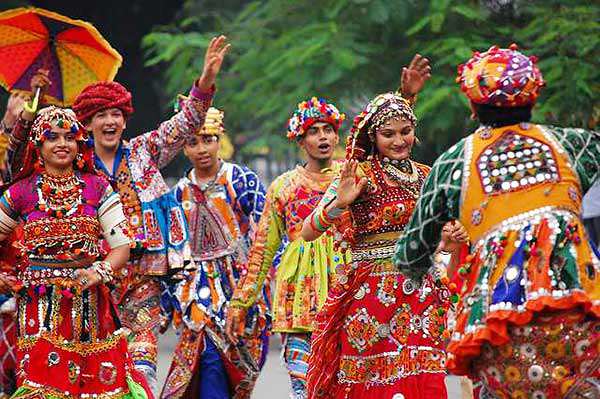 Kerela is a state where Navratri is celebrated for three days. The goddess of knowledge and study ie Goddess Saraswati is worshiped. In some places in the state, people initiate reading and writing for their kids on the day of Vijayadashmi as it is considered auspicious. 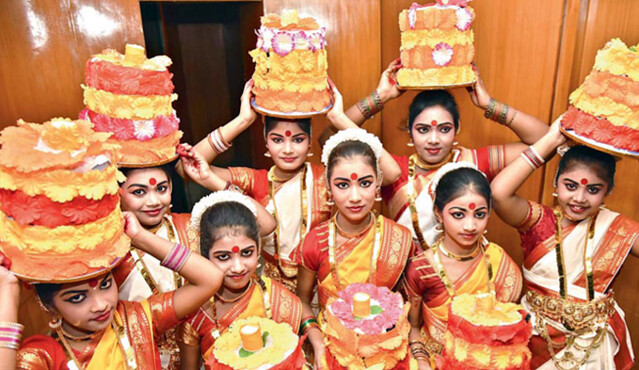 The state of Telangana celebrates the festival with utmost fondness. The flower decoration which is done by ladies in the rural area known as the ” Bathukamma” is made for the goddess. The major attraction of Navratri is the Ayudh Puja in which weapons as well as tools of trades are worshiped. 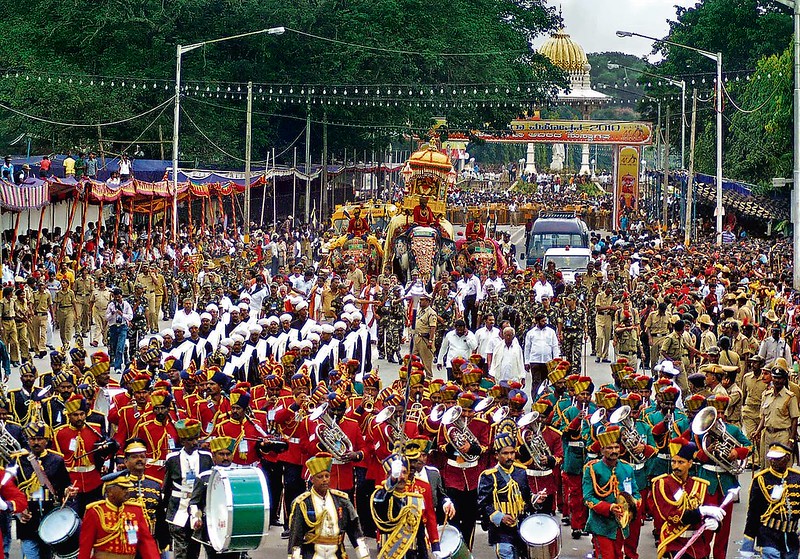 The festival of Navratri is celebrated in Karnataka is celebrated in the same ways as other states. Horses and Elephants are decorated for the procession of Mahanavmi. The royal sword is also worshiped on this day. People also decorate their house with art dolls and worship Goddess Saraswati.