Ranveer Singh and Deepika Padukone look fabulous on and off screen. After Goliyon Ki Rasleela Ramleela, and Bajirao Mastani, Bollywood’s most famous couple will be seen together again in Sanjay Leela Bhansali’s Padmavati. 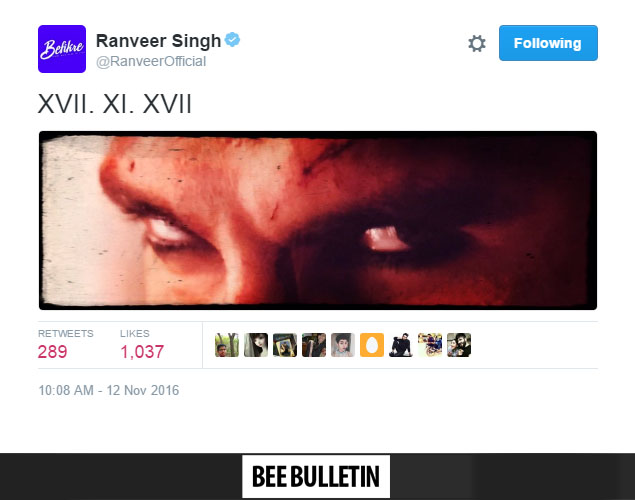 Aditi Rao Hydari is also in Padmavati as the wife of Alauddin Khilji, and Arunoday Singh is seen as Ulugh Khan, Alauddin’s brother, also Sonu Sood is in the role of Nusrat Khan.

The audience loves period dramas by Sanjay Leela Bhansali. So much so that the two, SLB and period films, are almost synonymous.

His movies starring some of the leading men and women in Bollywood, combined with romantic-drama storyline, and dazzling sets, all team up to epic movies. For this reason, Padmavati is a much looked forward to movie.

As per reports, Padmvati is a based on the events of Chittor fort seige. The historical event unfolded in Rajasthan in 1303. It was when Alauddin Khilji blinded by his desire to capture the beautiful queen Rani Padmini, led an invasion against Rana Rawal Ratan Singh.

Guess who is this?