The interesting poster features lead actress Paoli Dam in a stunning black outfit and black hat on a bed trying to gain attention of lead actor Parambrata Chatterjee. The poster looks elegant, quite colorful and visually appealing despite it being dominated by shades of red.

After playing a sizzling role in ‘Hate Story’, Paoli will again be seen in a sensuous role of a prostitute in the venture and that’s why its tagline, ‘A Love Story Born In Bed’ is extremely intriguing. 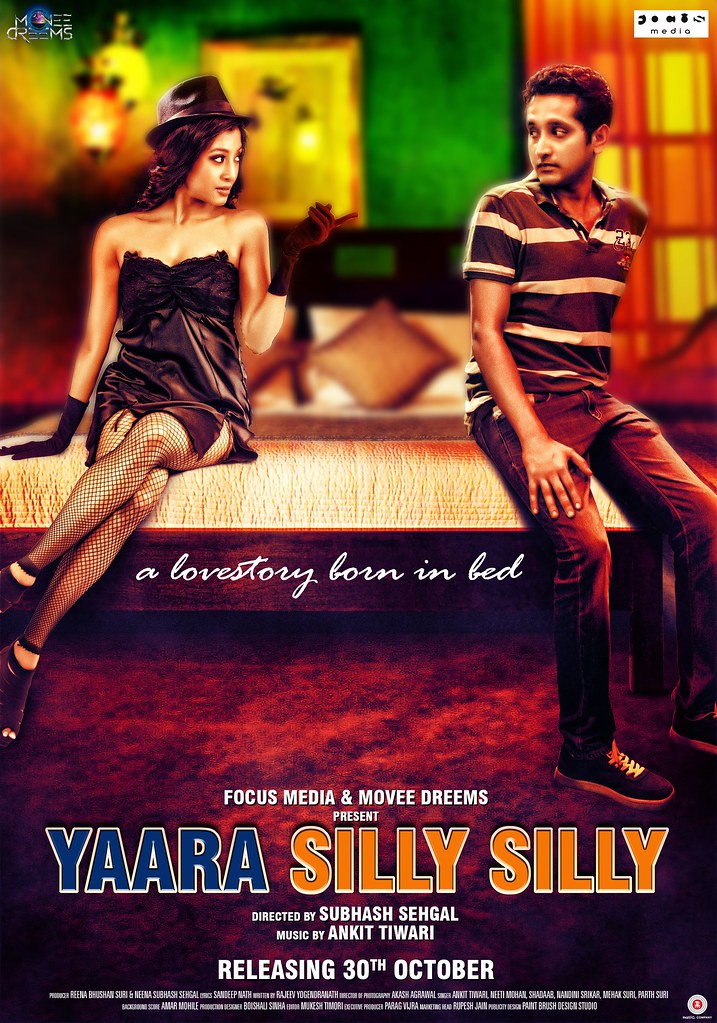 About ‘Born In Bed’, Director Subhash Sehgal told media, “To sum it up in one line, I would say it a love story born in bed. By bed what I mean is that the central character is a prostitute which is being played by Paoli Dam. The genre that it portrays is that of a mature relationship.”

Sehgal Added, “Our graphics team worked diligently to come up with this exciting poster for our film. We wanted to ensure that the essence of the story comes forth strongly in the poster but at the same time, keep a certain sense of mystery alive about our brilliant story. The tagline, ‘A Lovestory Born In Bed’ is the most apt way to describe the film. The designers took significant efforts to style Paoli for this poster in order to capture the viewers’ attention at first glance.”

Sehgal said, “Recently we got green signal from Censors despite cuss words, and I assure that my film can be viewed by a father sitting with his daughter. I don’t want to sell skin, there is no nudity and Paoli’s level of Boldness is quite justified.”

The film is slated to release on 30th October.