Rustom starring Akshay Kumar, Ileana D’Cruz, Arjan Bajwa, Esha Gupta is going to be biggest release in August. Apart from a great star cast, story premise of Rustom is extremely interesting. It is based on K. M. Nanavati v. State of Maharashtra case that happened in 1959. After five decades of this case having unfolded in Indian courtrooms, it will be presented on silver screen for first time with Akshay Kumar playing role of protagonist; and we are all excited! Check out here posters, trailer, cast, and release date of Rustom.

On June 29, 2016, Akshay Kumar who is playing role of K M Nanavati, shared brand new poster of Rustom saying “What led Rustom to be a murderer? You’ll get a glimpse of it in the #RustomTrailerTomorrow @Rustom_Film”. 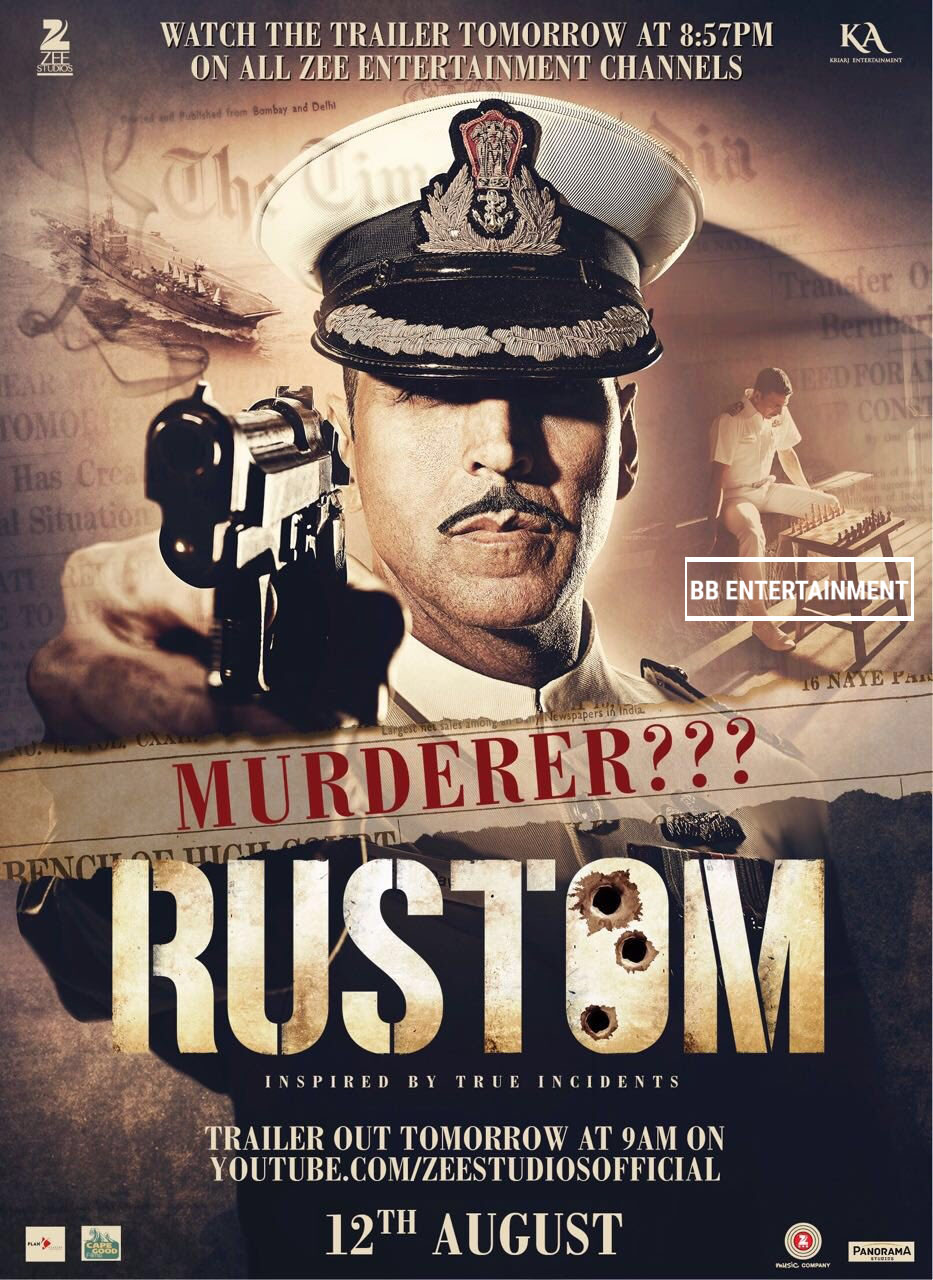 On June 28, 2016, Akshay Kumar shared latest poster of Rustom saying “Why was Rustom accused of being a traitor? Know his story. #2DaysToRustomTrailer @Rustom_Film” 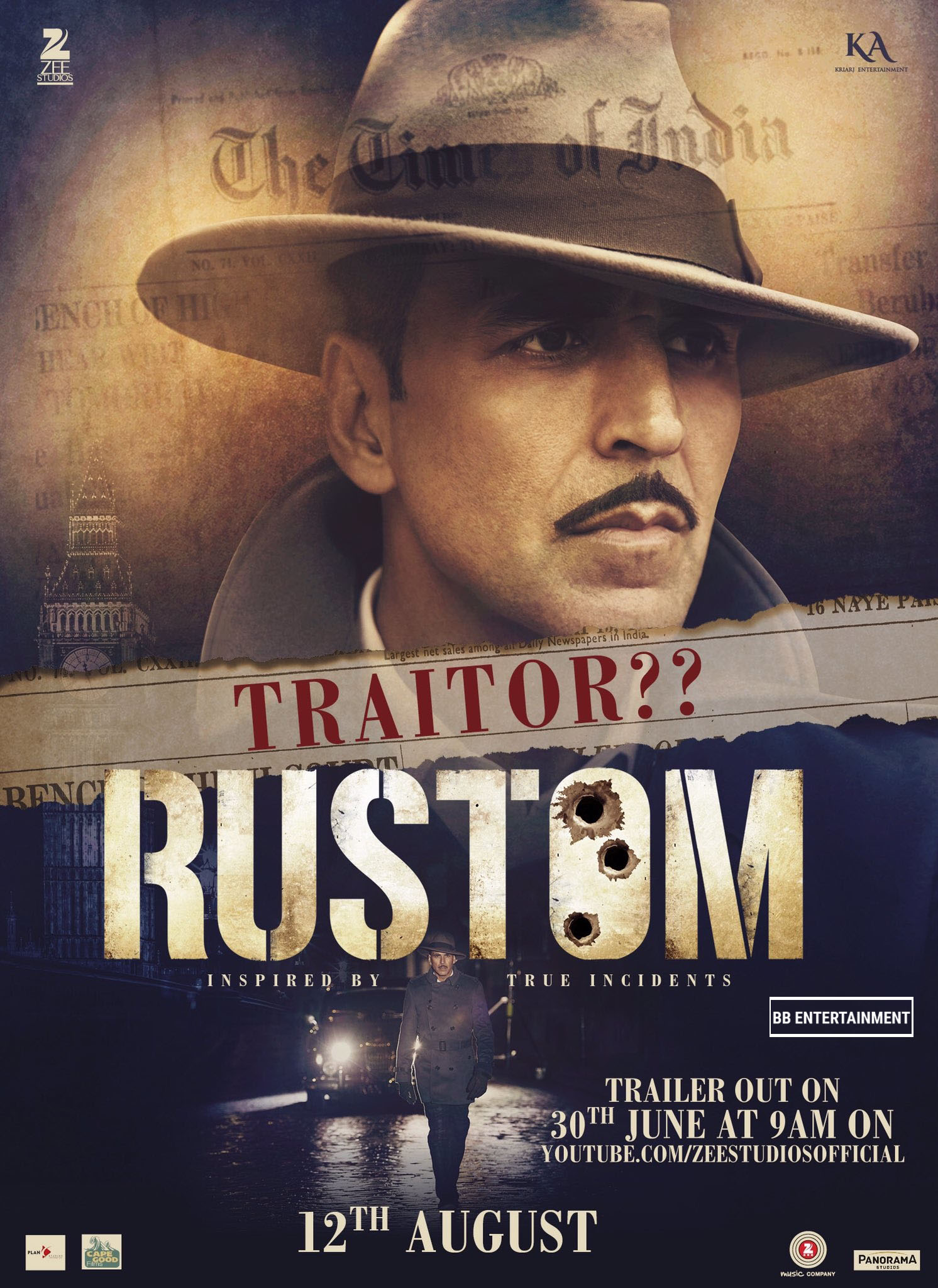 On June 27, 2016, Akshay Kumar uploaded a Rustom poster saying “Rustom’s patriotism & integrity were questioned. Did he fight back? #3DaysToRustomTrailer
@Rustom_Film” 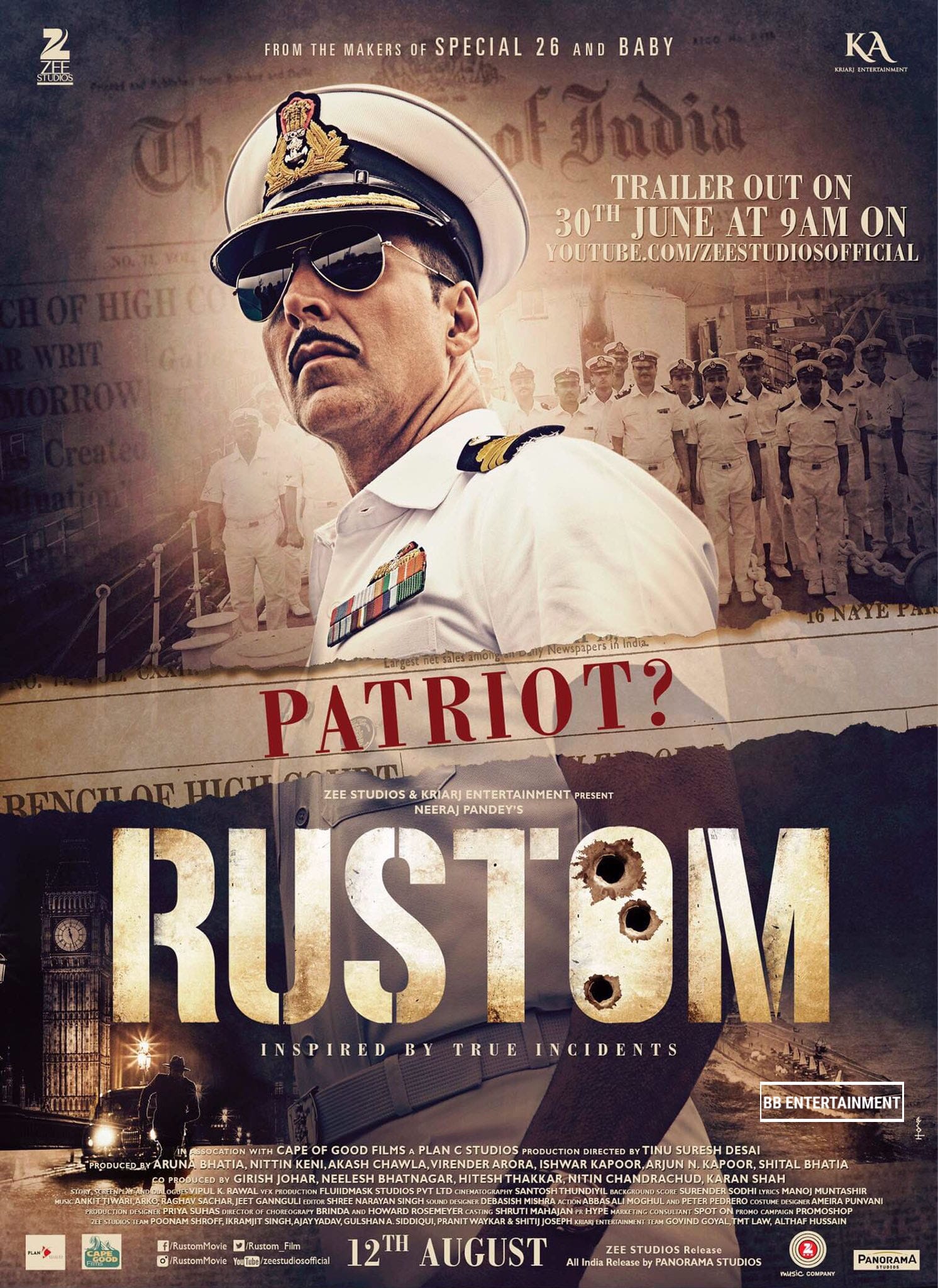 On March 2, 2016, Akshay Kumar tweeted this poster saying “3 shots that shocked the nation and changed his life! Find out what happened with #Rustom this August 12, 2016.” 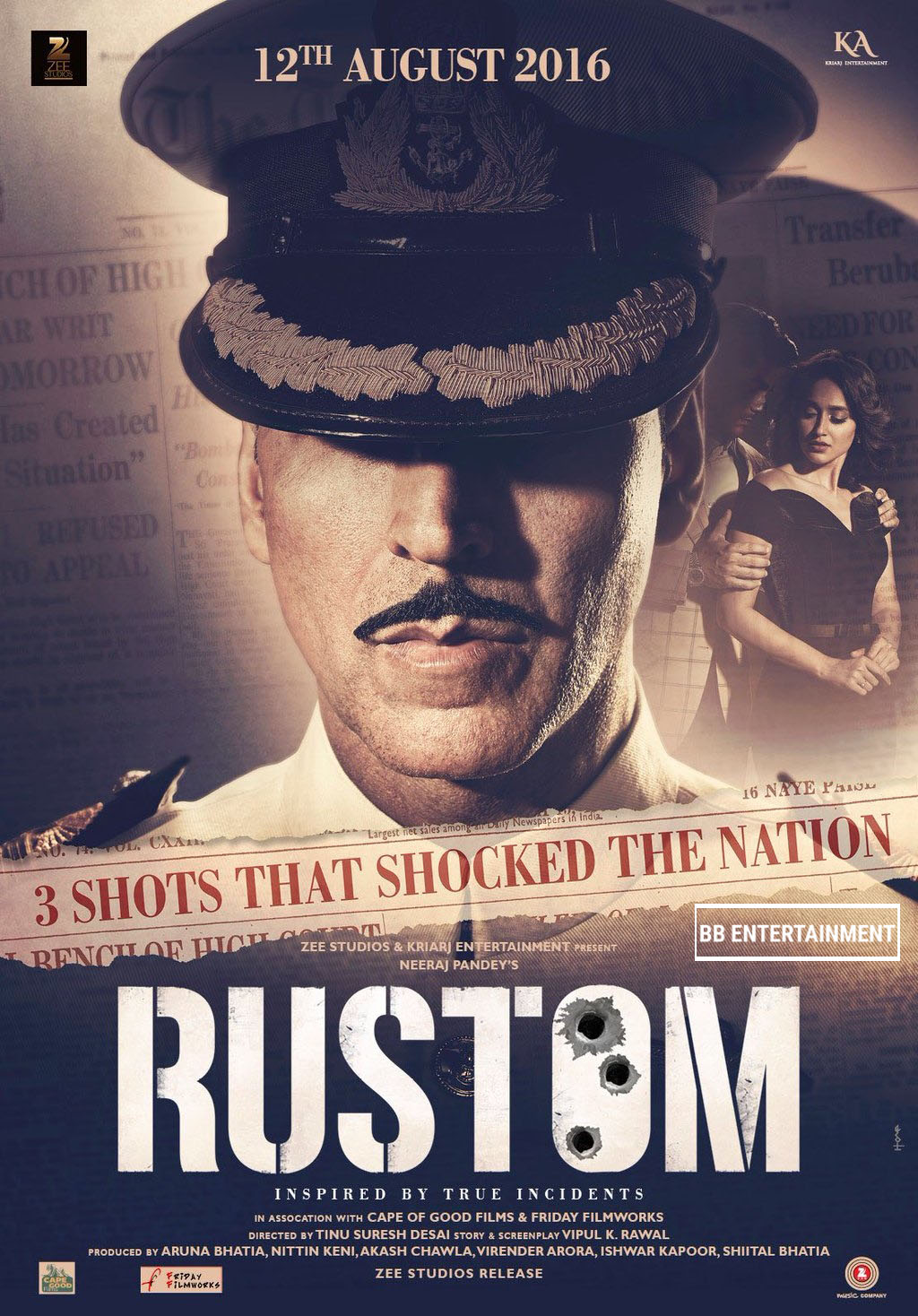 Rustom will release worldwide on 12 August 2016.