‘Chudail’ is a popular form of female ghosts familiar through many generations in India. The popularity of the character ‘Chudail’, especially in rural areas, is unarguable. However, everyone knows bits of the myth, almost no one knows everything. The most interesting thing about these stories are; if you start telling a story, another one quickly jump starts their own stories. Further, these countless legends in our traditional culture are available in various forms of pulp fiction books, folklore and oral tradition; Like the succubus of western lore… Dracula, Vampire. 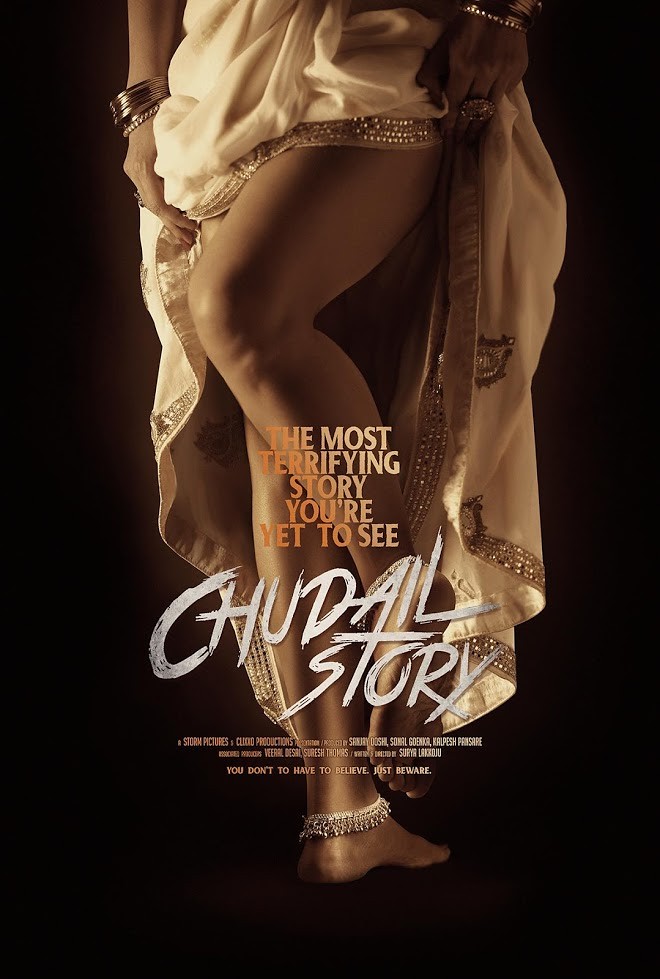 “CHUDAIL STORY promises to be different. In today’s times for me, it’s very funny to see a horror film setup, in scary faces with ugly make up and screechy loud bangs. My approach has been innovative, different and I have adapted the narrative style of a thriller. You can almost feel the suspense elements in the Hitchcockian way that arrests you with its sheer intense drama. I am an ardent fan of Hitchcock films and am very curious how the audience will react to this experiment. Taking a cue from the richly imaginative and fascinating traditional ‘chudail’ stories, I am triggered by its sheer audacity of holding power; I am attempting to tell a terrifying story, that one hasn’t seen till now”, shares Surya Lakkoju, the writer & director of the film.
Surprisingly… the trailer of the movie uploaded on a popular video sharing platform attracted more than 50K views on the first day itself, raising the curiosity around a small but concept based horror/thriller fare.
Starring Preeti Soni, Amal Sehrawat, Nidhi Nautiayl, Sorab Rajput, Menka Lalwani, Sunny Charls and Akash Rathod. Presented by Storm Motion Pictures and Clixxo Productions, ‘CHUDAIL STORY’ is produced by Pratibha Bhosale, Sonal Goenka and Kalpesh Pansare. CHUDAIL STORY is finishing its post-production and eagerly awaiting to meet you soon!