I am the average Android user who had been waiting for the Google Pixel. That I was more than excited to finally upgrade from Nexus 5X to Pixel would be an understatement. I was mega excited. 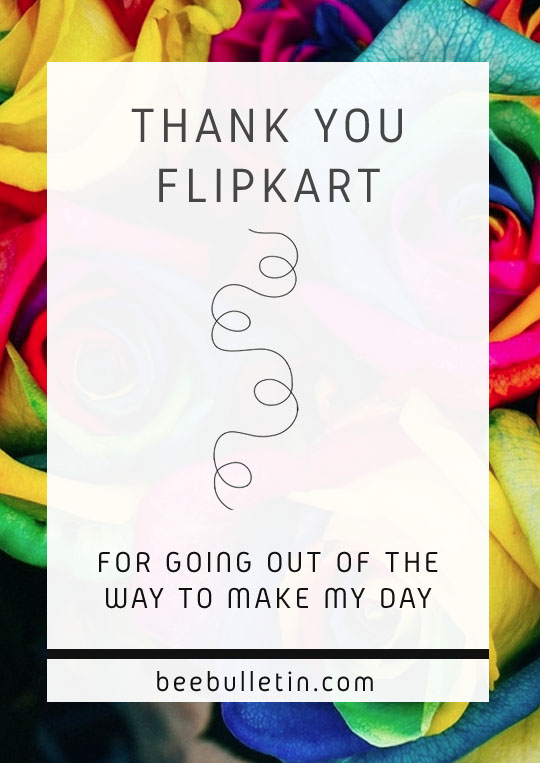 Google finally announced that it would launch Pixel in India in October, and at the first chance I got, I pre-ordered it at Flipkart which is the exclusive e-commerce platform for Pixel in India. That was around a few days ago. Today I went out for a drive with my little brother somewhere in the afternoon, planning to return by evening. Little did I know I was in for a surprise.

The sun was high up when I revved up the engine. I had a lot of catching up to do with my brother and so the gossip filled ride to the destination was quite fun.

At around 6 PM I got a call from an unknown number. A certain Mr. Om Veer Singh from eKart courier had called. We did not know each other but he had something I wanted. Google Pixel. You see, Mr. Om Veer Singh was out to deliver me the Google Pixel I had ordered. Coincidentally he had called at a time when I was on my way back, and having traveled on the route on numerous times before, I knew I could reach within an hour and half. This, I told Mr. Om Veer Singh and he was happy to tell me that he could come by then and give me the package.

However as we traversed a few more kilometers something else became apparent. The infamous Delhi jam.

It seemed like all of a sudden all of Delhi was out on the streets trying to block my way.

On opening Google Maps we realized that the road had become a nightmare starting to unfold. Yes, there was horrible congestion on the road. Sighing, I decided to tell Mr. Om Veer Singh that it seemed difficult to reach by the said time. Unfortunately, the number he had called from was a number from his office and / or due to network issues the calls did not get through.

I had a lot of thoughts going on in mind, but decided not to bore Mr. Om Veer Singh with any of these. The only thing I told him was that I was stuck in traffic and it seemed like it would take me at least one more hour.

Thankfully the Gods took mercy upon me and cleared the traffic up a bit. I reached at exactly 8:45 PM and called him up; this time the call connected.

Within 15 minutes Mr. Om Veer Singh was standing before me. From his huge bag he took out the package and smilingly gave it to me. To my brother standing besides me he gave a box of Ferrero Rocher saying “Sir, this is a gift from the company“.

He then laughed and said “Sir for your package I waited for three hours. You see, the big man of Flipkart, Mr. Binny Bansal had personally called up and said that we must deliver these packages today.”

Of course I mentioned Excellent Service!

With his job well done, he hopped on to his ride and drove away.

Thank you Flipkart for going out of the way to deliver me Google Pixel.

Thank you Mr. Om Veer Singh for not even once getting impatient with the situation.

You see, this man, a simple delivery guy, has made my day. In fact he has reinstated my belief in the e-commerce scene. Right now I am facing a not-so-great situation with another e-commerce portal wherein the delivery guy there has been repeatedly putting up false excuses for not delivering my package. On the other hand Mr. Om Veer Singh really shines out as an exemplary case in point that services at the delivery end is what sets apart any e-commerce platform from another. Next time, I will not hesitate in pre-ordering anything from Flipkart!

Thanks to Flipkart and Mr. Om Veer Singh, I could happily unbox the Google Pixel and bask in its awesomeness. Christmas just came early for me.