India is an importer of crude oil, and the price of fuel oil is always dependent on the overseas market. The oil import is the reason we observe the ups and downs in the petrol prices. These fluctuations affect the budget of a middle-class family a lot. From a long time, auto manufacturers are trying to find an alternative. Recently, the electric car was invented and got humongous reactions from buyers.

Although the electric bikes are already there in the market, these are the utility-based models made for the shorter distance. The manufacturer of T6X electric bike, Tork Motorcycle claims that it is the first performance-oriented motorcycle.

It took them seven years of exhaustive research and development. The makers equipped T6X with TIROS technology, which is an acronym for Tork Intuitive Response Operating System. It analyses and compiles the data for every ride range, forecast power management, and real-time power consumption. The bike has a system, which can turn it into a sports bike or a comfortable cruiser. It also incorporates new features automatically via the cloud. Some amazing features of the bikes are as follows: 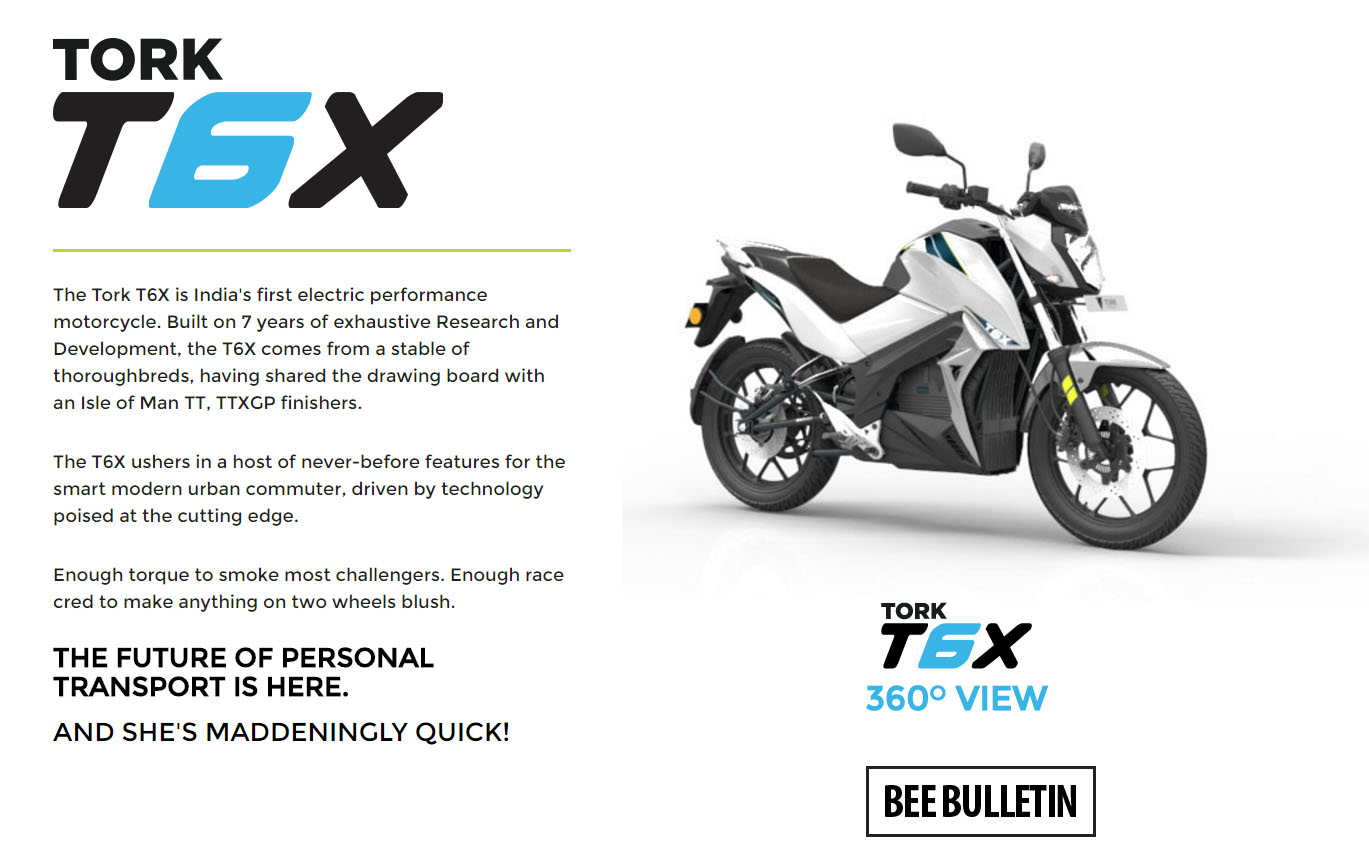 Each person becomes a rush rider in city traffic to reach office or college on time. A perfect torque saves a lot of time. The manufacturer provided the bike with the torque of 27NM, which gives you an instant speed of the traffic lights.

If you are a regular bike rider, you can understand the problem of holding and carrying the helmet everywhere, which is uncool and uncomfortable at the same time. So, the manufacturer has created a space for keeping helmet so that you don’t have to carry the helmet everywhere. It has a charger point for your cell phone and space to keep your stylish helmet.

The distance measures the efficiency of an electric bike it can cover with one time charging. The Tork T6X can go up to 100 km with a one-time charge. So, now the fuel recharging has become the thing of the past.

The erstwhile electric bikes had the speed limit of around 60Kmph, which made them unworthy for speed lovers. The manufacturer kept this point in mind and built a bike which can give you the speed that can go up to 100Kmph and the rider will not experience any vibrations.

The fundamental concern with the electric bike is the charging time. Well, the manufacturer has sorted this problem in the motorcycle. As per the company claims, this bike gets charged up to 80% in just an hour.

The bike has the 4.3’’ TFT screen with app and cloud connectivity. So, now you can know more about the motorcycle’s performance and also about your riding style.
So folks!! The manufacturer of Tork T6X has provided everything you have desired from an electric bike. You have speed, torque, and digital interface and don’t forget the helmet space. So, if you were waiting for the performance in electric bikes, this bike is made for you.

Taher Shah’s New Song ‘Mermaid’ To Be Released In December