Twinkle Khanna is now a famous author as well as a popular columnist at Times of India. She is also a well acclaimed interior designer by profession. The daughter of legendary actor late Rajesh Khanna and beautiful, versatile actress Dimple Kapadia, she is married to Bollywood superstar Akshay Khanna. Stardom hasn’t affected her humorous streak, and she is quite loved as being witty and straightforward in her columns. Of course her book therefore is being released among much fanfare.

The Legend Of Lakshmi Prasad – Launch Of The Book

Twinkle Khanna ventured in her writing career with her first book Mrs Funnybones (know more about it here). Next, her second book titled The Legend Of Lakshmi Prasad will be out in the market. 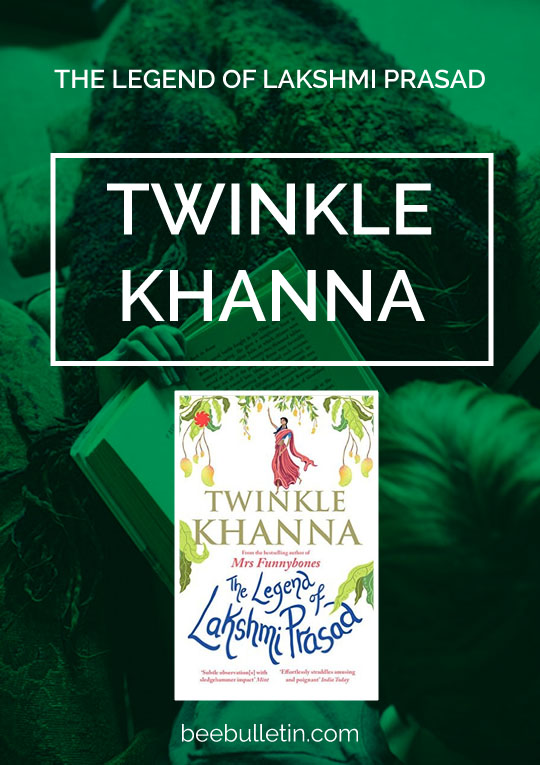 In one of her latest tweet, she informed that her new book is up for pre-orders on Amazon or you could pre-order it at Flipkart. In fact, her new book has already made it to the top 3 on the pre-order announcements on Amazon. Twinkle gave a little sneak peak about her new book by tweeting, “My new book of stories that will hopefully make you laugh a lot and sigh a little.”

Success Of Her First Book

Mrs Funnybones: She’s Just Like You and a Lot Like Me was the first book written by Twinkle Khanna that launched on 18th August 2015.

She became India’s highest-selling female writer of 2015 with more than one lakh copies sold of her first book. The book was about the experiences of the author concerning her family, surroundings and how she deals with them.

And she presented all the colours of her life in a very humorous way. The book received good reviews from the known authors and renowned newspapers.

Twinkle Khanna is well known for her jibes on Twitter. Every once in a while, she tweets about the trending topics or concerning issues prevalent in our society. No wonder her tweets are witty and hilariously funny, but they do make sense when it comes to grave matters. Some of her remarkable tweets were where she mentioned how we Indians could be orthodox at times that we hang lemons threaded with chillies on the rear-view mirrors of our car to save it from bad omen.

In one of her tweets, addressing the famous singer of Pakistan, Taher Shah, she said, “Pakistan doesn’t need nuclear weapons when they can just drop this purple bomb on us.” Many Twiterrati retweeted it and was noticed by Pakistani media as well.

Another such hilarious tweet was on an Indian woman’s situation about how they ask for a cape but get an apron instead.

Twinkle’s recent take on Karwa Chauth ritual left people in a split where she mentioned, how these days, by the age of 40, people could be on their way to 2nd marriage, so fasting for the long life of the husband is certainly not needed as they are not required to live long.

Well, by reading the tweets we can figure out that her humour quotient is quite high and she knows for sure how to make people laugh. We are excitedly waiting for Twinkle Khanna’s new book and hoping she would amuse us again with her funny tales and accounts.