Kangana Ranaut is famous for her bold firebrand attitude and outspoken behavior. She has a reputation of being a brutally honest woman.

The three-time National Award winner actress always remains the talk of the town. Be it the refusal of an ad film promoting fair skin or her affair with Hrithik Roshan, she always manages to stay in the news. In her latest interview, Kangana Ranaut talked about her past in detail, including her troubled relationships and Hrithik Roshan chapter. She also talked about physical abuse and feminist men around us. 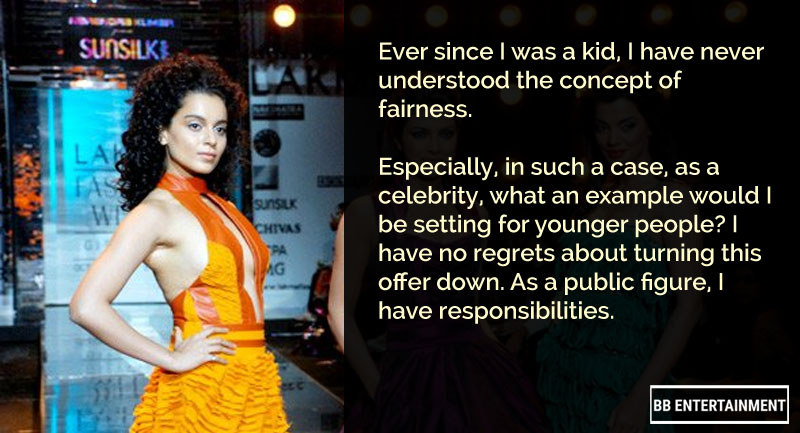 The Definition Of Feminism For Kangana Ranaut

Kangana Ranaut disgraced the common notion of feminism by saying that “if feminism is generalizing our men and filling them up with a sense of shame and guilt then I am not a feminist. It is more important to empower our feminist men than women as they are going to lead feminism”. 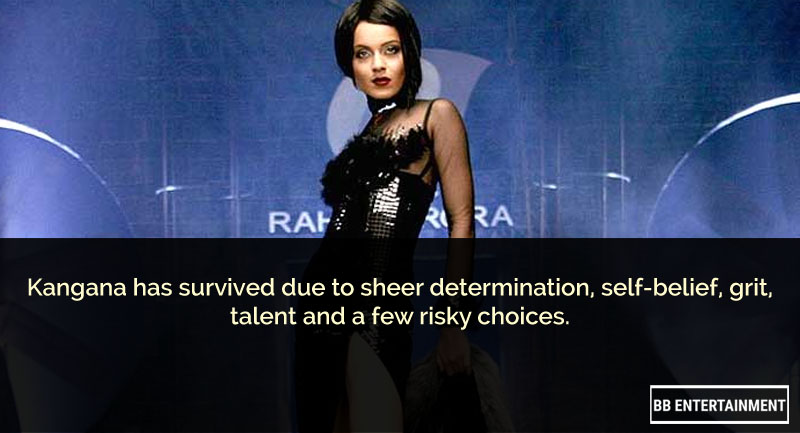 Answer A Bully In A Different Language

When asked about being an outsider in the industry, she replied that the giants of Bollywood bullied her. These giants wanted her to answer in the same manner, but she resorted to the power of her intellect than the muscle power. She suggested that one should reply in a different language when a giant of any sort, bully someone. One has a power of truth, honesty, intellect, etc. other than muscle power. So, believe in the powers vested in you. She suggested not avoiding but dealing with the bully and breaking his psyche.

A Language Of Communication Doesn’t Define You, But Your Character Does

When she entered the film industry, she was not very comfortable with the snobbery of an English-speaking crowd of Mumbai. She said that a language, your religion, your gender, your culture or your skin color doesn’t define who you are, but your character represents your true identity. In Mumbai, those who find her accent fake also get noticed for having a fake accent when they go abroad.

I Faced Extreme Physical Violence When I Was Seventeen

On the question of physical abuse, she said that I was faced with extreme physical violence at the age of seventeen to a point when I saw my death looking me in my eyes. I had two options, either to put up with that or as a minor go to the Police. I went to the police station without bothering about the fact that it will lead to the revelation about my condition to my parents.

There Was No Legal Proceeding Ever Initiated Against Me

Speaking about the recent Hrithik Roshan episode, She said there were no legal proceedings against me. There was a lot of media drama, a lot of slut shaming, many threats, but there was no case ever filed against me. She said, “There was a feminist pressure on me to reveal the sob story, but I was in a consensual equation with an individual, and I was perfectly able to deal with the stuff coming my way as an adult.”