Once you turn the TV on and there’s a musical playing, you are bound to have a smile on your face, and if you are extrovert enough, your inner dancer may jump out in joy and match the beat with the cast as they dance their merry way! Now, if the musical movies have good … Read more

August 11 is celebrated as hip hop day. 44 years back in the year 1973 DJ Kool Herc changed music forever. The 18-year-old Jamaican-American decided to do something different at his sister’s party, Instead of playing the songs in full, he played only their instrumental sections, or “breaks”. While he played the music the crowd … Read more

Taher Shah has come out with his latest music video “Mankind Angel”, and within hours he was viral all over social media again. Why you ask? Because he is freaking awesome! No one can actually match the quality of music, and infuse so much soul into one music video like Taher Shah. All bow before … Read more

Nisha has had a long standing bond with music. She has starred in a number of music videos with singing legends, may it be Sonu Nigam’s ‘Chanda Ki doli” or “Kabhi Aisa lagta hai” by Lucky Ali. The transition of Nisha, from being a leading face of the Ad world to Music was a natural … Read more 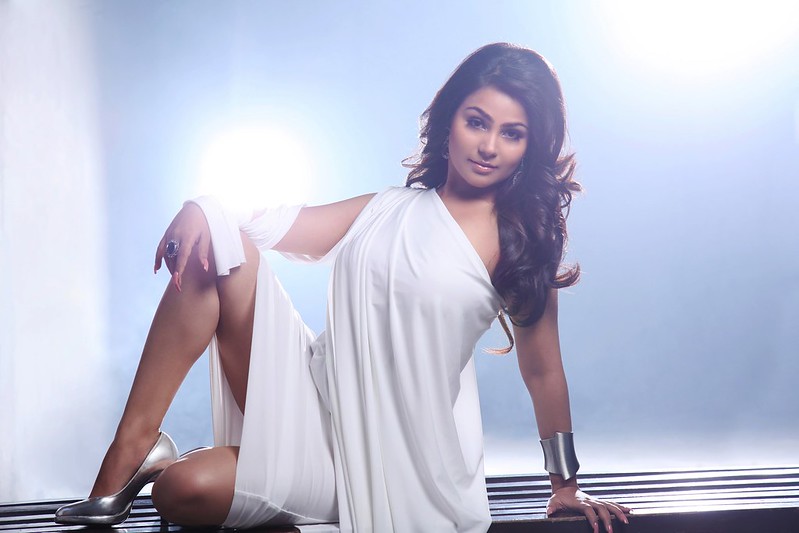 “Charlie Kay Chakkar Mein’s song ‘Kutta Kaat Gaya’ has quotient to be viral as Kolavari D. This is the weirdest and craziest song one would have ever heard in the recent past. The first line itself will hook you in the groove. The song carries the quotient to go viral among youths”, producer Karan Arora told media.
The video too is bit crazy, shot at a wedding venue Blue Sapphire (Delhi). The location, the after party theme and the acting of the lead girl Shweta Sharma in a shimmering saree and a drunken avatar looks very unconventional and funny.
The song is composed by Rohit Kulkarni, penned by Abhiruchi Chand, crooned by Nayantara Bhatkal and Abhijeet Sawant.
The Film features Naseeruddin Shah, Anand Tiwari, Amit Sial, Nishant Lal, Manasi Rachh, Disha Arora, Aanchal Nandrajog, Auroshikha Dey, Manasi Rachh. It also feature Elena Roxana Maria Fernandes and Shweta Sharma in a drunken appearance. The film is releasing on November 6.

The makers of upcoming romantic film, ‘Yaara Silly Silly’ have unveiled a vibrant retro-style number ‘Yun Hai’ which has been rendered by ‘Jiya Re’ singer Neeti Mohan and composed by Ankit Tiwari.
‘Yun Hai’ is the first fun-filled number from ‘Yaara Silly Silly’ with the other two songs of the film –‘Sathia’ and ‘Behki’ being out-and-out romantic tracks. While the other two songs captured the true love and chemistry between lead actors Paoli Dam and Parambrata Chatterjee, this is the song before they actually fall in love.
“It’s a retro kind of song that I have attempted.  It will take listeners back to the style of dancing – the slow dancing that was prominent during earlier eras. You can also call it a Latin kind of music. This song sounds as if Latin music was composed in India during the earlier era.  It’s along the lines of ‘Aaiye Meherban’. But despite its inspiration from that period, the song is completely modern,” said Ankit after successfully going out of his space of romantic and slow numbers.
In the song Paoli, who plays a sex worker in the film, is trying to seduce Parambrata who has accidentally landed up at her workplace. The picturization of the song is not vulgar, and is captured in a humorous manner with Parambrata’s uncomfortable expressions for her seductive moves definitely looking funny. In the first two songs, Paoli’s beauty was exhibited in sarees but in this one, she sizzles in a hot outfit and seductive moves which includes tying Parambrata’s hands and displaying her stylish moves with a hat and stick.
“We had no doubt about the success of ‘Yun Hai’ since it has an amazing combination of the beautiful voice of Neeti and brilliance of Ankit. They are already established stars now and that’s the reason we thought of first releasing the songs which were sung by newcomer Mehak Suri so that she can create an identity for herself. We played songs from our film at a Navratri event yesterday and the joy with which they danced proved that our music has connected beautifully with the audience,” said director Subhash Sehgal.
‘Yaara Silly Silly’ directed by Subhash Sehgal is jointly produced by Reena Bhushan Suri and Neena Subhash Sehgal under the banner Movee Dreems, is releasing on November 6.