Well, of course, you know what is Baisakhi and why is it celebrated? If you still want to know about the complete history of Baisakhi, then you can check out over here. The history of Baisakhi dates back to many years back when Khalsa came into being. The story of the birth of Khalsa is quite intriguing and reading that first is definitely recommended.

” The Holy Guru Granth Sahib is bathed with water and milk and then kept respectfully on the holy bed.”

” Baisakhi took its name from the word Vaisakh meaning the second month in Nanakshahi calendar.”

” The festival of Baisakhi is called ” Vishu” in KERALA.”

” General Dyre ordered the cruel massacre in Jallianwala Bagh on the day of Baisakhi only.”

” The festival of Baisakhi is also important for the Buddhists because it is believed that it was on this day that Gautam Buddha gained enlightenment under the Mahabodhi tree.”

” After Guru Gobind Singh jee introduced the Panj Piare on the festival of Baisakhi, the following of Guru’s words was discontinued and the Holy Book was declared as the ultimate guide of Sikhism.”

” Baisakhi is also called the Thanksgiving day for the farmers because of fruitful harvests the crops bestow over them.”

” The festival of Baisakhi symbolizes the Spring Equinox, the day actually marks the changes in the calendar.”

” Parades are held in various parts of the world where a majority of Sikhs reside to mark the onset of New Year and Baisakhi.” 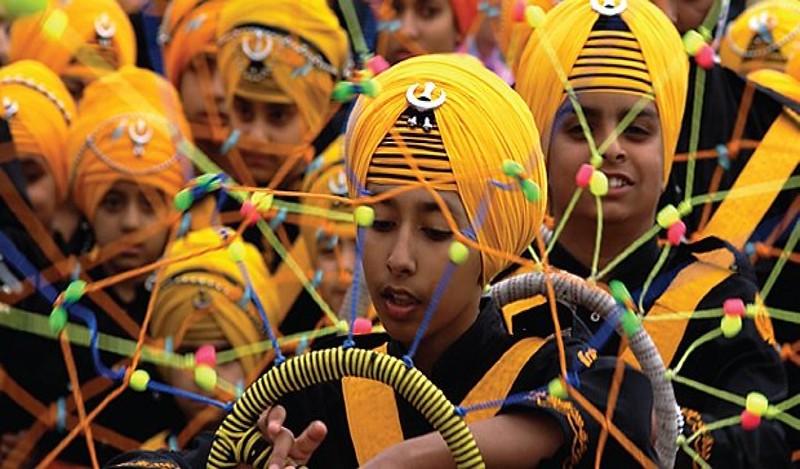 Baisakhi is a festival that teaches us togetherness and the inspires us to help the ones in need like the Panj Piaras so, instead of hurting anyone indirectly or directly try to make everyone happy around you and always help those in need. Make your Baisakhi be more meaningful and happy.