Classy by it’s definition means someone who is stylish and sophisticated at the same time, words that are truly befitting to one world leader that has won hearts all across the globe. 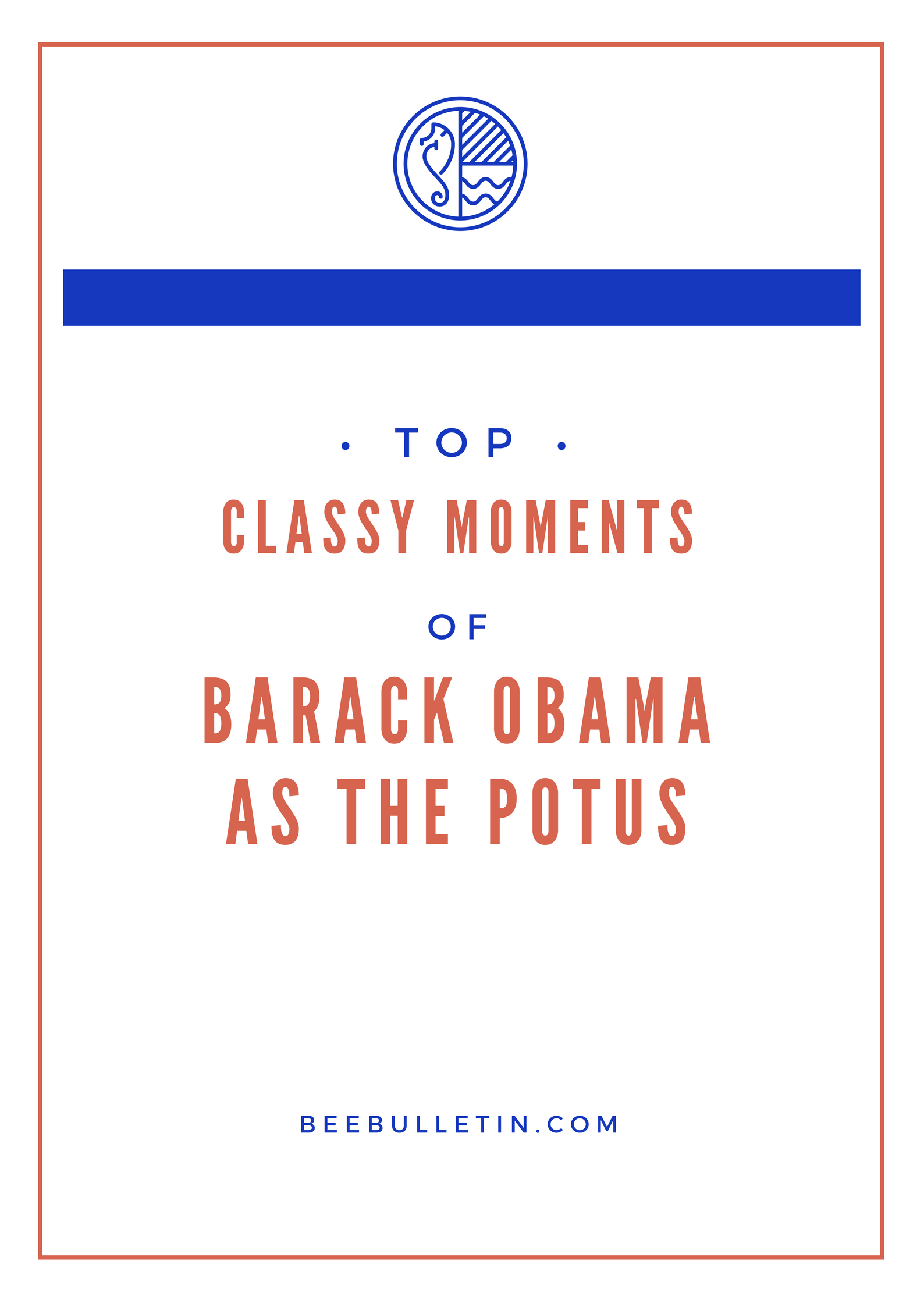 We’re of course talking about the President that we’ve all come to love in the last decade i.e. Barack Obama, the President of the United States.

Obama has been a leader of great wit; his actions have spoken larger than his words. Be it the brave step of killing Osama Bin Laden in his own den or helping out Iran and Iraq during their extreme crisis, he’s been a president with a heart and we try and crackdown some of the most classy moments of his presidency.

To the rescue of the pregnant lady

During one of his White House speeches at the White House Garden, Obama was delivering a speech on “Obama-care”, absolutely devoted in making people aware of this important government scheme yet not allowing himself to not be concerned of people standing before him – almost as if to suggest that he has 2 eyes on the front and 2 on the back. Karmel Allison, who has type 1 diabetes and was 20 week pregnant at the time, was seen visibly moving back and forth and it seemed that she’ll fall and with people around her giving their eyes and ear to Obama, nobody observed this but the President himself. Stopping midway through his speech, Obama reflected the attention to the pregnant lady and one of the white house representatives took her inside – in his classy fashion, Obama said on the mic “this is what happens when I talk too long”.

A stroll on the Washington streets for a burger

In yet another exemplary example of how Obama connects with the common man of America – Obama showcased why he truly is a President of the people. While it is quite common for Presidents to walk on the streets of a busy city but with them closely guarded with their bodyguards, this particular case was different. Obama went to a Washington Burger outlet without taking his bodyguards and bought burger and fries; not just for himself but took a take away and gave it to his staff members back at the white house. We can only say – we hope we had a boss like Obama.

It is quite frequent that a President is posed with some embarrassing questions, with his life always being in the limelight but it’s not often that a President keeps his composure and answers the question so well that he wins heart of even, let’s be honest, his “not such big fans”. At a town hall in New Orleans, during the question session with the audience members, a young member who was only in his 4th grade asked Obama “why do people hate you”?

The answer that Obama gave aptly defines why he truly is classy – “You’re in fourth grade? Well, now, first of all, I did get elected President, so not everybody hates me, now. I don’t want you to — (laughter.) I got a whole lot of votes. I want to make sure everybody understands. But you know, what is true is if you were watching TV lately, it seems like everybody is just getting mad all the time. And, you know, I think that you’ve got to take it with a grain of salt. Some of it is just what’s called politics, where once one party wins then the other party kind of gets — feels like it needs to poke you a little bit to keep you on your toes. And so you shouldn’t take it too seriously.And then sometimes — as I said before, people just — I think they’re worried about their own lives. A lot of people are losing their jobs right now. A lot of people are losing their health care or they’ve lost their homes to foreclosure. And they’re feeling frustrated. And when you’re President of the United States, you know, you’ve got to deal with all of that. That’s exactly right. And, you know, you get some of the credit when things go good; and when things are going tough, then you’re going to get some of the blame and that’s part of the job.

But, you know, I’m a pretty tough guy. Are you a tough guy? You look like you’re pretty tough. And so you’ve just got to keep on going even when folks are criticizing you.”

Boy: Does my hair feel like yours?
Obama: Touch it, dude!
Trump: Believe me I have the best hair, the greatest hair pic.twitter.com/kCQVGHdQ0C

Seeing as how busy the day of a American President is, you’d often not find a President making time to meet son of one of his many staffers but not with Obama, the people-connect and the emotional values that he carries with himself is truly impeccable. In the very first year of his Presidency, in came a staffer’s son to meet Obama and funnily wanted to touch his hair to know if it felt like his own, Obama bestowing in front of the kid – let him have his fun.

President oh President, the world needs you – sure is what even anti Obama lobby is saying right now.

It’s noted that the success of any political leader is determined by how he connects to the common man and behaves with them in a manner such that he becomes a part of their own; he no more is a high-man occupying a senior chair, he becomes a common man’s voice and face, to help them overcome their hardships.

It’s the same with Barack Obama. We leave you with the image of Obama sharing an impromptu hand-fist with janitor Lawrence Lipscomb in the Eisenhower Executive Office, a defining moment of where Obama came from, how he has connected with people and why we love him as President of United States Of America.

Here is a bonus classy moment!

YT / The White House
“I thought I would never live to get in the White House. And I tell you, I am so happy. A black president! A black wife! And I’m here to celebrate black history. Yeah, that’s what I’m here for.” – Virginia McLaurin