For most people who have had a taste of fame, vanity takes over soon enough. Such is not the case with gold medalist wrestler, Sangram Singh. He has attained the epitome of success in the sports arena and has been seen on both the big screen and the small screen. But humble is just a way of life for this national hero. Most celebrities are busy celebrating with family and friends, throwing huge parties, basking in their own self indulgent space.

That was not the case with Sangram, who spent most of his Diwali evening at a shelter for underprivileged and differently abled children. 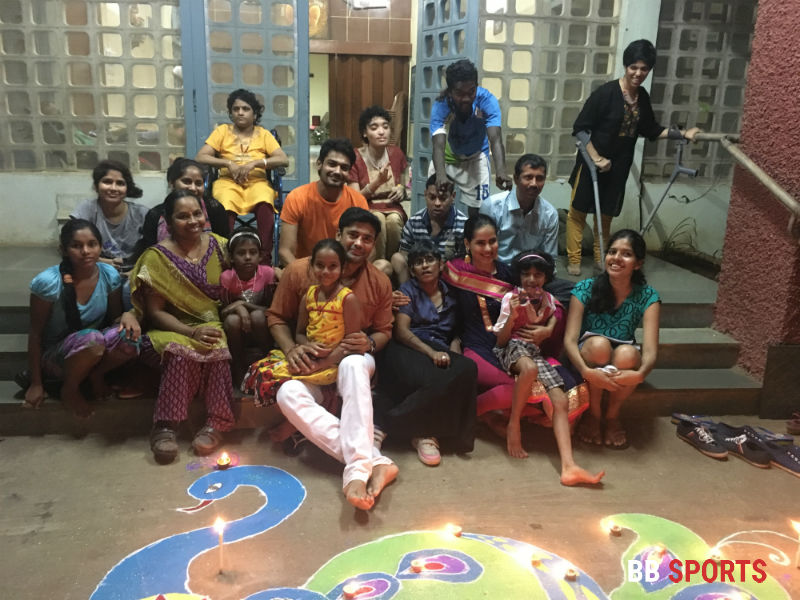 A large number of celebrity messages on Diwali are all talk and no actions. Sangram actually took upon himself to stay true to the message he gave out on Diwali to his fans and well wishers. In the message Sangram urges people to stay away from crackers and Chinese lights and most importantly gives a message of ‘selfless Diwali’. 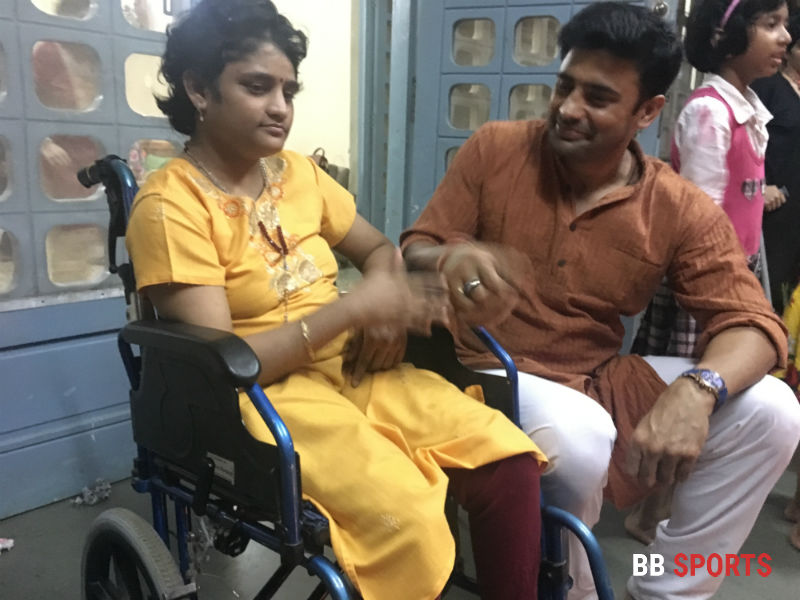 In the spirit of the same selflessness and finding happiness in other people’s joy, Sangram went to meets these brave kids bearing gifts. He went with loads of scrumptious Diwali treats. But beyond the physical gifts, the most important thing was the time that he spent with these brave and gifted children. It was quite the delight to see the other side of this gentle giant. The artistic side. As Sangram is against fireworks he found a better way of spending time with the kids. He replaced the destructive energy of fire crackers with the positive creative energy of Rangoli. Sangram and the kids all sat down together to create a beautiful piece of this traditional art form. 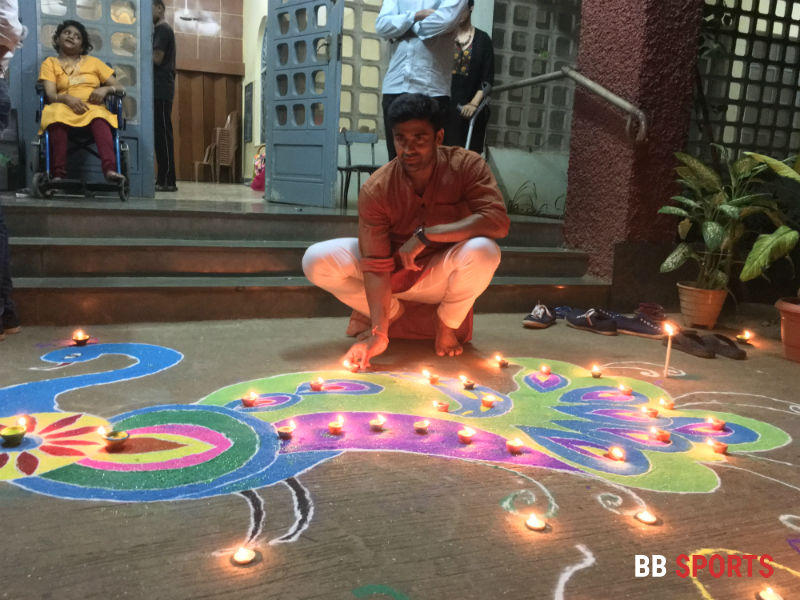 His parting message to all was very inspiring. The ace sport star said, “Diwali or any other festival, all festival are festivals of love. So I urge you all to share this love with those who need it the most. Share some homemade food with them. Instead of fire crackers, buy some clothes for them, winters are also approaching.” 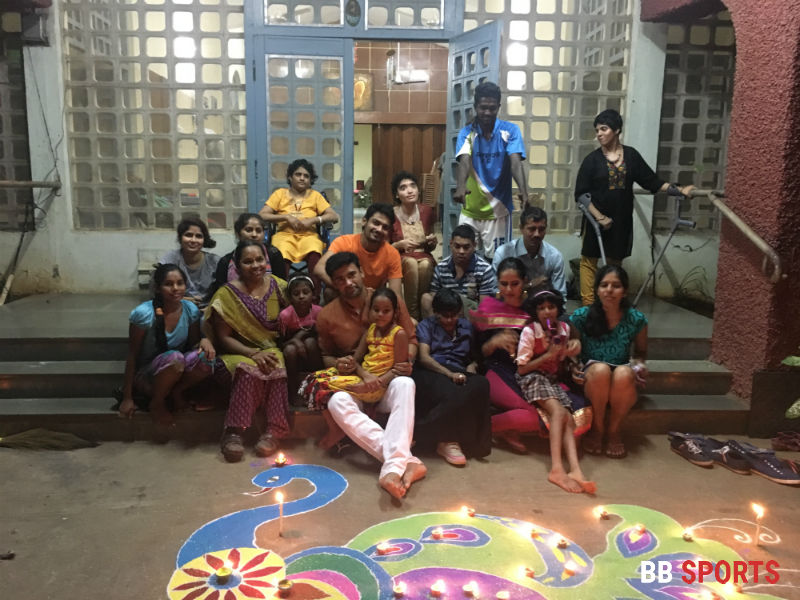 Sangram goes on to add a message that he has always believed in. “As they say, everyone lives for themselves, may it be birds or animals. But if you can put a smile on the faces of 5 – 10 (underprivileged) kids during any festival that is a life worth living.”

Sangram has also been a very vocal advocate for women empowerment through education for the girl child. As long as people with such true emotions, humility and honest hearts are there to inspire the youth, we surely have some positive role models left in our society. No wonder he is invited as a motivational speaker for not just children but also the army itself.