Holi Festival Essay with Headings is an easier way to explain the information about the festival of Holi as it has lends crisp information to the reader. You will find a number of Essay on Holi English on theinternet for that matterbut if possible for you, choose the Holi Essay in English which is a minimum of 150 words and has headings. You can easily jot down Holi Essay in English in 10 lines to get the crux of the entire story. Read out from below the Holi Festival Essay and learn about the conclusion of Holi in English. This Holi Festival Essay is apt for children studying in Class 5 until Class 10.

Colors and waters, sweets and loud music, extreme madness and joy all around; this is what Holi symbolizes in India. Pointedly one of the least religious festivals in India, Holi is the most exhilarating and fun one, for young and old alike.

Marking the beginning of a new season, commemorating good harvest, Holi is named after the famous story of Holika.

Though most of know the ancient Hindu story, here is the gist of it. The Hindu mythology on the significance of Holi. 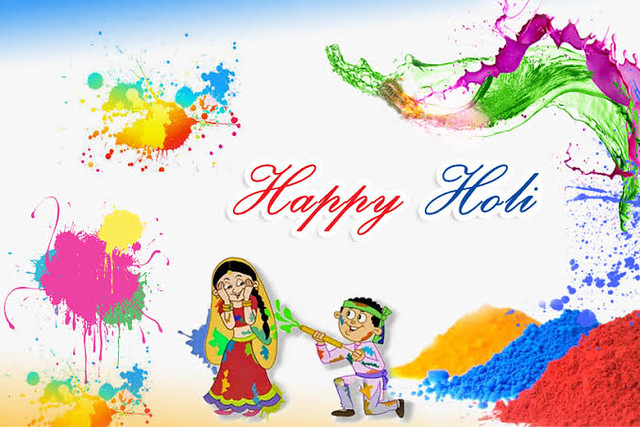 Holi falls in the month of March every year and has a deep in significance attached to it. The king of demons, Hiranyakashipu was granted a boon by Lord Brahma. According to this boon, he could neither be killed by a man or a woman, at day or night, inside or outside his house, neither on earth nor in sky, neither by astra nor shastra; thus it was impossible to kill him. As a result of this boon, he became invincible and arrogant. He attacked heaven and earth and laid down the rule that no one should worship God. Alas, his own son Prahlada was an ardent devotee of Vishnu. Despite Hiranyakashipu’s repeated threats, Prahlada did not stop worshipping Vishnu.

Hiranyakashipu tried to kill Prahlad in several ways. When he poisoned him, the poison became nectar in his mouth, when ordered to be trampled by angry elephants, he survived; when put in a room full of poisonous snakes, he survived. At last, determined to put an end to his son, he ordered him to sit on a pyre on the lap of his demoness sister Holika. Holika had a boon of not being harmed fire. Prahlada prayed to Vishnu to keep his safe and lo and behold! As he sat on Holika’s lap, she burnt to death and he survived.

This burning of Holika and salvation of Prahlada is celebrated as Holi.

May your blacks and whites be emblazoned with the colors of life. Happy holi!

Campaign for a Waterless Holi: Empty symbolism or an idea whose time has come?

This year, as many states in our country face acute water shortage, we humbly make an appeal to use less water and definitely use only safe colors. Do not forget that while you get carried away in the celebrations, you need to be aware of the plight of those facing tough times in drought.

Though it is admittedly difficult to urge everyone in your neighborhood to stop wasting water altogether on Holi, you can take small steps and let the change begin with you.

Do not use water pipes and unleash torrents of water on everyone. Do not use hard colors which are difficult to come off. Not only will this lead to more water wastage as people later try to wash it off, it also causes skin problems.

A small change of way in how you celebrate Holi this time, may make a big difference to many, including your future! Make it a Happy Holi for not just you, but everyone around! 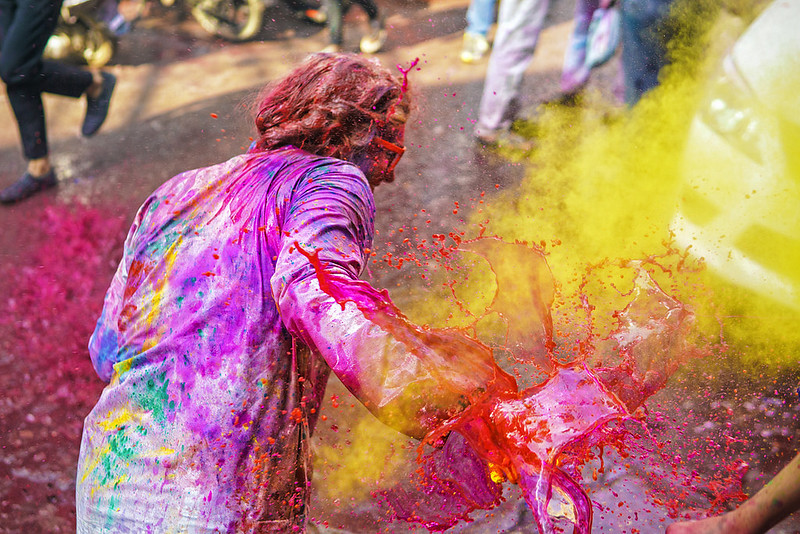 This is one issue that resurfaces every year during Holi. A number of girls and women complaint that often men touch them inappropriately or take advantage of them while applying colors.

Men, remember – Touching, fondling and even applying color of Holi on a woman/ girl without her consent is wrong. No matter what!

And girls, if you face such a situation, give a shout out. You must be among/with people you know (friends, family) and when the person who is troubling you sees you defying would give up among so many people. And if it is your friends who are inadvertently making you uncomfortable, politely tell them so. We are sure your friends would get cautious!

Conclusion of Holi in English

We all know that Holi is a festival of colors but to play with them in a ruckus kind of way is not a good deed at all. Not only Holi, every festival should be celebrated in a responsible manner. We all know that being excited about the traditions is not a crime but being responsible for the safety of others is your duty. Hence, Please be safe and  keep other safe too this Holi.

Have a colorful and a very happy Holi!!